This new product has no specific model, only tested as "Intel 0000", obviously still an engineering sample, andThe detected frequency reference 2.19GHz and Turbo 3.28GHz are obviously wrong, because the single-core and multi-core performance is 3.4% and 7.4% higher than the current 18-core, 3.0-4.4GHz flagship Core i9-9980XE. 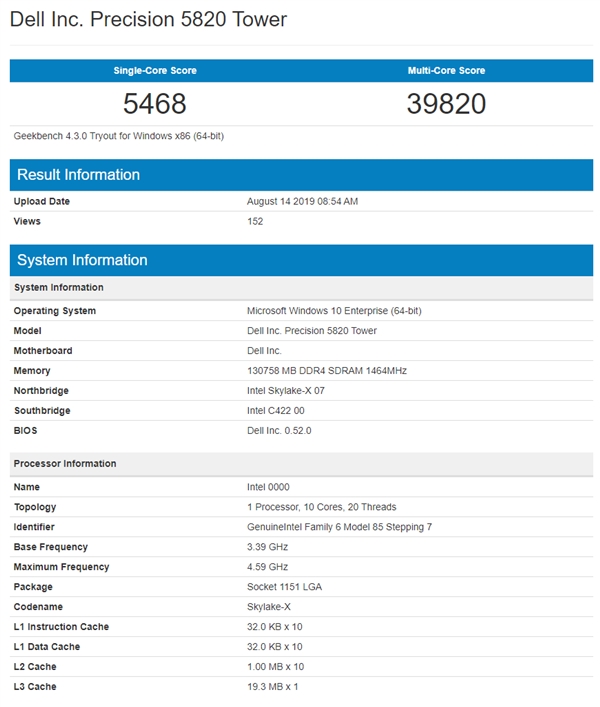 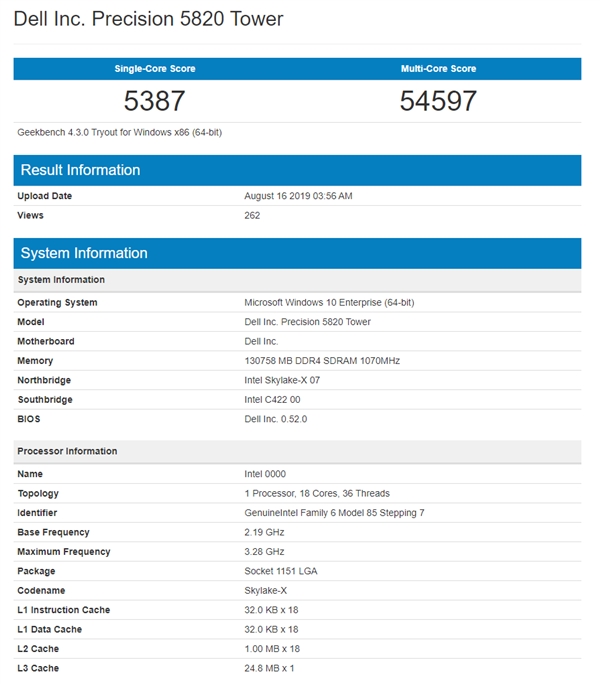 obviously,Cascade Lake-X has no essential changes, or continue to increase the frequency(The third-level cache has not changed or the 18 core corresponds to 24.75MB), and the frequency of the four-channel memory is expected to continue to rise.

But I don't know if the thermal design power consumption can continue to be controlled at 165W, and I don't know if there will be more core higher-end models, because nowAMDThe ripper family is still completely unable to lift their heads.

Also worth noting is the model name. The 10th generation Core that just released has been used with a five-digit plus letter number. The Core X-9000 series is also on the top. Isn’t the next generation flagship called “Core i9-10980XE"?"