The name is engraved on the silicon chip and sent to Mars: 230,000 Chinese have participated

IT House August 17th news earlier, NASA launched a special event, the next generation of US Mars rover "Mars 2020" is scheduled to be in July 2020 from Cape Canaveral, Florida Air Force Base 41 The launch center launches. At that time, "Mars 2020” will carry a journey with a silicon chip with a name."

According to Xinhua's point of view, more than 8.46 million people have signed up to engrave their names on silicon chips, and follow Mars 2020” to Mars, including 230,000 in China. 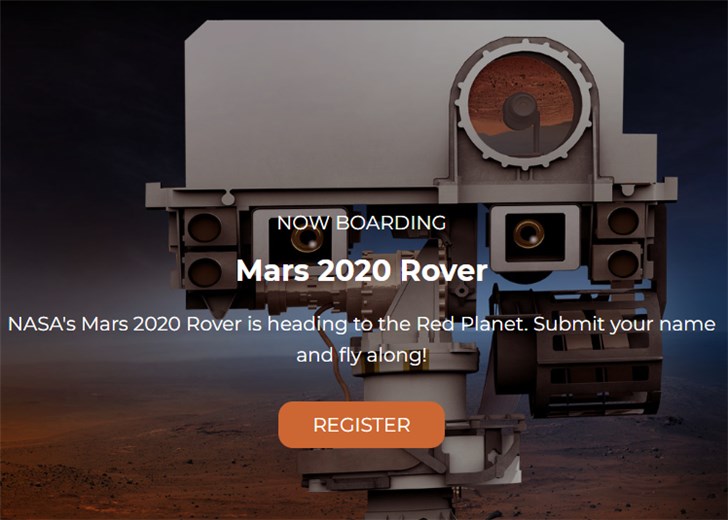 It is reported that these names will be very small, about one-thousandth of the width of human hair, NASA engineers will use the electron beam to etch the name on the silicon chip.

The main mission of the Mars 2020 Rover is to further explore life on Mars and to drill and collect soil samples from Mars. Thomas ·, deputy director of the US Space Agency's scientific mission, said that he hopes everyone can participate in this exploratory journey, which will uncover many unsolved mysteries of Mars, including the origin of life. 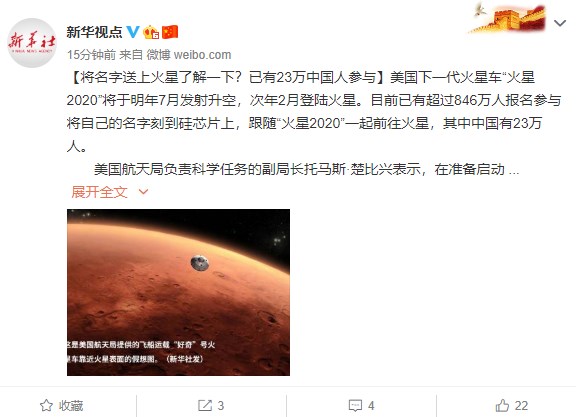