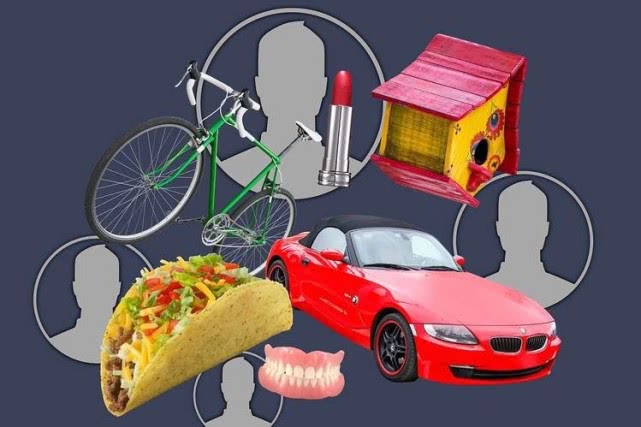 Tencent Technology News, August 17 news, according to foreign media reports, one in three people in the United States have used Facebook's e-commerce platform Facebook Marketplace, but its so-called real user information does not bring true to consumers The sense of security.

In 2016, Facebook created an online flea market where users can see not only all the bikes, bird cages and BMW cars sold nearby, but also the names, avatars and locations of buyers and sellers.

But the experience of many Facebook Marketplace users shows that this creates a false sense of security and provides a fertile ground for fraud or misconduct by both parties.

Some buyers on the Facebook Marketplace say that many sellers are free to change the price of the product, list illegal or counterfeit products, or scam through multiple profiles. Sellers say they sometimes encounter unreasonable offers, fraudulent payments, or hopping.

The bad guys sometimes disappear after shielding the victim, which is to prevent others from seeing their personal information. The Facebook Marketplace also allows buyers and sellers to set their comments to private mode, which many say is contrary to the original intention of creating a commenting community and building trust.

Sgt. Robert Parsons, a police officer in Dunwoody, Ga., said that a sale in his town through the Facebook Marketplace eventually led to a gun robbery. Such incidents prompted Dunwoody and the police department in the United States to open offices as a safe offline place for people to trade on Facebook.

Parsons said: "The criminals have turned the Facebook Marketplace into a place where victims can be approached. ”“Having a profile on Facebook does not mean that he is the person you are looking for. ”

In the help forum, Facebook recommends that users who claim to be victims of crime call the law enforcement agency or report the illegal user's profile to Facebook. Facebook also said that users can use someone's profile to assess when they use the site and whether they have a common friend.

A Facebook spokesperson said: “We have been working hard to make Facebook Marketplace a safe and secure place to buy and sell. & rdquo; & nbsp; Finally, these are transactions between real users, although we have strong measures and guidelines to ensure people's safety, but no system is perfect. ”

Deborah Liu, Facebook's vice president of marketing and business, said that he was responsible for bringing the market online three years ago to encourage bartering in informal Facebook user groups.

Like Craigslist, the social media giant has no control over payments, shipping or pricing. It also does not charge users. Facebook makes money by selling ads that appear between product lists.

Liu said that unlike Facebook groups, Marketplace does not provide such controls to users, but Facebook itself can revoke users' trading privileges after review. She said the review team needed to scrutinize the personal data being tagged to ensure they did not unfairly remove users. “We actually have to do some due diligence to understand what happened. ”

Lindsey Sterling, a 30-year-old nurse from Toronto, said she often buys cosmetics on the Facebook Marketplace because it's convenient, but the platform is always unsupervised. Earlier this year, she bought a set of American net red Kelly · Kylie Jenner's lip sleeve from a woman in Toronto and transferred $30 to the seller. She said: "All profiles seem to be legal. ”

She said that the man assured her that the parcel was already on the road, but it was never sent to her own hands. She said that she and her friends have been cheated many times, so that they joined a Facebook group called “Facebook Marketplace Liar Alert”. The purpose of the organization is to let members know each other about bad actors on the platform, especially those who have established multiple profiles. The entire group has more than 2,000 members.

The number of users on Facebook makes it easy for sellers and buyers to find the other party with buying and selling needs, and the chat function can seamlessly conduct face-to-face transactions. Morgan Stanley analyst Brian Nowak and Brian Nowak told Facebook executives in a conference call in February that he used the market to sell the yard he bought. A 50-pound steel anchor in it.

“It’s sold out in one day,” he said on the phone. Then he put the old shoes that were not used on the net, and the shoes also sold very quickly. “There is a lot of liquidity,” he said.

The market was first launched in 2016 and also caused Facebook to apologize for all kinds of illegal items appearing on the platform. The company blamed the release of these posts on a technical issue with its system, namely how to identify a problem with a post that violates its policies.

Liu said the company uses machine learning to detect and block shelves that violate company policies. If Facebook incorrectly blocks a product item or misses something, the user can appeal the decision or report a product.

She said that Facebook will not regulate products that comply with its policies. But over time, the algorithm displays a list of items that match the user's browsing preferences. She said: "We don't tell people what they can buy or sell." ”

“This is a paradise for scammers,” McKenna said. “They like to do this because they can create a fake profile that legalizes them. ”

Facebook says it has some restrictions on sellers to stop the emergence of scammers. Its current requirement for sellers is that they cannot be new to Facebook and must be at least 18 years of age.

Facebook says it regularly deletes fake accounts and is developing a new system to make comments more transparent. The company recently announced that people will soon be able to pay directly on Facebook. Liu said that if a scammer stops the victim in order to evade censorship, the buyer can still contact Facebook through his help page.

Sharing personal information can sometimes pose a security risk. McKenna said that his wife was worried about her safety when she became hostile after buying a handbag from their home. “What you are worried about now is not selling $100, but your entire property. ”

News reports about the wrong trades abound. In July alone, several people reported robberies and other illegal incidents that began with Facebook Marketplace interactions. A victim in Shreveport, Louisiana, told the police that a buyer had pulled out the gun and took the item he had bought without paying. A woman in Racine, Wisconsin, said that a buyer sprayed pepper on her and then ran away with her two iPhones without paying. In Memphis, a man was shot in a regular sale.

Memphis 25-year-old Stone & Middot; Stone Pannell said his road bike was stolen from his porch last month and soon appeared on the Facebook Marketplace. He found that his car was priced at $850.

He reported the police, but the police told him that unless the thief sent the bicycle to the pawnshop, they could not help him. If the license plate number matches his bicycle, the pawn shop will issue an alarm for the stolen item.

Pannell had to start trying to get his bike back. He told the seller that he had reported the case to the police, but he would not file a complaint if he could return the bicycle to him. Eventually the seller agreed to place the bicycle where he could take it himself.

Although he recovered his bicycle, Pannell said he was surprised by the lack of accountability. “If the guy knows everything I have,” he said, “then he will only say & rsquo; casual & rsquo;, then block me. & rdquo; (Tencent Hungry Technology Review / 皎晗)