China Unicom Chairman exposed insider: 5G is not with telecommunications or with mobile cooperation 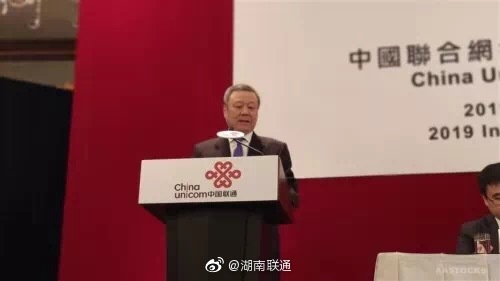 Wang Xiaochu made the above remarks at the recent China Unicom Interim Results Conference. He said that 5G will enter the investment period next year. The company is currently working with China Telecom andChina MobileThere are two possibilities for cooperation and cooperation. One is to cooperate with China Telecom, to build and share, and to operate separately. The second is to cooperate with China to move roaming mode. The company will compare the two modes to choose China Unicom's more favorable mode.

At that time, he said that the biggest advantage of China Unicom and China Telecom cooperation is that the two 5G frequencies are very close, which can improve spectrum efficiency, faster bandwidth and more effective network quality. "In this way, our overall idea is to build and share together, and the two sides will jointly build, who will build and maintain, and the maintenance cost will be greatly saved; their respective operations will keep their own brands and customers to operate; settlement is simple."

He also revealed that China Unicom is also negotiating with China Mobile to cooperate in a roaming manner.

"Then I am not so anxious about 5G. For example, I can build it in the central city. The built area no longer needs to roam. Most of the areas can roam to China Mobile, so that my users can enjoy the 5G service experience on the whole network. At the same time, it has improved the efficiency of China Mobile's 5G network, and it is also a win-win situation," Wang Xiaochu said.

This strategy is undoubtedly brilliant, which also solves a confusion of people, that is why China Unicom's 5G investment is not high.

Wang Xiaochu said that this year China Unicom's total capital expenditure control will remain unchanged at the beginning of the year, with a total investment of 8 billion yuan. In the first half of the year, the company's capital expenditure was 22 billion yuan, of which 58% was invested in mobile networks and 15% was invested in fixed-line broadband.

China Unicom's 8 billion 5G investment this year, China Mobile is 24 billion. It seems that there is a gap, but China Unicom does not seem to care about building a 5G network everywhere.

The rumor that the operator's financial network earlier obtained was that China Unicom and China Telecom jointly established a 5G network, but it seems that China Mobile does not exclude cooperation with China Unicom. This may be related to Yang Jie’s appointment as chairman of China Mobile.

In the past, China Mobile's network leased to China Unicom, there seems to be no possibility.

If China Unicom cooperates with China Mobile's 5G network, it means a huge progress in history. After more than a decade of mobile, China Unicom will not be so vicious and spoof each other.

Related news
First line | China Unicom announced that the first batch of 5G mobile phones are in place. The measured speed exceeds 1G per second.
First line | Lei Jun He 5G commercial license issued Xiaomi into one of the first commercial 5G mobile phone manufacturers
Why China Unicom is the Best Partner of Radio and TV 5G? This is the answer of Wang Xiaochu.
8 million users have booked a 5G package: China Mobile accounts for nearly 5 million of the total
China Telecom and China Unicom set up 5g working group: Chairman of the board of directors to coordinate 5g sharing and co construction
China 5 G Market will 2 2 Competition patterns
Hot news this week
||||||||
Celebrating Hubble's 30-year launch of NASA's "birthday universe" special page
865 Jiachi Meizu 17 access: support 30W fast charging
HuaweiP40 release: with HMS hard-core google, no price increase to grab the global high-end machine market
More than 60000 original articles are protected every day, and Tencent's "zhixinlian" helps the author of penguin to protect his rights
Awesome China scholar! The latest paper on the cover of Science: how the new coronavirus invades cells
Lenovo into Luo Yonghao's first collaborators? Insiders: not settled in contact
Xiaomi 10 / 10 Pro mobile phone goes out to sea: Show crooked nuts what the earth looks like under 100 million pixels
Is telecommuting inefficient? The father of Linux has five experiences
Lei Jun: Xiaomi 10 Pro has dominated the list for a month and a half
The most popular news this week
Yu Chengdong's big move comes from Huawei's smart screen flagship new product Prospect: launched on April 8
Chip like but cheap a large section of "beggar version" graphics card worth buying?
Reuters: Samsung's S20 sales fell by 30% under the epidemic, and the 5g first mover advantage in South Korea is not guaranteed
Tai-Bing Electric Vehicle "Thunderstorm Battle" Operation has achieved remarkable results in pursuit of Fujian, Hunan, Jiangxi and Anhui provinces
Zhao Ming denies 4G mobile phone inventory: glory has been in short supply
DxOMark praises Huawei's P40 Pro: taking photos for 140 minutes, creating an unparalleled still image effect
Where is the bull of YouTube that everyone wants to be?
Multiple pirated tools implanted rootkit virus Tencent computer housekeeper overall investigation and killing
Xu Lei of Jingdong talks about Ruixing's financial fraud: it is destructive to the image of Chinese Enterprises
Exclusive interview with Sony Takahashi: X1 chip will be popularized throughout the line 8K will not be stranded