Qualcomm CEO: Despite the differences, we are not a "dead enemy" with Apple. 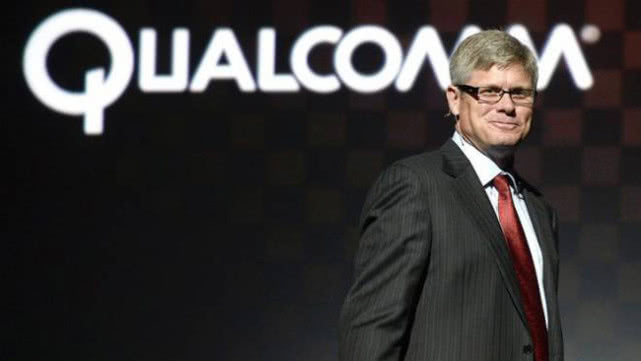 Tencent Technology News, August 19 news, according to foreign media reports, in early April this year, when Apple and Qualcomm announced a settlement of patent disputes, for those who are concerned about this long-standing legal battle for several years, this They may surprise them. However, for Qualcomm CEO Steve Mollenkopf, it is a matter of course to end in this way.

In an interview recently, Morankopf was asked: There is obvious hostility between Qualcomm and Apple. It can even be said that the two companies were dead before, now you help the two sides to achieve reconciliation? In this regard, Morenkopf said: "In fact, it is true. I mean, we are not a deadly enemy with Apple. We have very close business contacts, I think we can solve this problem, and now focus on the product. ”

On the day of the settlement agreement with Apple, Qualcomm's share price jumped 23%, the biggest increase in 19 years. The dispute between Apple and Qualcomm involves Qualcomm charging Apple and other companies for patent fees for mobile technology. As this technology has become ubiquitous, Qualcomm is charging royalties to all handset manufacturers even if they don't use their chips. This practice not only angered Apple, but also angered the US Federal Trade Commission (FTC). In January 2017, the FTC sued Qualcomm for alleged anti-competitive strategies.

Apple has reason to resolve its differences with Qualcomm as soon as it requires 5G chips produced by Qualcomm. Qualcomm not only produces mobile phone processing chips, but is also at the forefront of manufacturing 5G chips. Consumers need a new mobile phone with a 5G chip to access the 5G network, which provides ultra-fast network speeds that allow you to download the entire movie in just a few seconds instead of a few minutes. Morankopf believes that cooperation with Apple will be crucial in this area.

Morankopf said: "I am very happy. The two companies are now most concerned about how we integrate these two great engineering teams and create products. This is a more natural discussion between the two companies, I prefer this way. We have overcome the differences between the two sides, and that is only part of the business. Now we are in the product section. ”

In addition to resolving the dispute with Qualcomm, Apple recently acquired Intel's smartphone modem chip business for approximately $1 billion. Therefore, the technology giant is likely to start developing its own 5G chip. However, for now, the cooperation between Qualcomm and Apple seems to be fruitful.

Morankopf said: "Obviously, our relationship with Apple has opened a new page, and I appreciate it. I think this is great! ”(Tencent Technology Review / Jinlu)

Related news
Apple Watch skyrocketed last quarter accounted for one-third of global shipments
Goldman Sachs CEO praises early test results is gratifying Apple Card will officially arrive this summer
Software engineer complains Apple TV and Apple News subscription promotion is too much
Hot news this week
Xiaomi's new keyboard and mouse product: keyboard can't only be used for typing
Ali, Tencent join the bureau," health code "can really replace the pass?
Opening of AMD's official store: Ruilong Limited gift box $150
Novel coronavirus pneumonia CDC may be followed by China's suspension of work and suspension of school
Here comes the 7 nm sharp dragon! Lenovo released ideapad slim 7 amd version on the US official website
"Cloud conference" is coming! Suning will broadcast Huawei new product conference live: held online on February 24
Samsung TV's global sales volume is the first for 14 consecutive years: qled is twice as big as LG OLED
Alipay's 240 thousand living materials rush to Wuhan, including 70 thousand packets of diapers / sanitary napkins, etc.
Climate change may dry up this river in the United States. Millions of people will be seriously short of water
Huawei releases new matebook d 14 / 15: upgrade amd R7 / Core i7
The most popular news this week
Baidu withdraws the lawsuit and Wang Jin responds: the one who is clear and the one who is turbid
Tesla speed up to Apple
Is it dangerous to cancel Microsoft Sony's exit from GDC Apple Google developer conference at F8 conference?
What's the direction of mobile phones in the future for vivo's new apex 2020?
Eric Schmidt thinks Silicon Valley may lose to China
Interpretation of Baidu's Q4 financial report in 2019: to alleviate the downturn in the first three quarters, it is necessary to define the growth point in the future
Why does the new crown outbreak not necessarily originate in China?
Here's a smart watch that costs only 130 yuan. It looks like an apple watch
Forbes China's 2020 Richest Women's List: Yang Huiyan First Ma Dongmin on the list
NVIDIA announces new AI anti aliasing DLSS 2.0: 75% increase in light chasing performance