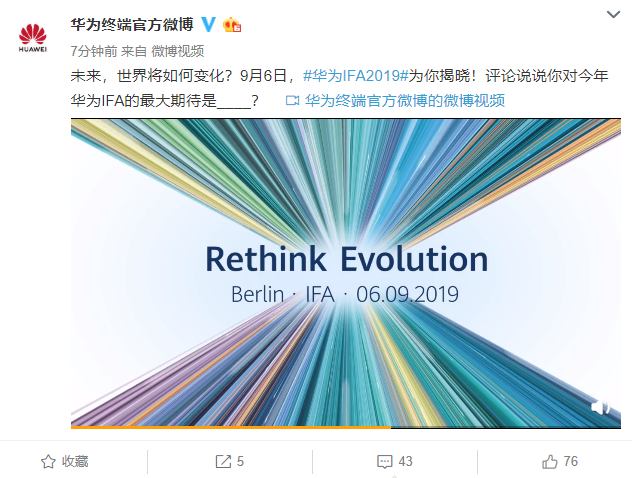 This afternoon, @华为终端官方微博 issued a notice saying: "In the future, how will the world change? On September 6, #华为IFA2019# is revealed for you! Comment on your biggest expectation for Huawei IFA this year is ____?"

Judging from the comments below, almost all netizens point the new product to the Kirin 990, which seems to have basically not ran. 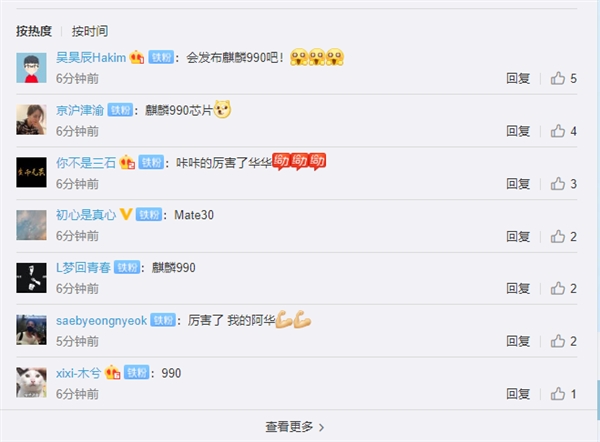 According to previous news,Kirin 990 will also issue TSMC's 7nm EUV process, and it is highly likely that the 5G baseband will be integrated for the first time.

Not surprisingly, in addition to the process upgrade, Kirin 990 will continue to perform on the basis of Kirin 980, and it is expected to adopt the self-developed Da Vinci architecture NPU (previously Kirin 810 has adopted).

By convention,The Huawei Mate 30 series is naturally the first Kirin 990 terminal. At the same time, the EMUI10 is launched, and the camera system is upgraded (the square module is rounded behind). The comprehensive strength is unquestionable.

According to foreign media reports, Huawei Mate 30 series is expected to start in Munich on September 19, and move to Shanghai on September 26.