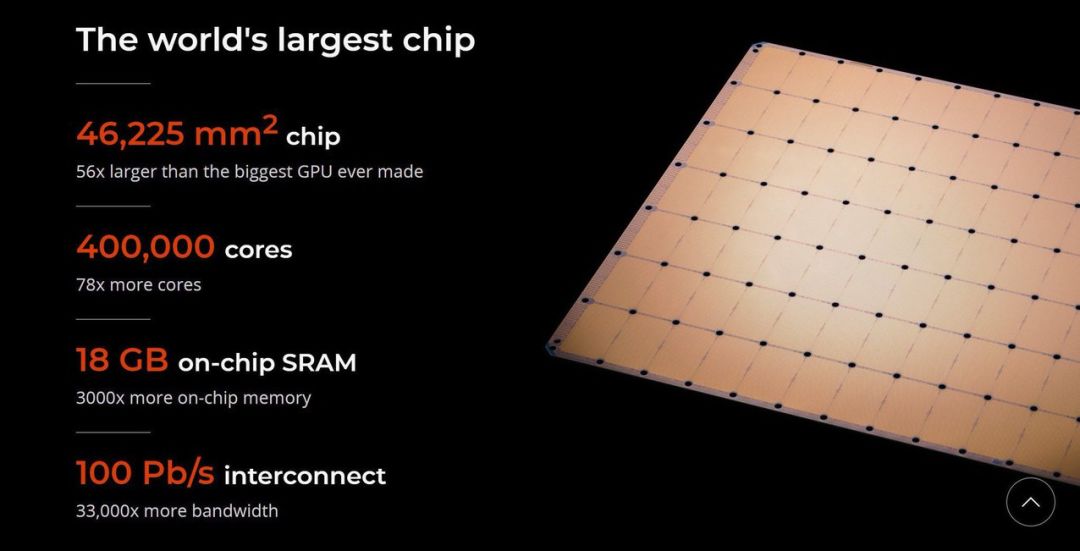 WSE, the record-breaking largest chip, was created for AI computing.

In fact, most of today's chips are multi-chip integration based on 12-inch silicon chips. But Cerebras Systems's chip is a transistor that makes interconnected independent chips on a single-crystal silicon wafer. Its interconnected design allows all transistors to operate at high speed as a whole. 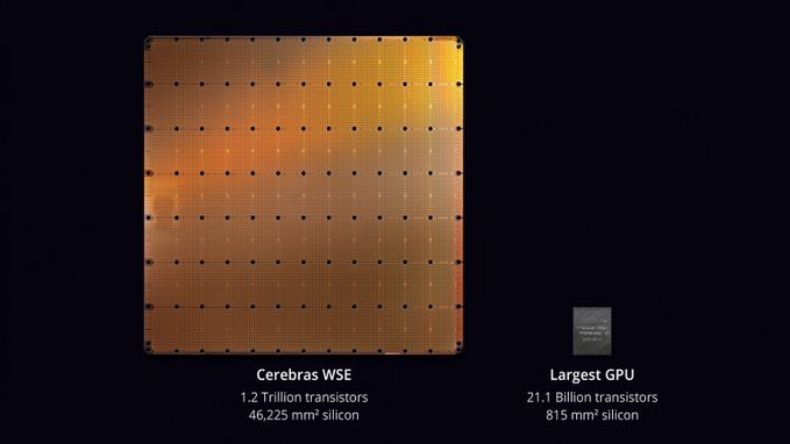 It is generally explained that this product is completely high achiever in the computer, more than computing power and storage bandwidth, sorry, other people's level is still a new word. 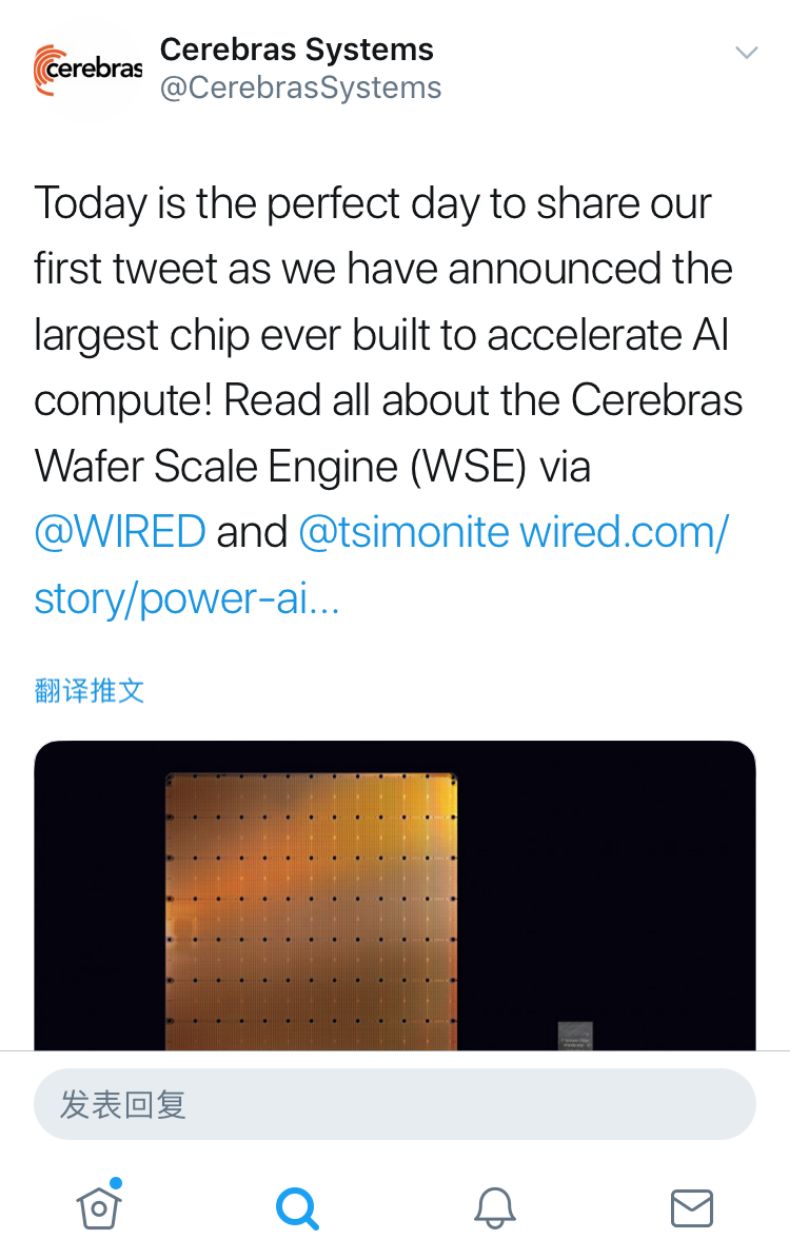 In the field of artificial intelligence, the size of the chip is very important. Because large chips process information faster, it takes shorter time to produce answers. Reduce the time of observation, oTherefore, reducing training time will eliminate a major bottleneck in the progress of the entire industry.

Of course, there's also a reason why chip manufacturers don't usually produce large chips. On a single wafer, impurities usually occur in the manufacturing process. A little impurity can lead to chip failure, and even severely break down several chips. If only one chip is made on a single wafer, the possibility of impurities is 100%. Impurities will invalidate the chip.However, Cerebras Systems chips are designed to leave enough room to ensure that one or a few impurities do not invalidate the entire chip. 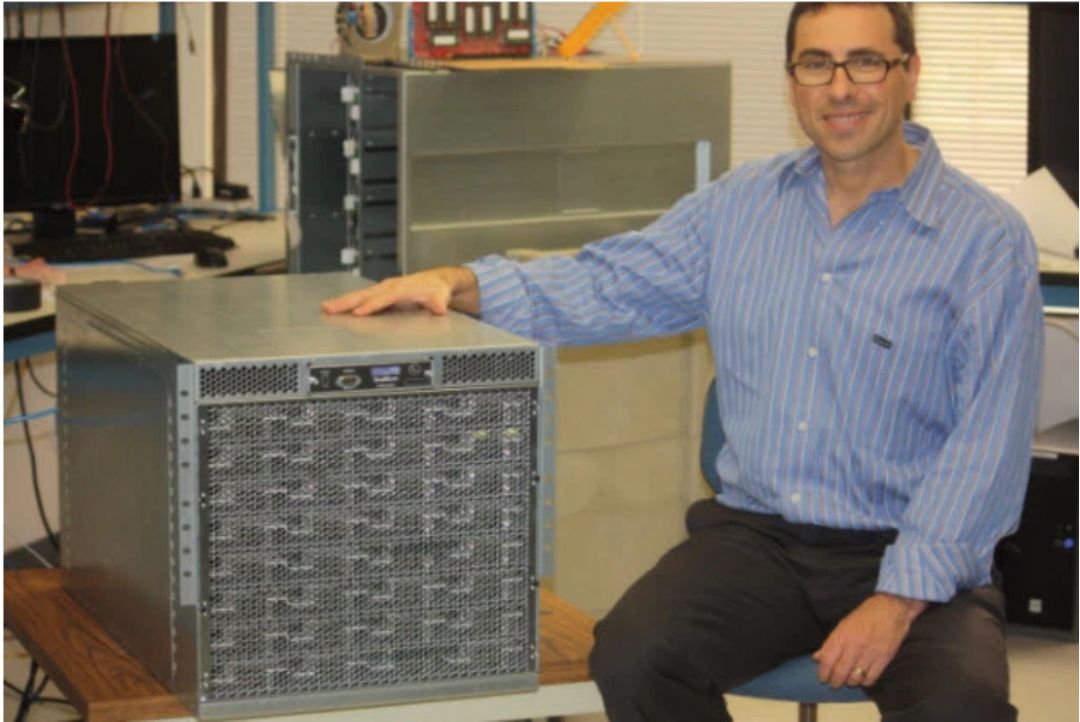 Cerebras Systems CEO Feldman said in a statement that

These performance improvements are achieved by accelerating all the elements of neural network training. Neural network is a multi-level computational feedback loop. The faster the input passes through the loop, the faster the loop learns o

In terms of communication architecture, because of the use of relay processors in WSE, cluster communication architecture breaks through the bandwidth and delay problems caused by some power consumption in traditional communication technology.By using a two-dimensional array structure to connect 400,000 WSE-based processors, the cluster architecture achieves the characteristics of low latency and high bandwidth. Its overall bandwidth can be as high as 100 beats per second (1017 bytes per second). Even if no additional software is installed, such a cluster structure can support global information processing, and the received information can be processed by the corresponding processor.

For this product, mass production and heat dissipation may be the main challenges it faces.However, the emergence of WSE, its own bright spot is enough.

Jim McGregor, chief analyst and founder of Tirias Research, said in a statement: 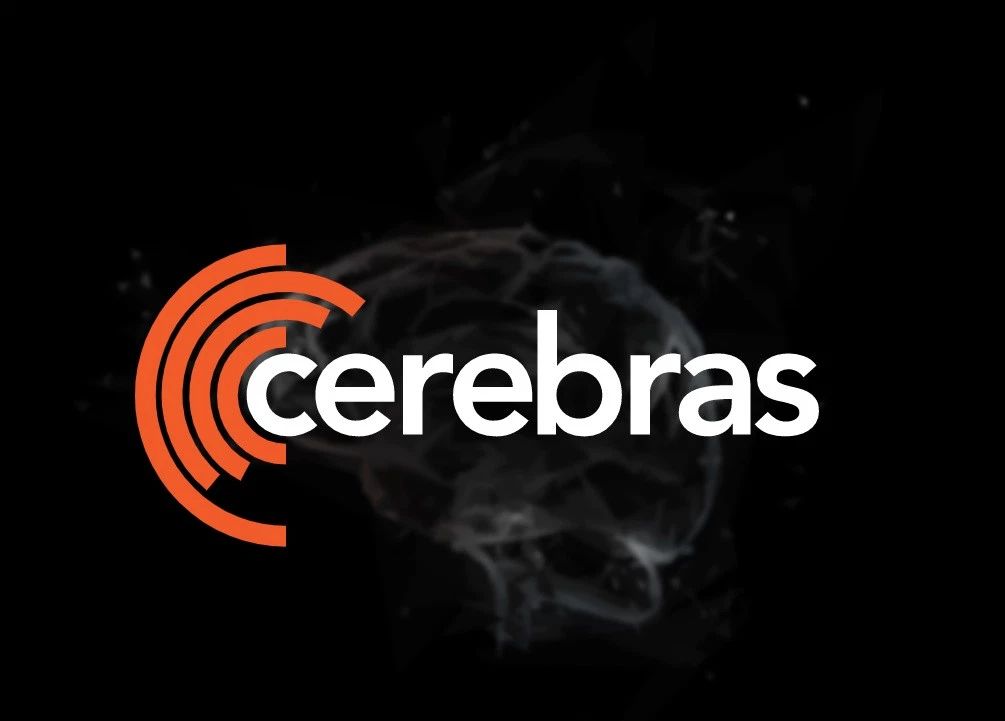 Cerebras Systems was founded in 2016. Since its inception, Cerebras Systems has been playing a very mysterious and low-key role in the industry, focusing on providing chip products for training data centers.Was rated by CB Insights.

The company's founding team background strength is also very strong.Co-founder and CEO Andrew Feldman, who founded SeaMicro, a chip company, was acquired by AMD for $334 million in 2012.After SeaMicro was acquired by AMD, most of the former team members entered AMD to continue their work. So when Andrew Feldman waved his banner to continue his business, many of his old colleagues chose to follow him. Most of the other major team members went out with the founder, Andrew Feldman.

One of the noteworthy figures is Gary Lauterbach. In the 1990s, when Sun was in the ascendant, Gary Lauterbach was a senior chip designer of Sun, and later came to SeaMicro to design low-power servers. It can be said that the company had accumulated a large number of veterans of low-power chip designs at the beginning of its inception, which is for ordinary start-ups. No doubt we won at the starting line.

Then, in 2018, another heavyweight joined Cerebras Systems, where Dhiraj Mallick, former vice president of Intel's architecture and chief technology officer of data center, formally became Vice President of engineering and business. During his tenure at Intel, his revenue in the second quarter of 2018 increased by $1 billion from a year earlier, raising the company's data center revenue to $10 billion in the first half of 2018 alone. He is a recognized technological and business wizard. He is also an old colleague of Andrew Feldman in SeaMicro and AMD. Now the company has 194 employees.

Cerebras Systems has a long way to go, but it's not hard to imagine.AI is bringing a wave of innovation in computer architecture and chip packaging technology. We can expect that we will witness the birth of more interesting and even unexpected AI chips.

Related news
At the age of 30, she decided to return to China to make AI chips.
Baidu lifeline AI
Integrated 1.2 trillion transistors! American AI chip "black horse" kills, develops the biggest chip in history
Intel releases horse ridge chip: 22nm technology can control multiple qubits
First low temperature control chip released by Intel: code number horse ridge adopts 22nm Technology
Intel announces horse ridge low temperature control chip for quantum computing
Hot news this week
Qualcomm lobbied the US government to lift the ban on the sale of components to China
Tencent re racing e-commerce, but does not want to make the next pinduoduo
Wechat in Apple's Google App store may be banned. What if wechat can't be used on iPhone
Tencent's response to wechat ban issued by the United States: under evaluation
Xiaomi 10 supreme commemorative edition press conference Lei Jun's live rehearsal
Foreign media revealed White House documents: the ban may make apple and Google "off the shelves" tiktok
After the sesame seed, Alipay's "financial points" is officially launched: let's see how much you have.
The United States blocked tiktok and wechat one after another: This is the real purpose!
Tencent launched the largest school recruitment in history, and these positions are most popular
Votebymail is dedicated to helping American voters easily apply for postal ballots
The most popular news this week
Samsung releases Galaxy Note 20 series of mobile phones :12 512GB emperor's edition 9999 yuan
Blue light not only hurts the eyes: it can also increase the risk of depression
Is it feasible for Huawei's "Tashan plan" to beautify 45 / 28nm production line?
Huawei is just 30
Net profit of Netease in the second quarter was 5.2 billion yuan, up 33.3% year on year
Why does the game book need 144hz high refresh rate? Lu Weibing hit the nail on the head
Foxconn: "the era of China as the world's factory is over" is an over interpretation of the media
Huawei's "Tashan plan" is refuted: is it feasible to de Americanize the 45 / 28nm production line?
Apple will launch a bundled subscription service called Apple One"
Net income was 18.2 billion yuan, net profit was 4.5 billion yuan