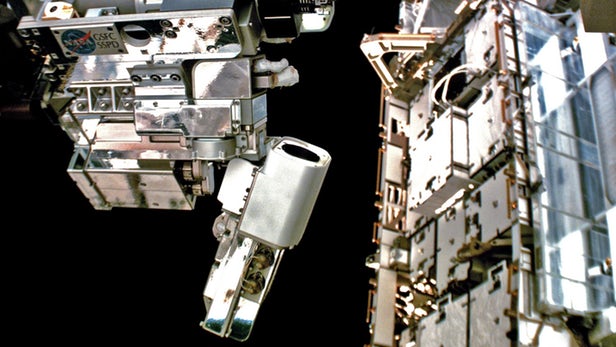 Up to now, any space mission must carry enough fuel to terminate its mission when it is launched. But that means the spacecraft must add extra weight, sometimes even as expensive as the boosters needed to put it into space.

On the one hand, NASA's Artemis mission will use a larger rocket than the classic Saturn 5, which will be extremely expensive. On the other hand, the duration of the satellite mission is severely limited by the fuel storage tanks it carries. Once exhausted, the satellite must be scrapped.

Considering the volume and cost, the on-orbit fuel injection scheme is very necessary. Depending on actual needs, agencies can launch rockets like a smaller one, or collect elements from the moon or even nearby asteroids, and then transport cryogenic propellants into space.

Since 2018, RRM3 has been installed alongside Canadian Dextre robots outside the International Space Station. Researchers have been working on how to transfer cryogenic liquids to satellite tanks and how to store them for months without boiling. 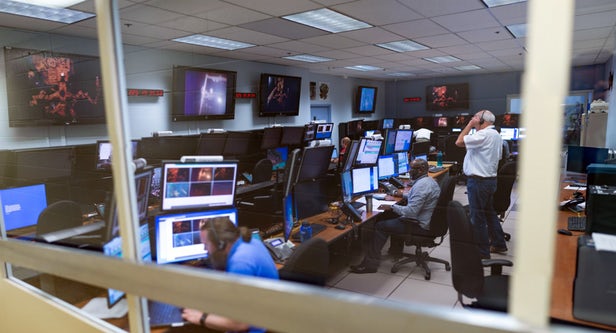 According to NASA, when a failure occurs that requires fuel to be discharged, it has to abandon cryogenic tests using liquid methane. Since then, the project team has focused on the tools used in the transfer.

To this end, Dextre undertakes the task of taking out the refrigerant coupling adapter using MFT2 and putting it into the adapter port, and then RRM3 module takes over the remaining refueling tasks.

Related news
NASA: Opening the International Space Station to tourists as early as next year
Deep net|Successful launch of the thousand-day one. How far is China's commercial space flight from Space X?
NASA chooses Axiom Space to provide the ISS's commercial residence module module
Space X delayed the launch of 60 satellite chains again due to hardware problems
Hot news this week
Xiaomi's new keyboard and mouse product: keyboard can't only be used for typing
Ali, Tencent join the bureau," health code "can really replace the pass?
Opening of AMD's official store: Ruilong Limited gift box $150
Novel coronavirus pneumonia CDC may be followed by China's suspension of work and suspension of school
Here comes the 7 nm sharp dragon! Lenovo released ideapad slim 7 amd version on the US official website
"Cloud conference" is coming! Suning will broadcast Huawei new product conference live: held online on February 24
Samsung TV's global sales volume is the first for 14 consecutive years: qled is twice as big as LG OLED
Alipay's 240 thousand living materials rush to Wuhan, including 70 thousand packets of diapers / sanitary napkins, etc.
Climate change may dry up this river in the United States. Millions of people will be seriously short of water
Huawei releases new matebook d 14 / 15: upgrade amd R7 / Core i7
The most popular news this week
The whole family is in the past! Microsoft three in one office official edition experience
Baidu withdraws the lawsuit and Wang Jin responds: the one who is clear and the one who is turbid
Tesla speed up to Apple
Is it dangerous to cancel Microsoft Sony's exit from GDC Apple Google developer conference at F8 conference?
What's the direction of mobile phones in the future for vivo's new apex 2020?
Eric Schmidt thinks Silicon Valley may lose to China
Interpretation of Baidu's Q4 financial report in 2019: to alleviate the downturn in the first three quarters, it is necessary to define the growth point in the future
Why does the new crown outbreak not necessarily originate in China?
Here's a smart watch that costs only 130 yuan. It looks like an apple watch
Forbes China's 2020 Richest Women's List: Yang Huiyan First Ma Dongmin on the list