Of course, the specific improvement depends on the game, graphics card, resolution, picture quality and other different settings, the best situation comes from the RTX 2080 Super 1080p and the highest quality running "Apex Hero".

Look at the picture in detail: 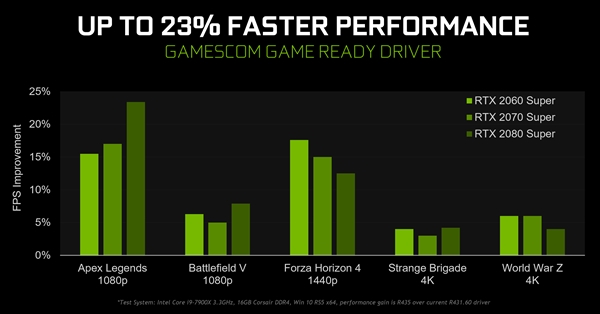 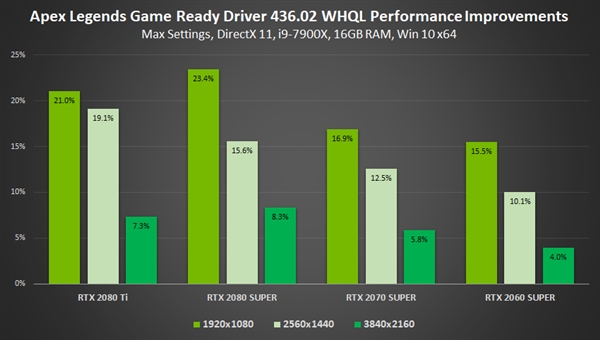 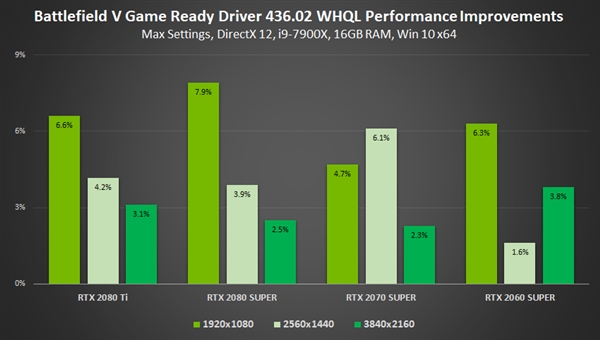 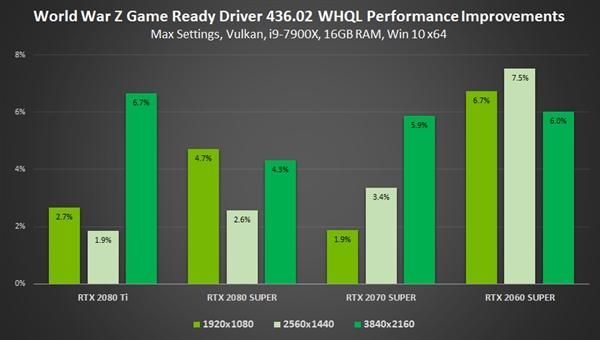 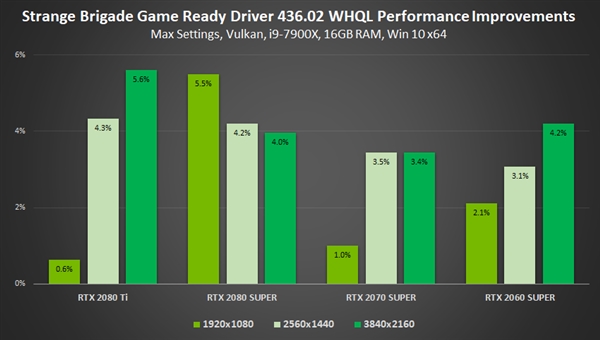 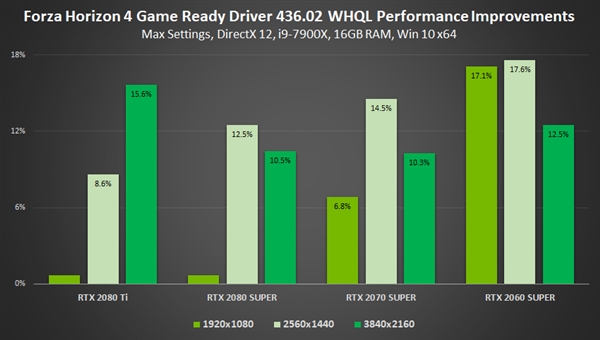 AMD released the RX 5700 series and proposed Anti-Lag delay technology. NVIDIA has a similar response and added a new driver control panel."Low-Latency Mode",can chooseTurn off (Off), On (On), Super (Ultra) three modes.

In the off state, the game engine automatically saves 1-3 frames in the queue as the maximum rendering output. The number of queue frames in the on state is 1, which is equivalent to the old driver setting Max_Prerendered_Frames = 1.

In the ultra-low delay mode, real-time frame scheduling can be realized. When the GPU just needs it, the frame picture is submitted and the rendering starts immediately. Compared with the previous pre-rendered frame picture adjustment technology, the delay can be further reduced by up to 33%. 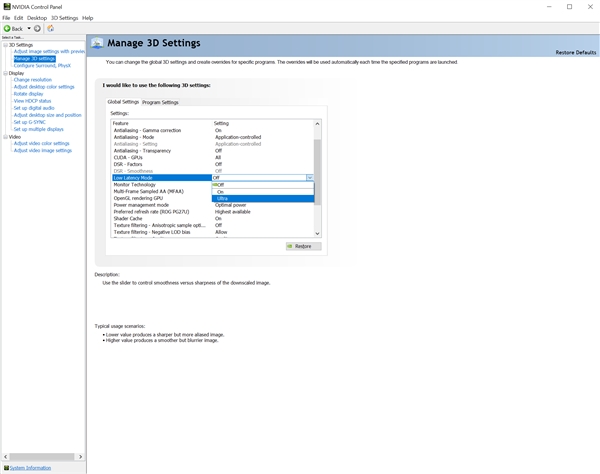 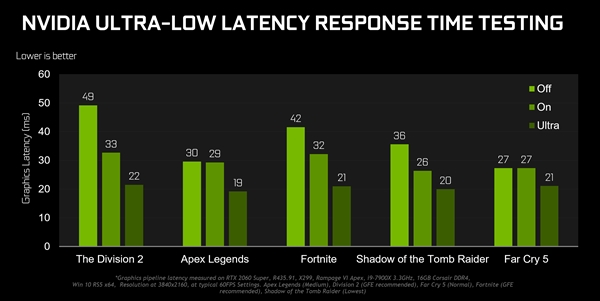 If the game is subject to the graphics card bottleneck and the frame rate is between 60-100 FPS, the low-latency mode is most useful, which can speed up the game response without losing image quality, and can set different delay modes for each game.

This technology supports all NVIDIA graphics card models, suitable for DX9, DX11 games, and in DX12, Vulkan are the game itself to determine the queue frame.

Many games have to amplify pixels at high resolution, causing the picture to blur, andInteger Scaling maintains resolution and clarity while maintaining resolution.

The technologyTuring-only GPUBecause they have built-in hardware-accelerated programmable scaling filters, function switches can also be found in the drive control panel. 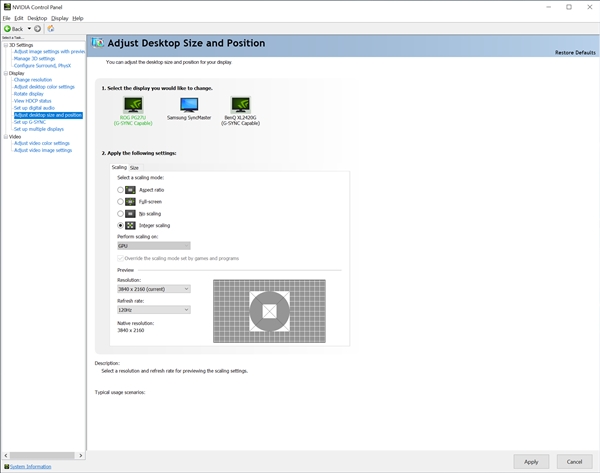 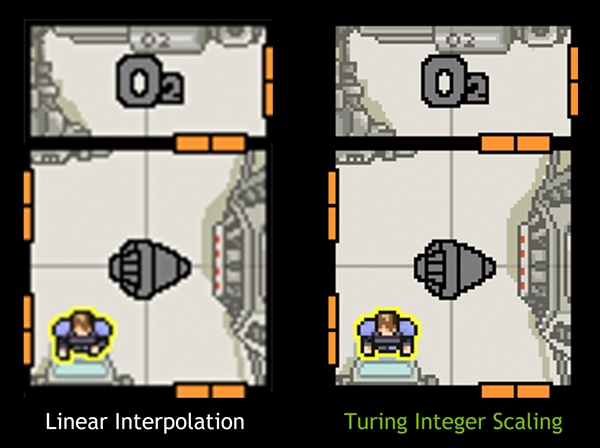 As shown in the comparison chart above, the left side is "FTL Beyond Light Speed"4KThe result of traditional scaling at resolution, the right side is integer scaling, sharp and sharp.

Note, however, that after the integer scaling technique is turned on, the traditional screenshot method will fail, and the comparison map here is obtained using the hardware capture card.

This is the GeForce Experience, added oneNew sharpening filter (Sharpen Freestyle)It seems to be for AMD RIS sharpening technology.

Compared to the current detail filter,Sharpening filters can improve image quality, performance loss is only half of the original, and allows players to 0%-100% custom sharpening, can also be set for each game. 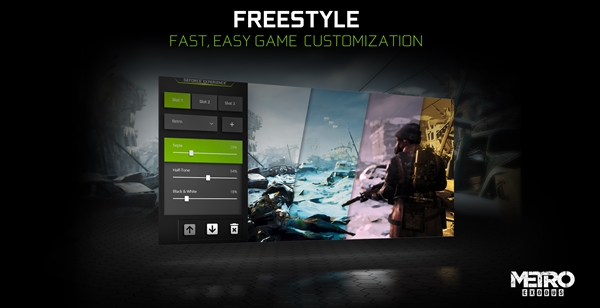 The previous Studio Driver driver has been turned on on some game cards.30-bit color, the number of colors that can be displayed increased from 16.7 million to 10Billion, now finally joined the game driver, fully support GeForce, Titan series.

The new driver will be officially released at 9:00 am Beijing time tomorrow.N card users can follow the official GeForce.com website or update via GFE.