"Algorithm" election news is not working? Facebook plans to use manual editing to help recommend 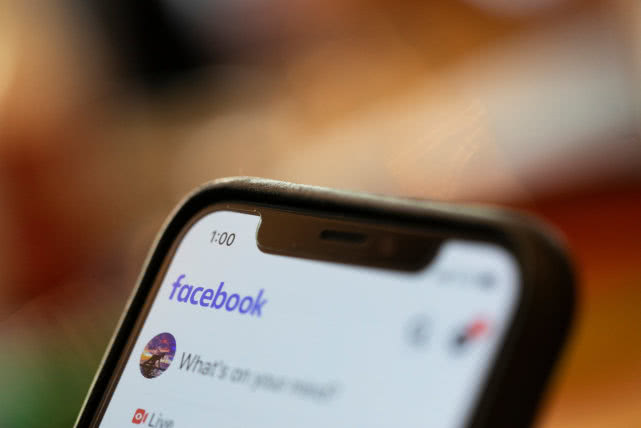 Tencent Technology News, August 21 news, according to foreign media reports, for a long time, Facebook has always relied on algorithms to choose the news you want to see. Now, this social networking giant also wants to rely on other things to accomplish the same task, namely humans. Specifically, Facebook plans to hire an editorial team to engage in a news event called News Tab, which is Facebook's latest attempt to enter the publishing industry.

Facebook said that journalists will help plan the news tag, which is the latest part of the company's mobile app and will show readers the latest relevant news stories. Facebook plans to recruit experienced journalists from a variety of media positions in these positions and will post job postings on its recruitment board on Tuesday. News tags are part of the company's efforts to highlight real-time news and other news. It will exist outside of the News Feed, which can be seen as a domestic WeChat circle of friends, which is where Facebook users update their status and communicate.

Campbell Brown, director of Facebook news collaboration, said: “Our goal of using news tags is to provide people with a personalized, highly relevant experience. First, for the &squoTop News section of the label, we are convening a small group of journalists to make sure we recommend the right news. ”

Facebook has been under pressure to spread false information and false news to millions of users. In 2016, Russian agents manipulated Facebook and spread false news on their networks to influence the outcome of the US presidential election. Facebook is now working hard to restore its reputation and hopes to re-emerge as a place where people can find trusted sources of information. The company has hired a large number of security researchers and third-party content reviewers to address the proliferation of inappropriate content.

At the same time, Facebook founder and CEO Mark · Mark Zuckerberg overhauled the News Feed, reducing the focus on news publishers and marketers, paying more attention to users. Personal interaction. Therefore, Facebook is looking for other places on its network to display news.

Facebook has been introducing news tagging to publishers, hoping to reach a content sharing agreement so that the company can get a license and show partner articles in its mobile app. People who understand the Facebook program say that Facebook may pay a large fee to some (though not all) publishing partners to get their content.

Brown said that most of the news reports on the news tab will be sorted and ranked using algorithms. But she said that training these algorithms to recommend personalized content to people requires a lot of data and time, which is why Facebook hires journalists to plan and recommend the most important and relevant news of the day.

Facebook's news tag will almost certainly provoke anger among politicians in various political factions, many of whom believe that Facebook unfairly favors certain parties and opinions. In the US Congress and the White House, conservatives have repeatedly claimed (although there is no evidence) that technology companies such as Facebook and Google have suppressed Republican remarks. Last month, Hawaiian Democratic Congressman Tulsi Gabbard, who is running for president, sued Google, saying the company suspended her campaign advertising account after the first Democratic debate in June, violating Her freedom of speech.

Before these prejudice allegations, Gizmodo published an article on Trending Topics in 2016. Trending Topics is a closed Facebook product that shows users the most popular news and is curated by algorithms and contract reporters. This article cites the words of anonymous sources working on Trending Topics, claiming that many staff members often "suppressed" reports about conservatives.

However, a large media survey found that these claims are largely unconfirmed. Facebook has said it hopes to release testing of the news tag feature by the end of the year. (Tencent Technology Review / Jinlu)

Related news
"Algorithm" election news is not working? Facebook plans to use manual editing to help recommend
Facebook is about to launch the Facebook news project to provide users with selected news
Hot news this week
Xiaomi's new keyboard and mouse product: keyboard can't only be used for typing
$101.58 billion! China's integrated circuit exports hit a record high in 2019: processor accounts for 35.1 per cent
Ali, Tencent join the bureau," health code "can really replace the pass?
Opening of AMD's official store: Ruilong Limited gift box $150
Novel coronavirus pneumonia CDC may be followed by China's suspension of work and suspension of school
Here comes the 7 nm sharp dragon! Lenovo released ideapad slim 7 amd version on the US official website
"Cloud conference" is coming! Suning will broadcast Huawei new product conference live: held online on February 24
Samsung TV's global sales volume is the first for 14 consecutive years: qled is twice as big as LG OLED
Alipay's 240 thousand living materials rush to Wuhan, including 70 thousand packets of diapers / sanitary napkins, etc.
Climate change may dry up this river in the United States. Millions of people will be seriously short of water
The most popular news this week
Over $200 million! The world's first 6nm EUV SOC will become a 5g mobile phone universal logo
Real time update of business hours and scenic area business hours during Baidu epidemic on search service
Novel coronavirus pneumonia branch of the NetEase, Hangzhou, is responding to the call of the CPC Central Committee to support donations for the prevention and control of the new crown pneumonia.
Intel requires staff: do not go to China, Japan and South Korea and other countries, symptoms at home isolation
Huawei Changxiang becomes a "game machine" to help you play
Haven't you recovered? Try this kingsoft efficiency artifact
China's first cloud office graphite document completed tens of millions of dollars of financing
What about computer is too laggy and the disk is too full? Jinshan poison bully C disk slimming one click
Microsoft releases win10 1903 / 1909 update: fix a big wave of problems
The recovery and growth of Baidu's core business helped Baidu's revenue grow 6% year on year in the fourth quarter