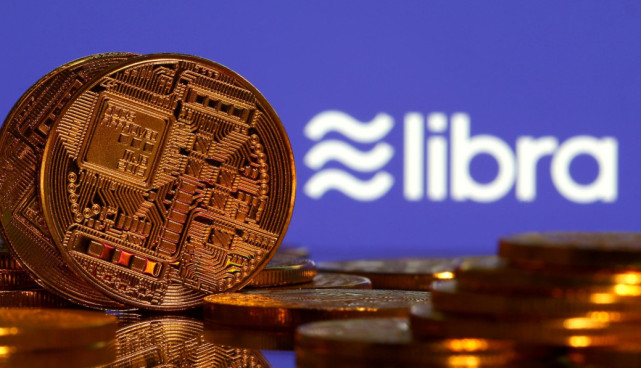 Tencent Technologies News, two months ago, Facebook announced that it would create a digital currency called Libra (also an encrypted currency), which caused a worldwide uproar. Financial regulators around the world were worried that the Libra currency would impact the traditional financial system and bring consumer privacy protection. Various problems. This new thing has also triggered anti-monopoly concerns of regulatory authorities. According to the latest news from foreign media, a document seen by an authoritative media shows that EU antitrust regulators are investigating Facebook's Libra Currency Digital Currency Project.

According to foreign media reports, EU authorities said in a questionnaire sent out earlier this month that the European Commission

According to the document, EU officials said they were concerned that Libra might set up the use of information and consumer data to be exchanged

In the past, in addition to Facebook, the European Commission has launched anti-trust investigations into a number of technology companies in the United States, including Google and Apple. For Google, the European Commission has conducted three surveys, issued billions of dollars in fines and demanded changes to monopolies, such as providing other default search engines that are not Google's on Android.

Neither side commented on the European Commission's investigation into the Facebook Libra Currency project.

The Menlo Park, California-based company had previously promised to address concerns raised by all government regulators before introducing encrypted currencies, a process that could take some time.

Led by a social network with more users than the combined population of China and the United States, the Libra currency represents a potential challenge that financial regulators have never faced: they can neither control nor manage the global currency.

According to the European Union survey, regulators are also studying the possibility of integrating Facebook applications that support Libra into Facebook services such as WhatsApp and Messenger. Facebook has said in the past that it will integrate mobile payment with mobile chat software.

The report shows that the focus of the European Commission's anti-monopoly investigation is on the governance structure and members of the Libra Monetary Association.

A spokesman for the European Commission's Financial Services Department said that, in addition to the anti-monopoly sector, other EU regulators were monitoring market developments in the areas of encrypted currency assets and payment services, including the Libra currency and its development.

EU data protection executives are also worried about how Libra will share consumer payments or asset information. They said earlier this month that Facebook was likely to

According to foreign media reports, a spokesman for the Swiss government's Libra Money Privacy Regulatory Agency said on Tuesday that it expects to receive detailed information about Facebook's encrypted Libra Money by the end of this month.

Facebook's plan to launch the Libra Coin next year has triggered warnings from politicians, regulators and central bank officials that it must be closely monitored to avoid any damage to the international financial system.

Marcus, head of Facebook's Libra Money Project, told the U.S. Senator earlier this year that he expected the Swiss government to become the privacy watchdog for Libra Money, but at the time the Swiss Federal Data Protection Agency said it had not contacted Libra Money's regulators.