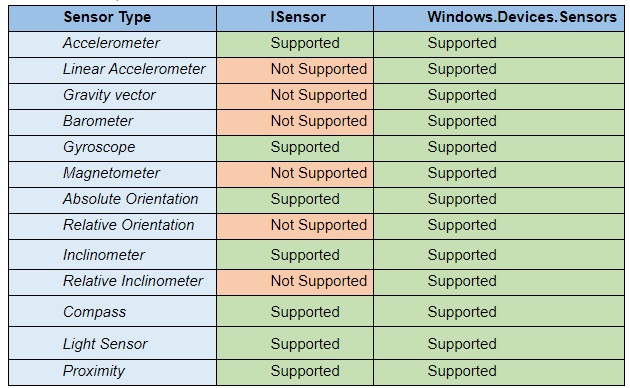 According to hostingFile Display on Google DocsMicrosoft wants Chromium's generic sensor API to use Windows. Devices. Sensors on Windows 10 platforms. At present, the sensor API used by Chromium is ISensor COM APIs, which is based on the sensor model used on Windows 7 platform.

Three senior software engineers at Microsoft said: "We recommend updating the generic sensor API, device positioning and device motion API implementation, so that Windows. Devices. Sensors can be used on Windows 10." The current processing method is based on Windows Portable Devices stack to process sensors, but Microsoft has introduced a new sensor driver in Windows 10 system, and implemented it.

Simplify the reliability of driver model.

The hardware offload sensor included in Windows. Devices. Sensors will provide higher CPU efficiency, which cannot be achieved by existing sensors. It will also improve the performance and reliability of browsers, because new technologies can operate sensor objects faster. 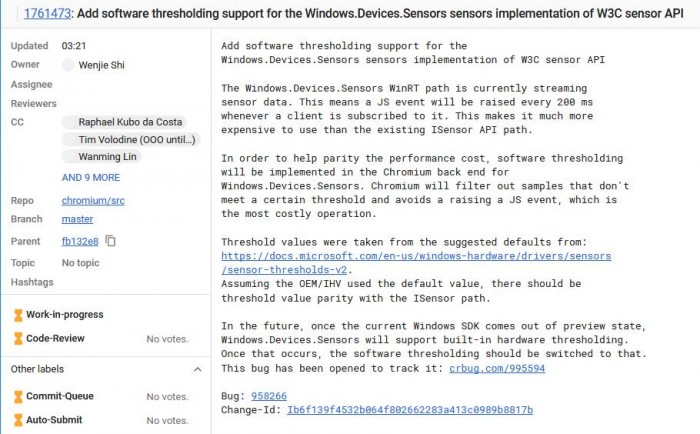 Microsoft wrote in commit: "Windows 7. Devices. Sensors are no longer available on Windows 7." There is also a commit on the Chromium platform, but the current status is merge-conflict and work-in-progress. It's not known when Microsoft's good idea will be recognized by the community, but it should be deployed to Edge Canary or Chrome Canary soon.