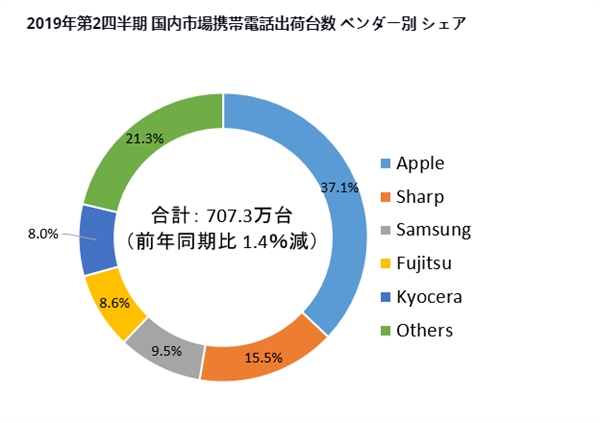 The report shows,In the second quarter of 2019, 70.73 million units were shipped in Japan.Mobile phoneMedium (including traditional mobile phones),appleiPhoneStill in absolute dominance, the share is as high as 37.1%. 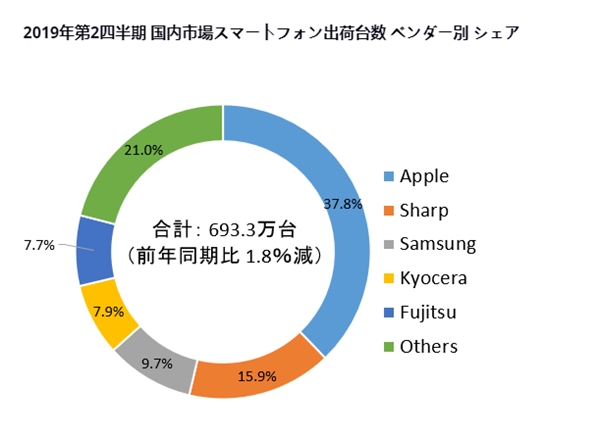 On August 6, the latest report released by IDC showed that in the second quarter of 2019, China's smartphone market shipments were approximately 97,000 units, down 5.4% year-on-year. In the first half of 2019, the total shipments were about 180 million units, down 6.1% from the same period last year.