Samsung's new patent exposure: This may be your ideal foldable phone (Figure) 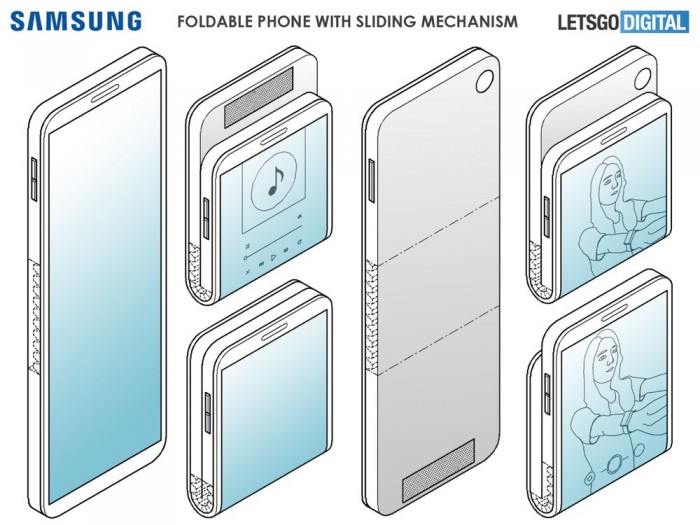 The patent, titled "Foldable Equipment and Its Control Method," was filed with the US Trademark and Patent Office (USPTO) on January 31, 2019, and was officially included on August 8, 2019, and the patent was subsequently Incorporated by the World Intellectual Property Office (WIPO). Dutch technology media LetsGoDigital brought a 3D rendering and put together the previously applied zigzag patents. 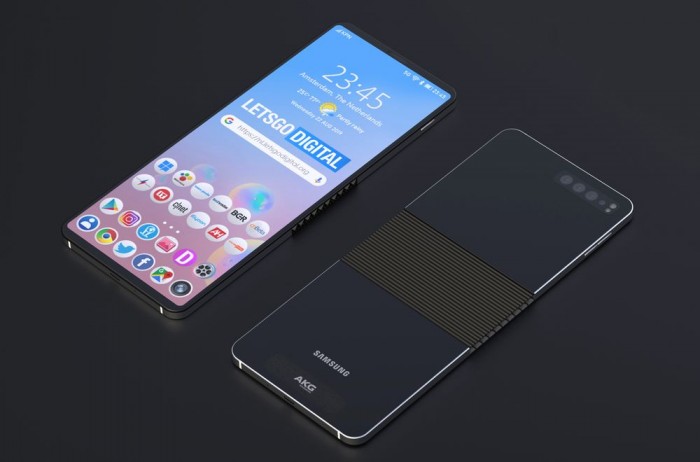 It is reported that the new folding design patent is somewhat similar to Motorola's Razr folding design, but the folding method is different. Razr is folded inward to protect the screen, andSamsungThe latest patents can be folded inside and out. The slim screen is perfect for reading books or viewing long web pages. You can then view a lot of extra content. You can also display two apps on top of each other, for example, you can view emails while still playing videos or viewing webpages. 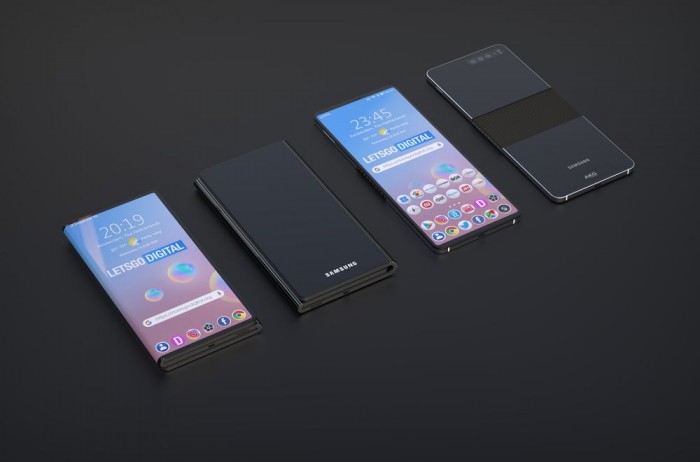 In addition, the biggest highlight of the patent is the use of an ultra-wide hinge design that allows the user to fold in multiple positions. In addition to being able to fold symmetrically, there is also a two-way sliding mechanism. One of the folding positions can just reserve the position of the speaker on the back of the fuselage, and the folding in the other direction can make the camera at the other end of the back display, which is convenient for taking pictures. 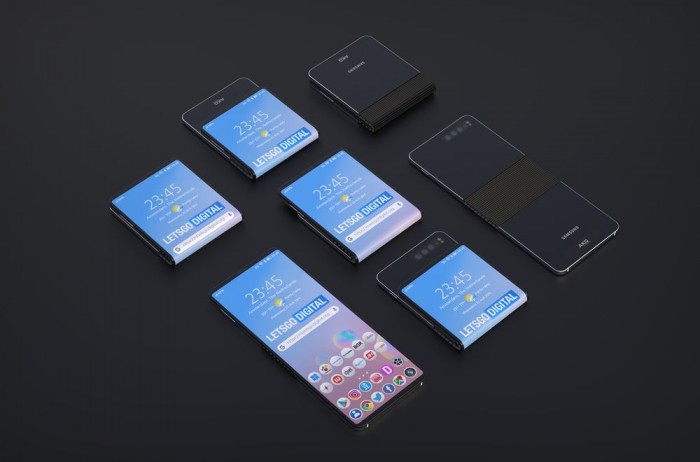 This Samsung foldableMobile phoneIt is also equipped with a sliding motion detection system so that the interface can be adjusted according to how the device is folded. Furthermore, as described in the patent specification, it should be possible to operate such a folding telephone with a stylus. If you carry your device with you, you can fold your smartphone so that the screen is inside. This allows the flexible display to be optimally protected against scratches and bumps. 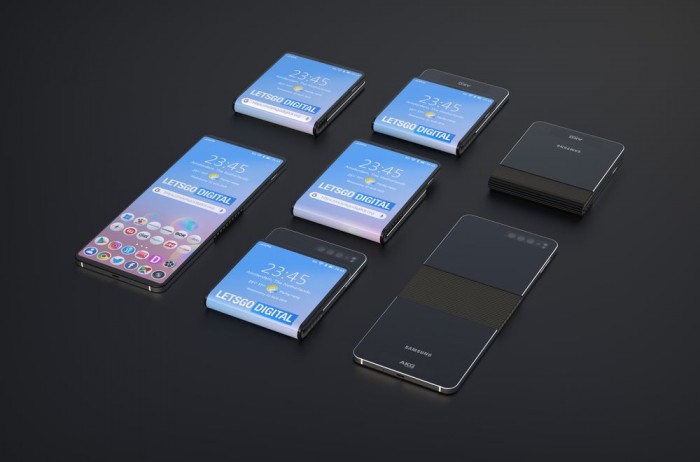 Although only one camera is shown on the patent sketch, the description indicates that it can also be multiple cameras. This is an "array camera system" or the camera lenses are placed next to each other. Samsung now has at least three cameras for its top models, and the Galaxy Fold even has six cameras. 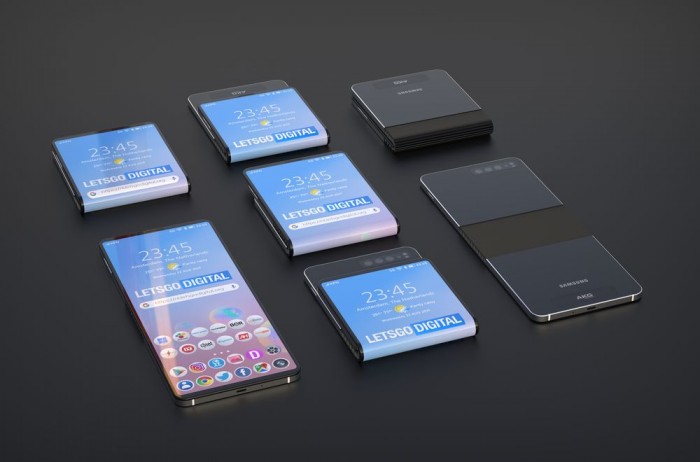 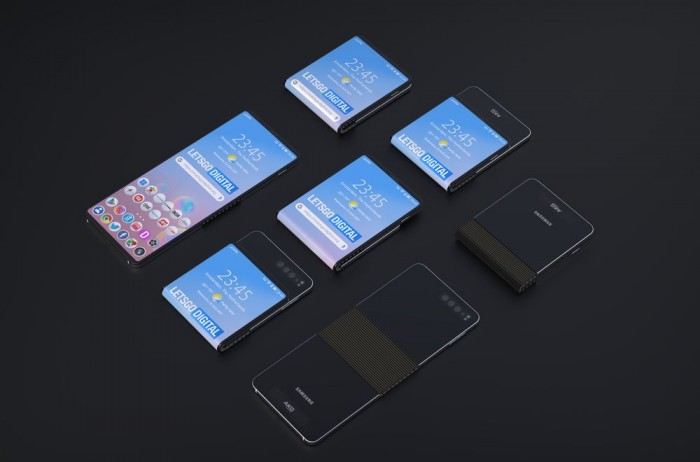 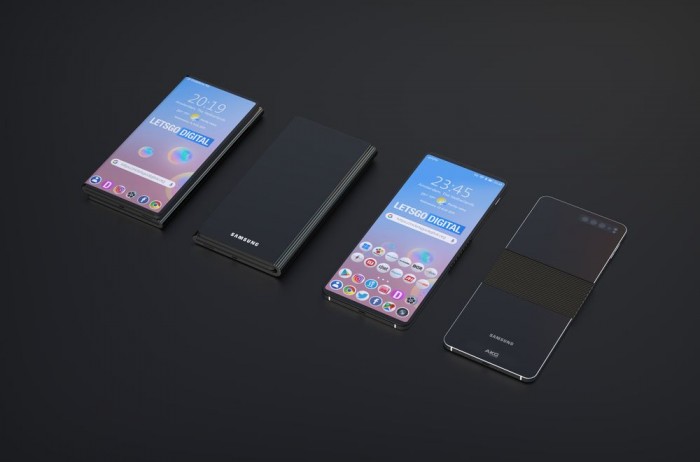