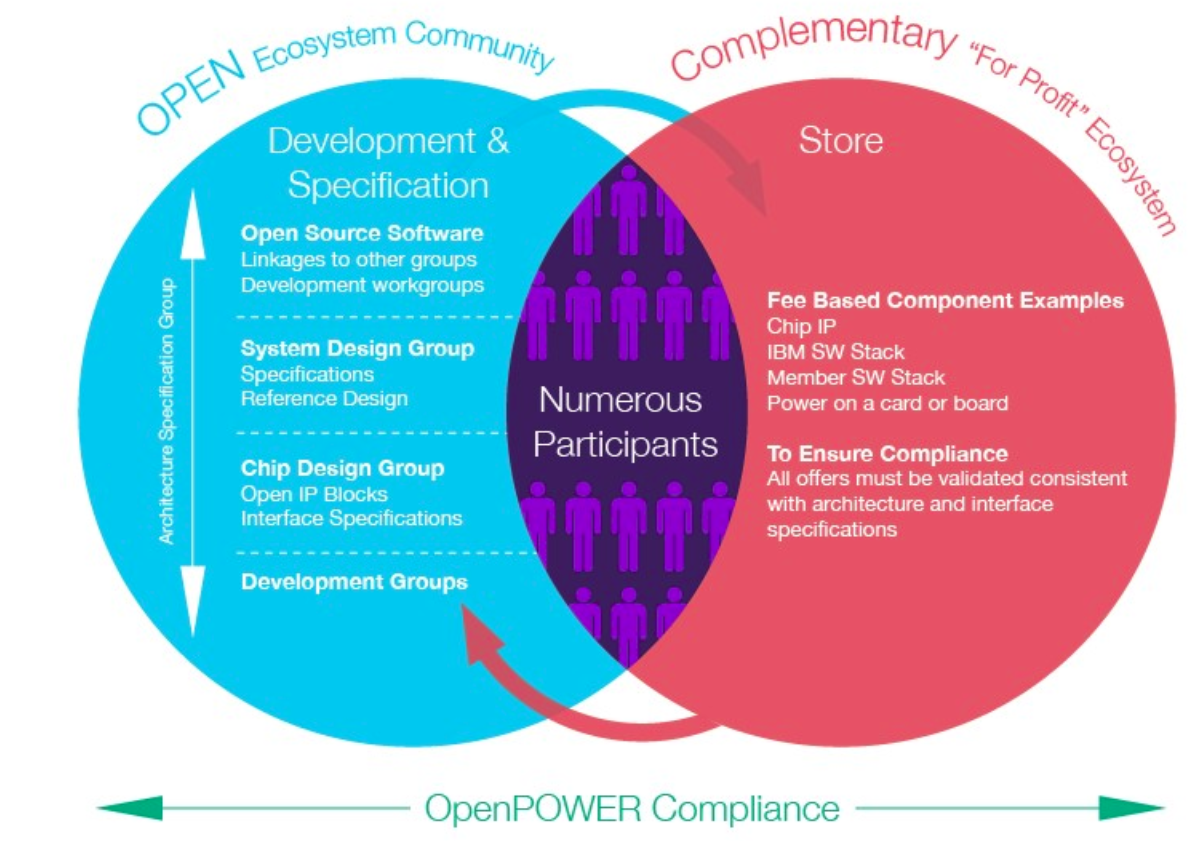 IBM also promotesOpenPOWER Foundation joined the Linux Foundation。OpenPOWER FoundationEstablished by Google, Mellanox Technologies, Nvidia and Tyan, this is an open technology community based on Power Architecture to promote and encourage collaborative innovation based on Power Architecture. OpenPOWER members share experience, investment and server-level intellectual property to develop solutions to meet the evolving needs of technology customers. The OpenPOWER Foundation supports members to customize Power processors, system platforms, firmware and middleware software for optimization to meet their business and organizational needs.

The OpenPOWER Foundation, which operates under the Linux Foundation, will have an open governance model, and IBM will have the same voting rights as other OpenPOWER Foundation members on what changes power ISA can make in the future. IBM will reserve the right to make any changes to the Power architecture to meet its own needs, but all other changes require a majority vote of members to ensure compatibility. AcceptanceInterview with NextplatformKen King, general manager of OpenPower at IBM, said:

In addition, IBM has contributed to the community a PowerISA soft core model that has been implemented on the FPGA.