Reported that the test RF radiation level of the iPhone was higher than the statutory safety limit. 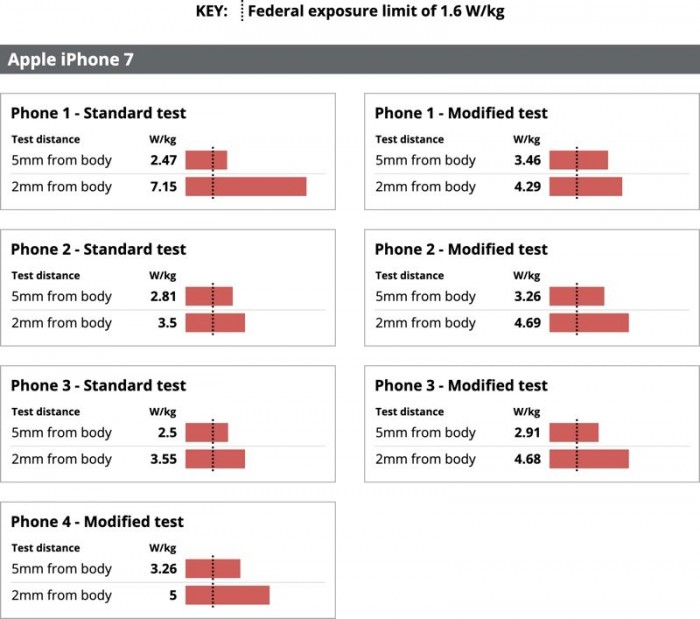 Several iPhones exceeded the legal security limit in their tests, but the worst performer was the iPhone 7. Its RF radiation levels far exceed legal limits and are more than twice as much as Apple reports to federal regulators.

The iPhone X is slightly over-expressed in some tests, as is the iPhone 8, while the iPhone 8 Plus remains within the legal range. After Apple provided feedback on the test methods, they tested the iPhone twice. The modified test "increased the aim of activation aimed at loweringMobile phoneThe steps of the power sensor. ”

In these modified tests, the reporter took the iPhone to activate the sensor. The iPhone 8 is below the legal limit of 5 mm, but the iPhone 7 does not. Apple questioned the findings of the Chicago Tribune and said that the lab did not test the iPhone like Apple, although Apple did not say what was wrong in the test. Apple also said there was an error in the modified test method. 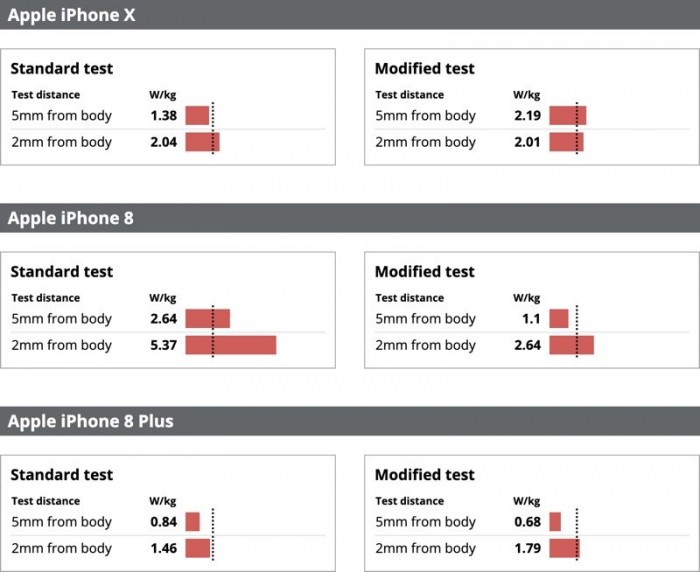 Apple officials refused to accept the interview and asked the Chicago Tribune to submit the questions in writing. These questions were not answered before the foreign media published. Apple later issued a statement saying that the test results were inaccurate because the test setup did not meet the procedures required to properly evaluate the iPhone model.

The statement states: "All iPhone models, including the iPhone 7, are fully certified by the Federal Communications Commission (FCC) and other countries that sell iPhones." "All iPhone models tested in the (Chicago Tribune) report. Careful review and subsequent verification, we confirm compliance with the requirements ... and comply with all applicable radiation regulations and restrictions."

At the same time, the Federal Communications Commission said it will conduct its own tests in the coming months.

“We take any allegations of non-compliance with RF radiation standards and will obtain and test compliance with FCC rules for the target phone,” said agency spokesman Neil Grace.

The Chicago Tribune comes fromSamsung, Motorola andVivoThe smartphones were also tested, and most of them had radio frequency radiation levels in the test that exceeded the FCC regulations.

Both FCC and smartphone manufacturers test all new smartphones before they are brought to market to ensure they meet RF emissions standards. The Chicago Tribune said that this is problematic because only one prototype is required to pass the test, and the manufacturer can choose the laboratory to test.

Although the test can be performed at a distance of 25 mm, the Chicago Tribune uses the distance that mobile phone manufacturers choose for their own tests. In the case of Apple, this is 5 mm. The second test was also conducted at 2 mm to simulate how most people carry their phones.

It is worth noting that the test is performed in a manner that simulates the worst radiation conditions. Under this condition, the phone runs at full power. Moulton said that consumers usually don't experience such levels of radiation. But he said that this can happen in limited circumstances, such as someone talking in a cell phone with a very poor signal.

The Chicago Tribune said that its test was not intended to rank radiation safety for mobile phones. In limited tests, only 11 models were examined. In many cases, only one device was tested. Even so, the newspaper said it is unclear whether a phone that was found to exceed the radiation limit could cause harm to the human body.

Apple tells customers that if they are concerned about the use of hands-free options for RF radiation, and on certain iPhone models, such as the iPhone 4 and 4s, Apple recommends placing these devices at least 10mm away from the body to ensure that the radiation level remains low or low. At the test level. Apple made similar recommendations for the iPhone 7 when submitting documents to the FCC, and reportedly did not continue to inform customers about the 5 mm distance proposal.

The US Federal Communications Commission plans to conduct additional tests on smartphones to gain a deeper understanding of the security of smartphones. For more information on test procedures and results, click on the Chicago Tribune.Full report.