Intel 400 series chipset will be available in Q1 next year. New LGA1200 slot

However, the most surprising thing before was that the 14nm+++ process was upgraded once more than the current 14nm++ process, but this isIntelThe previous statement does not match, whether it is really 14nm+++ process is not good.

Another change is the slot. The desktop version of the Comet Lake processor is almost slotted and will no longer be compatible.LGA1151, but LGA1200, and some more stitches.

At the same time, the supporting chipset has to be upgraded, that is, the new 400 series. It has been reported that the motherboard manufacturer's 400-series chipset motherboard is already under development. 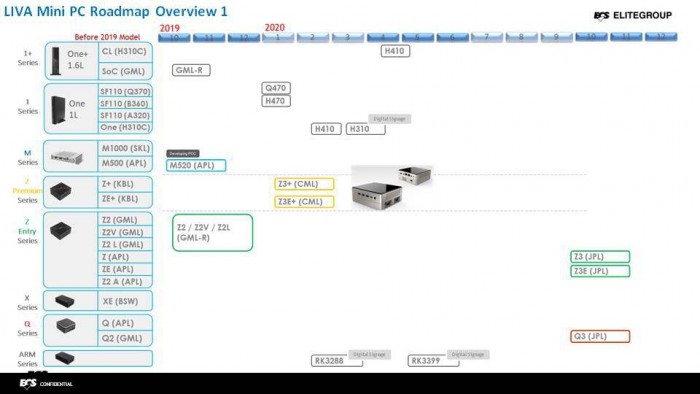 Their progress is actually a roadmap for ECS Elite's mini PC products, so Intel's official launch of the 400 series chipset will only be earlier than this, no later than this time.

In addition, there is no high-end chipset such as Z470 or Z490 on the form, but considering that the mini PC is in low power direction, no high-end 400 series chipset is normal.