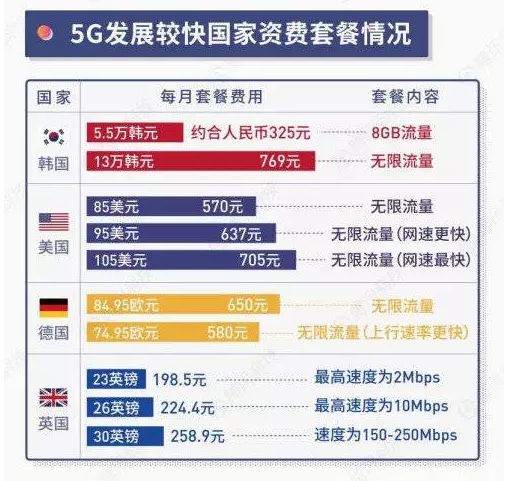 But netizens do not buy, many people have said that the price of this package is too expensive to use, "or obediently use 4G", others said, "190 is too high, 99 reluctantly", "wage level is different from abroad, can not be simple price analogy ah"...

Wang Qiming, general manager of China Unicom Terminal and Channel support Center, was asked the question on a public occasion. In fact, the unit price of 5G traffic is only 1/10 of 4G, and the monthly payment of users will not change much.

How similar is this scenario? Similar discussions were held in 2013 and 2014, when 4G was just starting to be commercially available. But the price of the packages at that time was also not low. 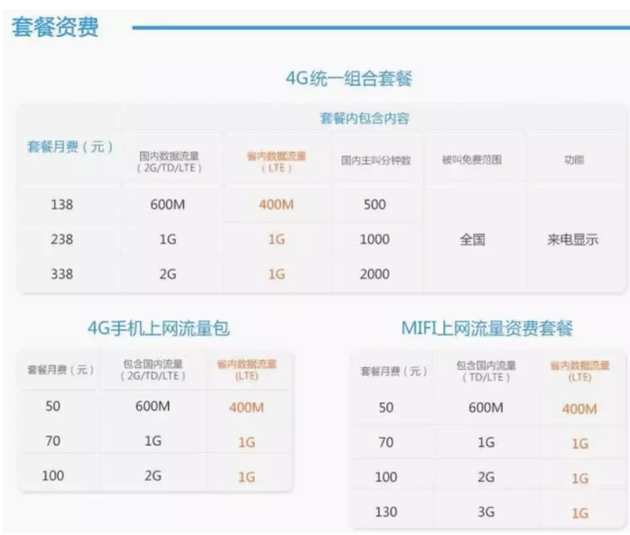 Earlier this month, Beijing Telecom and Beijing Mobile set up a batch of 5G one after another.cellphonePromotion campaign, said that users who buy 5G mobile phones before September 30 can get 100GB 5G traffic experience package free of charge every month, and automatically expire after October.

Also this week, it was said that the speed of 4G has been particularly slow recently, so there are online rumors that this is the operator to promote the speed limit of 5G to 4G. Another wave of controversy arose. Subsequently, the three major operators have refuted rumors that there is currently no 4G deceleration. Today, Wenku, Director of the Communications Department of the Ministry of Industry and Information Technology, responded in an interview with reporters of the Beijing News that the Ministry of Industry and Information Technology had never asked operators to reduce or limit the 4G network rate before and in the future. The Ministry of Industry and Information Technology will further strengthen the supervision of operating enterprises and earnestly safeguard the legitimate rights and interests of consumers.

In the noise, in the past two weeks, the three major operators have issued their respective semi-annual reports.——

Faced with the fact that revenue is declining, the three major operators are facing a choice between profit or 5G. According to Zhang Yunlai, the special author of C114 communication network, on the one hand, the industry income has entered a negative growth trend, on the other hand, the daily construction fund demand of 5G is needed. Faced with the requirements and expectations of regulators and investors for income and profit growth, as well as the great opportunities for the development of 5G construction, it has become a problem that operators must seriously consider whether to ensure income and profit growth or to build 5G.

Especially for the giant China Mobile, it is under pressure. This is the first double decline in revenue and profit since the listing of China Mobile. It is also the biggest decline in the past 10 years.

However, the three major operators are still very positive about the 5G promotion. Yang Jie, chairman of China Mobile, said that China Mobile will build more than 50,000 5G base stations and realize 5G commercial services in more than 50 cities during the year. He said: "2020 to 2022 is the main cycle of 5G investment, with three years to go. China Mobile will control the total investment will not increase substantially, through the joint efforts of the industrial chain, this goal can be achieved.

China Telecom said it would build 40,000 5G base stations in about 50 cities this year. In March this year, China Telecom announced that it would invest 9 billion yuan in 5G construction this year to achieve 17 urban coverage, and then announced that 5G coverage would be expanded to 40 cities and regions.

5G network, packages, mobile phones are useless. But things should change quickly in the second half of the year. On 5 August,SuningIn Beijing, the first domestic neutral 5G mobile phone, Axon 10 Pro (5G), sells for 4999 yuan for the 6GB RAM 128GB ROM.

Now, everything is ready, only money is missing.