US Cyber ​​Victim Map: Most victims in Alaska California has the biggest loss (Figure) 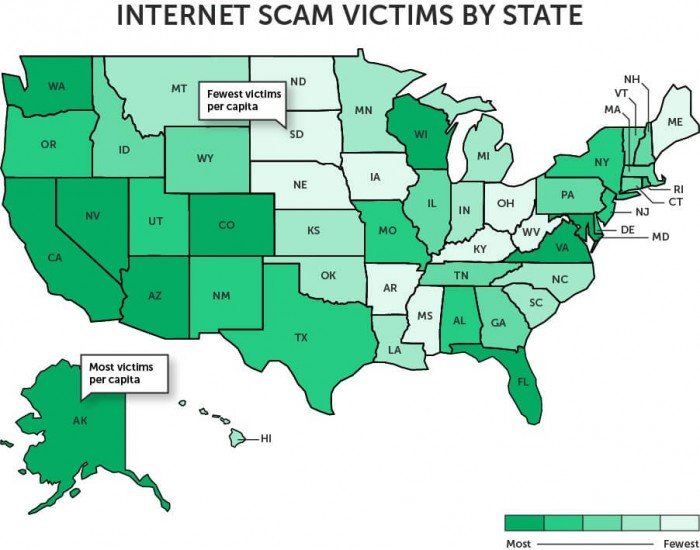 In terms of victimization, social networking is a relatively popular attack in 2018, resulting in a loss of $101 million for 41,000 victims. The virtual currency scam caused 36,000 victims to lose $182 million. Unsurprisingly, people over the age of 60 are the most targeted age group for scammers. They lost $650 million in plans in 2018, including trust/relational fraud.