Why China Unicom is the Best Partner of Radio and TV 5G? This is the answer of Wang Xiaochu. 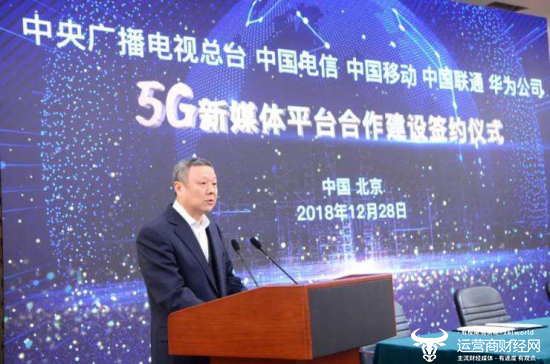 China Unicom, with less conflict of radio and television business

Wang Xiaochu made the above remarks at the performance briefing of China Unicom's first half performance report.

"The existing cable network system is in a major conflict with mobile and telecommunications companies, which have relatively close broadband subscribers, with only 83 million subscribers in China Unicom. Therefore, relative complementarity is minimal in this conflict. To this, we hope to communicate with radio and television and extensive cooperation. "Wang Xiaochu said.

Operators financial network learned that Migou video is a mobile video service for customers; Tianyi HD is telecom with broadband as the transmission medium, connected totelevisionAnd set-top boxes can watch TV programs, and add to the existing IPTV programs.4KThe program has a higher definition of the program. In the video business, mobile telecommunication does conflict with the radio and television.

Unicom Radio and Television has actively cooperated in some provinces.

The radio and television can only work with the telecom operators

With the arrival of the 5G time, the three application scenes of 5G (enhanced mobile broadband), mMTC (mass machine-class communication, such as internet of things), uRLLC (ultra-high reliability and low-delay communication, The use cases which can be realized in the broadcast/ multicast way are rich in both the car and the automatic driving, which makes the development of the radio and television business and 5G, and the imagination space is huge.

And with the development of ultra-high definition video applications, we can cooperate with operators to develop more integrated services.

Original title: why is China Unicom the best partner for radio and television 5G? Wang Xiaochu, chairman of the board of directors, replied in this way.