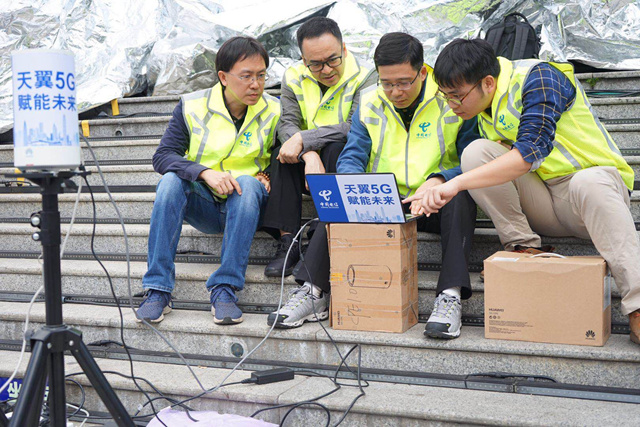 Of course, both China Unicom and China Telecom have used "co-construction and sharing" rather than "co-construction together" in terms of external language, which seems to be more open, and does not exclude or target third parties.China Mobile Communication Corp)。 Wang Xiaochu, chairman of China Unicom, is said to have made in-depth communication with Ke Ruiwen.

So, what are the advantages and disadvantages of "building a 5G network" between the two major operators? We try to count as follows.

First, due to historical reasons, China Unicom and China Telecom have relative network and customer advantages in the north and south respectively. The two companies can give full play to their respective regional advantages and customer advantages by building 5G network together, which can greatly reduce the cost of network construction and the cost of subsequent marketing. You know, compared with 4G, the speed of 5G network construction is "comparable" to 4G network speed, which is quite large and large.

Second, for the above reasons, it will greatly improve the current "one dominant" competition pattern. According to the results of the three major operators, China Mobile has far exceeded the sum of the other two competitors in terms of turnover and net profit, which is simply "a ride to the dust"! 5G network construction has burned so much money. China Telecom and China Unicom, no matter which one is "hard" with China Mobile alone, are(hen's) egg Don't touch the stone. How many eggs are useless! The two combined, and the first line of the opportunity. In the case of two joint 5G network construction, China Mobile may not dare to be too "Toda", nor does the General Assembly blindly use the investment advantage to roll over the opponent. The two sides may have a chance to play a game.

Third, based on the above analysis, the competition between domestic operators may produce a virtuous circle-there is little difference in the strength of the two sides, and only then can there be relatively fair and effective competition. At present, in the final consumer market, the three major operators basically have little oil and water to profit from, and now they are fighting for who can "hard" get who-the price war, which is in fact the internal consumption of national resources and will ultimately harm the fundamental interests of consumers. But if the two sides are of equal strength, there is no need to fight a price war-"kill an enemy a thousand and lose 800." Then you can sit down and have a good talk, and everyone will stop and split the autumn equally. In this way, both sides can keep the bottom line of "no longer losing money and shouting." At the same time, China Telecom and China Unicom are no worse than China Mobile in terms of competitiveness in terms of government and enterprise customers, even in some industries and provinces, which can also form a benign competitive situation.

First, according to public information, although the two actively build and share the 5G network-which is currently said to be "partial, not all", it may also be "most", but the business is still separate. So, how do you divide the money? Money is no small matter. What's more, both of them are listed companies, and they should be handled more carefully. This is probably the core problem in front of the two families.

Secondly, the two of these "partnership" will not be merged. The rumors about the "the electrical combination and" (telecom and communication merger) have never stopped since the chairman of China Unicom, Mr. Wang. So, would such an in-depth cooperation contribute to the pace of the two mergers? According to the industry, the "Instead, the probability of the two merger is reduced.". Why? If two of the two separate investment 5G network construction, there must be a "to die quickly", and if you want to live, they can only be merged as soon as possible. On the other hand, if the two joint investments, the investment pressure is greatly reduced, the financial condition will improve, both may be "live longer alone", then the root cause of the merger is no longer, and the combined probability is also greatly reduced. I don't know whether it's good or bad. The wise man is wise, and the wise man is wise.

Third, will there be a partnership of two oligarchs to squeeze users? It has to be said that it is possible. But looking at other industries, it doesn't seem that scary. Take the competition between Tencent and Ali in the field of mobile payment as an example, it seems that the two have formed benign competition, on the whole, the positive side is greater than the negative side for the whole industry and users, which is also a reference for the three major operators. The opposite example is the Internet search industry, Baidu's "one dominant" situation, seriously damaging the health of the search industry and the interests of the majority of users-just see how unreliable Baidu's search results are. We believe that this situation will not last long-things will be the opposite. If China Mobile is allowed to ride the dust, so will it. Therefore, it is not known whether this is good or bad.

In any case, the communications industry is a little new climate and new changes, always worthy of our positive face. It is hoped that this industry will gradually enter a healthy, effective and positive circle of benign competition, and ultimately bring benefits and benefits to the majority of users, so that we will not be worth our responsibility and responsibility in this era of change.