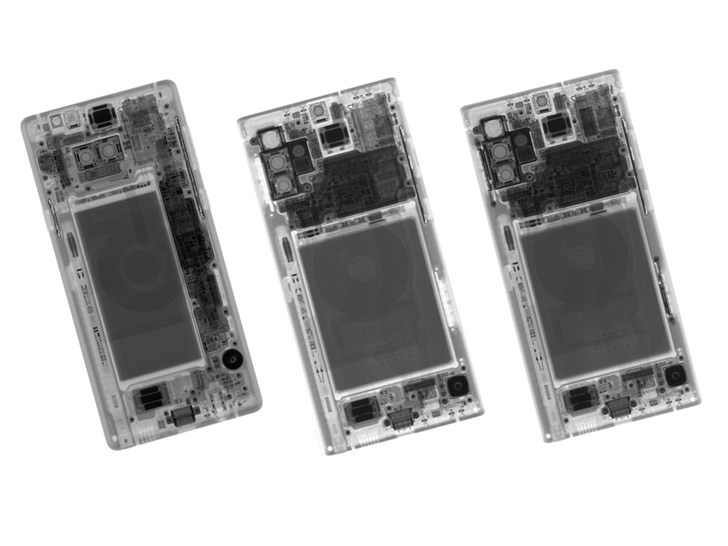 The process of removing the rear cover is relatively easy. Remove the S Pen, and heat the edge with a hot air gun to remove the back cover of the phone. 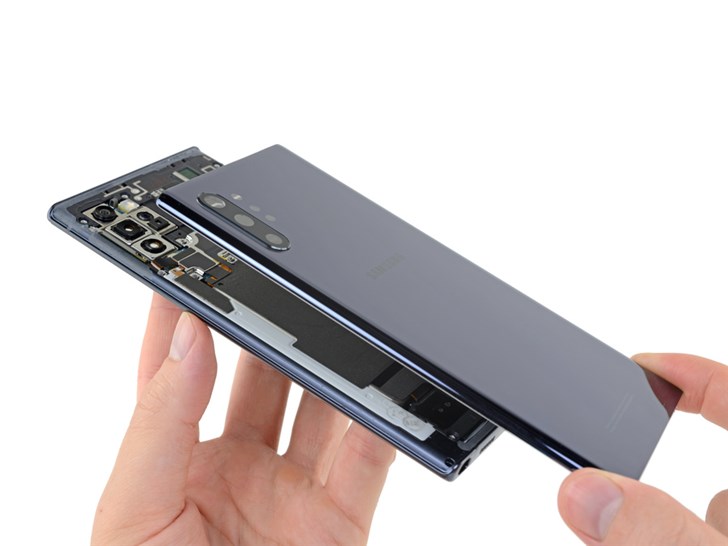 After opening the back cover, remove the screw to remove the protective sheet of the motherboard, NFC collar. 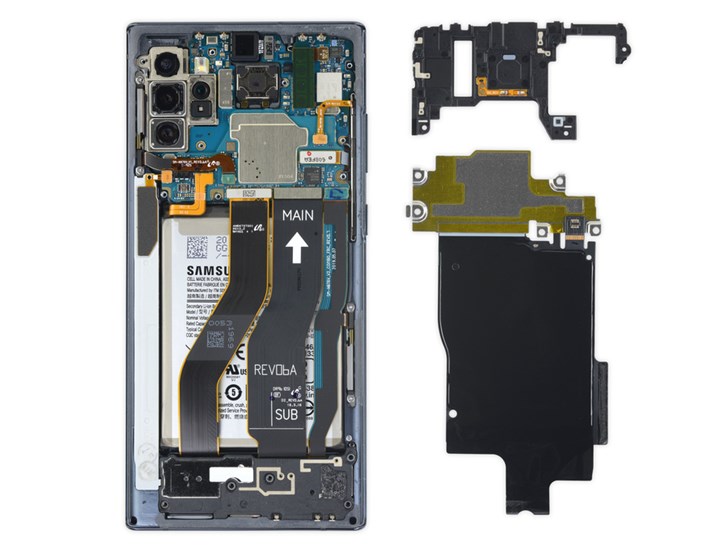 Samsung Galaxy Note 105G uses batteries provided by LG with a battery capacity of 4300mAh. Accessories are made in China and assembled in Vietnam. 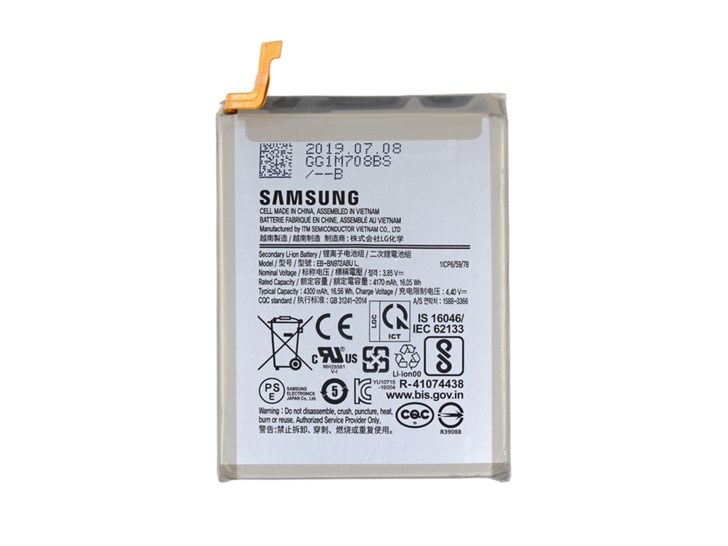 Samsung Note 105G core board is the top of the cell phone, and Samsung uses the 3D stacked board to save the body space. 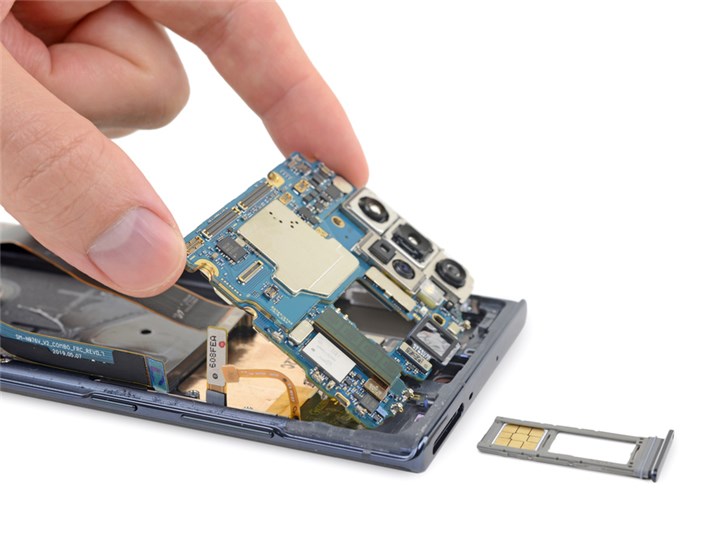 Samsung Note 105G rear four lens sensors are concentrated together, in addition, the front camera is also easy to remove, in which the red box is 1600 million pixels wide angle lens (123 3 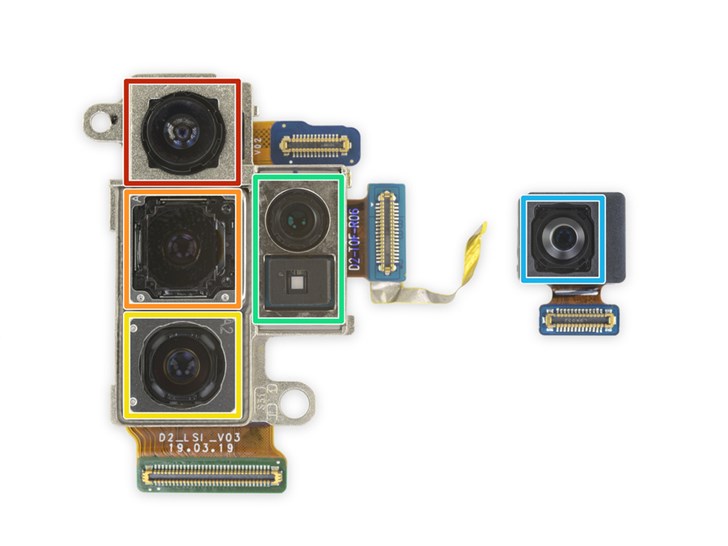 The Samsung Note 105G version uses Qualcomm's millimeter-wave antenna, a module that is plugged into the motherboard and connected by a single wire. Its model is Qualcomm QTM052, millimeter wave refers to the frequency of 24 GHz to 100 GHz radio waves, can provide ultra-high bandwidth, but the transmission distance is relatively short. 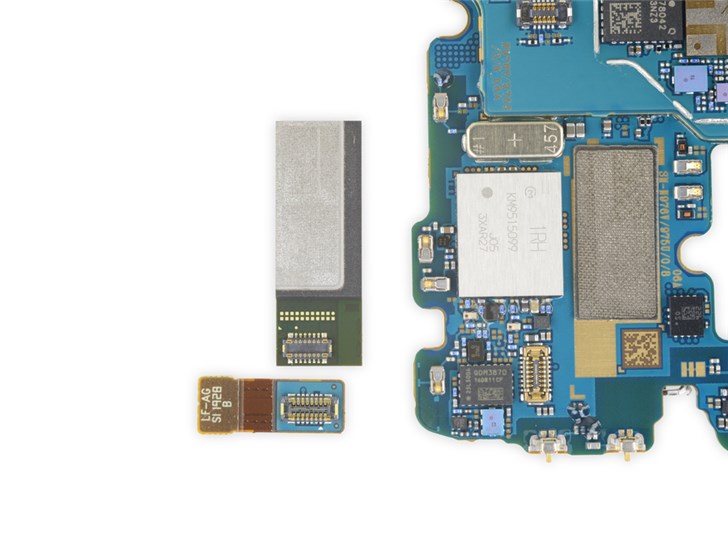 Samsung uses this kind of stacked motherboard, although it can make effective use of space, but it will inevitably have heat dissipation problems. After the two parts of the motherboard are disassembled, a large number of Qualcomm chip products can be seen. 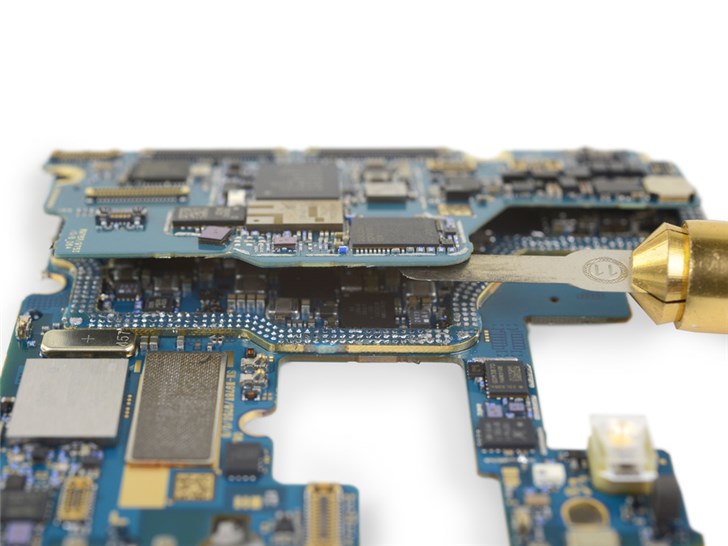 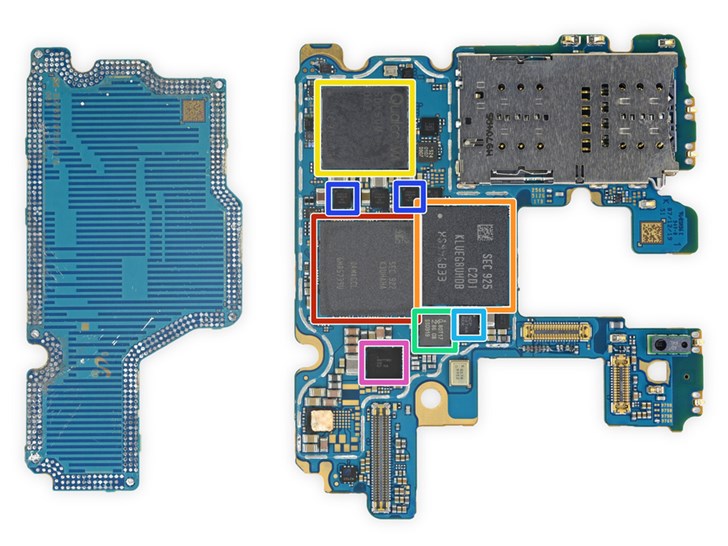 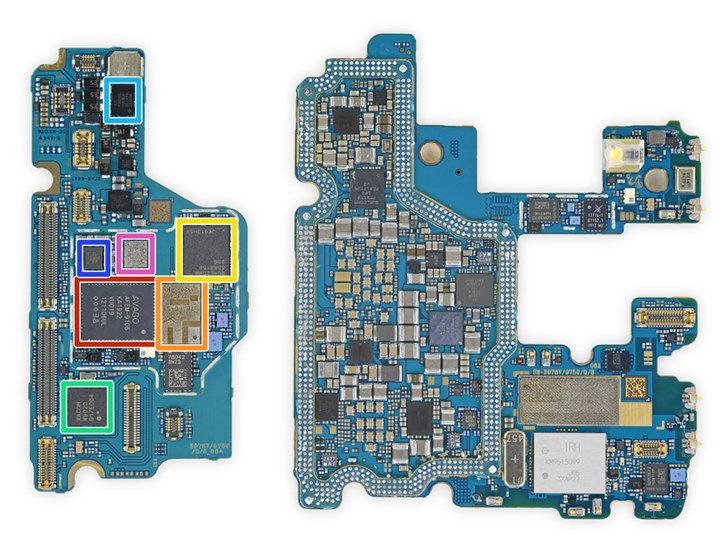 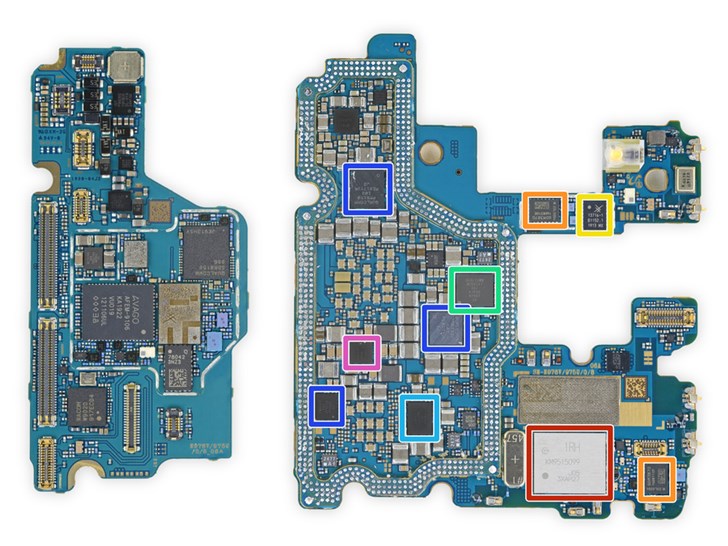 Here we can see that Samsung Note 105G uses a large number of Qualcomm products, of which American manufacturers also produce a very large number of chips. However, compared with Huawei Baron 5000 5G baseband, Qualcomm's 5G baseband product is not equipped with independent buffer memory. 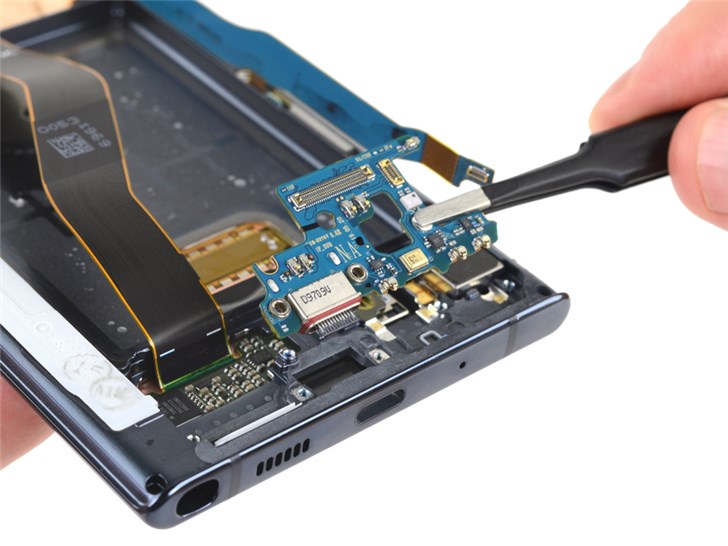 Samsung's Galaxy Note 105G version of the USB-C interface solidified on the motherboard. There is also a millimeter wave antenna module on the other side of the motherboard. 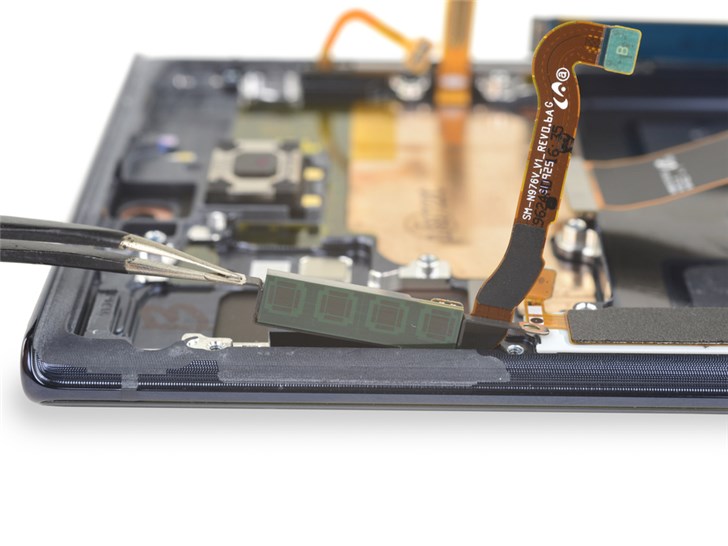 The speaker is attached to the back of the screen. 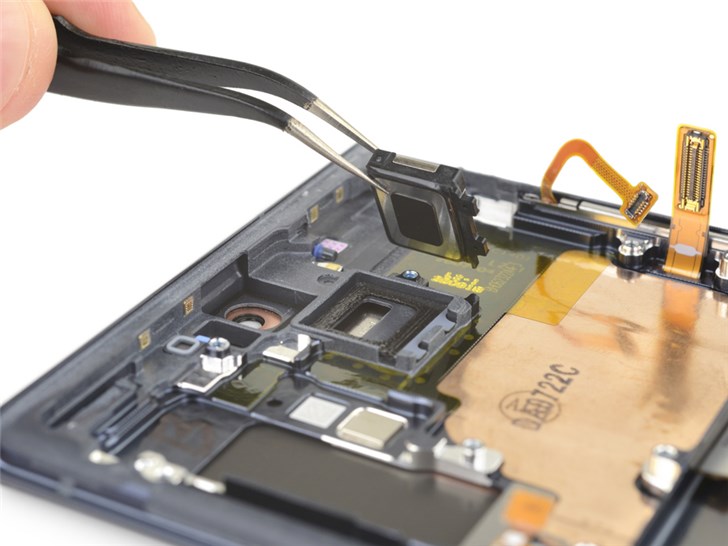 The square vibration motor is located in the corner of the phone. 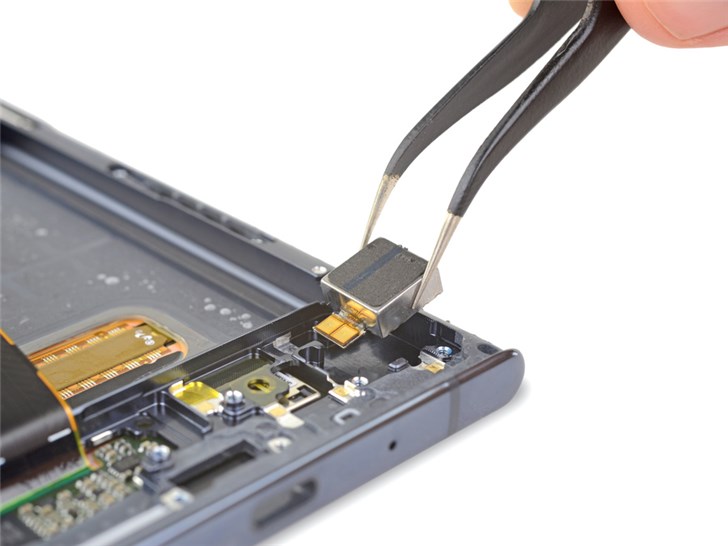 The new large metal radiator, cushioned under the motherboard to assist heat dissipation, 5G, reverse wireless charging and other technologies of heating should not be underestimated. 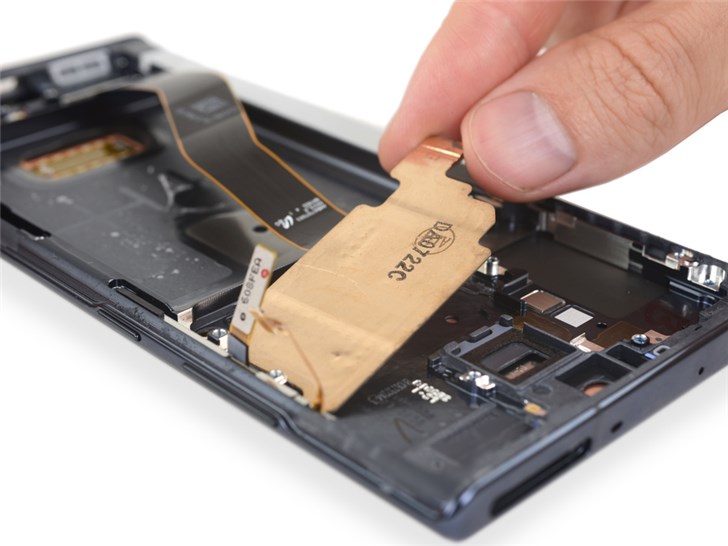 The screen module, the 6.8-inch Samsung's own AMOLED screen, is the largest, brightest, and the most accurate screen. 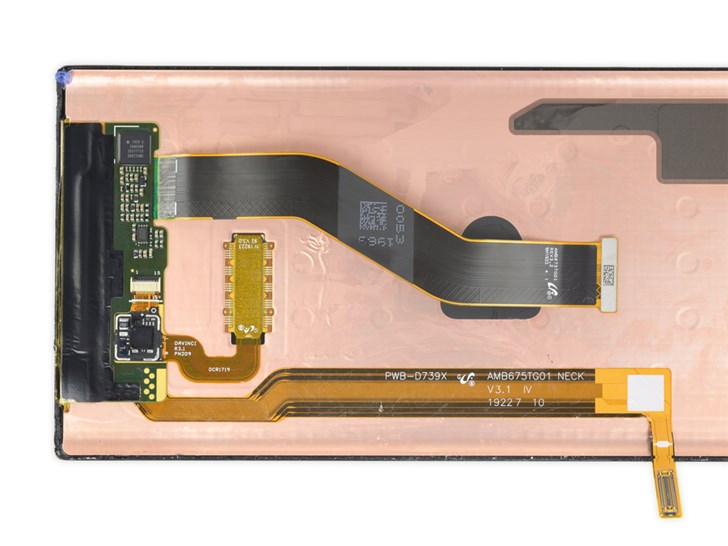 The new version of S Pen is also very easy to disassemble. The red frame chip is not known for the time being, probably a 6-axis sensor, and the orange frame is Dialog DA14585 Bluetooth 5 SoC; yellow box with Nikon 2.4v SLB lithium battery. 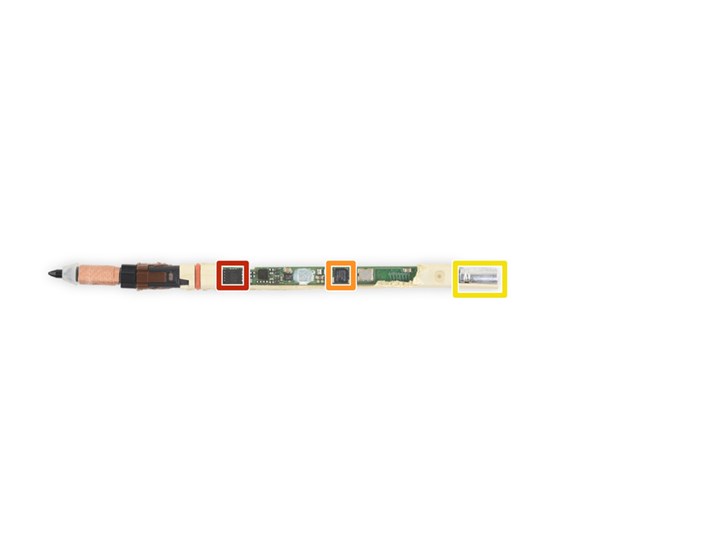 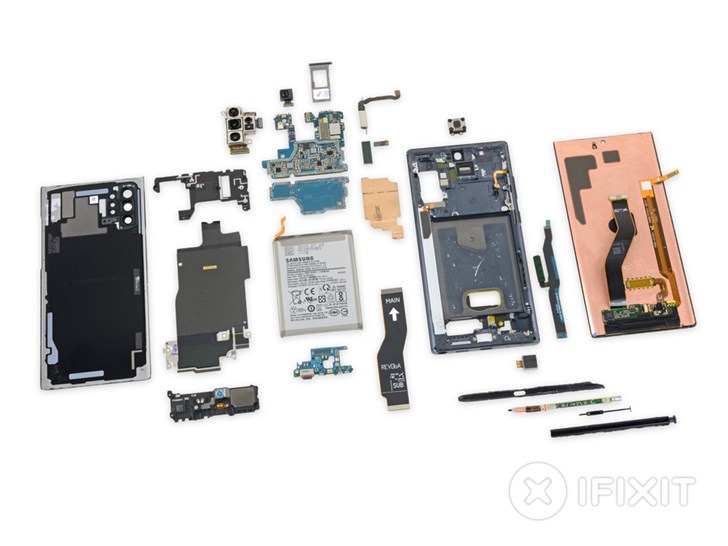 IFixit gave the Samsung Galaxy Note 105G a 3-point rating, and iFixit believes the phone uses a single screw internally. Many components are modular and can be replaced independently, but there is no 3.5mm interface. But each removal starts with a fragile glass back cover; batteries are more difficult to replace; screen maintenance will require the removal of all components, or possibly half of the phone components.