On August 23, 2019, accompanied by a special conference, the business of Shengteng 910 finally arrived. 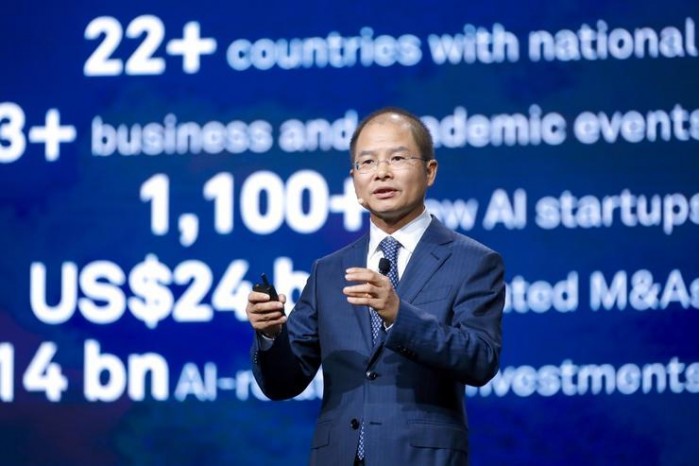 The world's most powerful AI processor, ready for commercial use

At the press conference, Huawei Xu Zhijun said that after the announcement of the 910 rise last year, Huawei had conducted internal tests. The results show that the lifting 910 fully meets the design specifications, that is, the semi-precision (FP16) is 256 Tera-FLOPS, and the integer precision (INT8) is 512 Tera-OPS. More importantly, the power consumption required to reach the specifications of the lift 910 is only 310W, which is significantly lower than the 350W of the design specifications.

As a result, Xu Zhijun said:

As the most powerful AI processor, Shengteng 910 is well-deserved for its overall technical performance exceeding expectations. We have already used Rising 910 for actual AI training tasks.

For future plans, Xu Zhijun said Huawei will continue to invest and launch more AI processors for different scenarios, including edge computing, autopilot vehicle computing, and training, to provide more abundant, economical, and more appropriate AI computing for the entire scene. At the press conference, Xu Zhijun has announced the names of some AI chips, such as Shengten610, Shengten620, and Shengten920.

As early as October 2018, Huawei has announced a number of key information on the rise of 910. Rising 910 is oneThe serverThe specific parameters of the chip are: 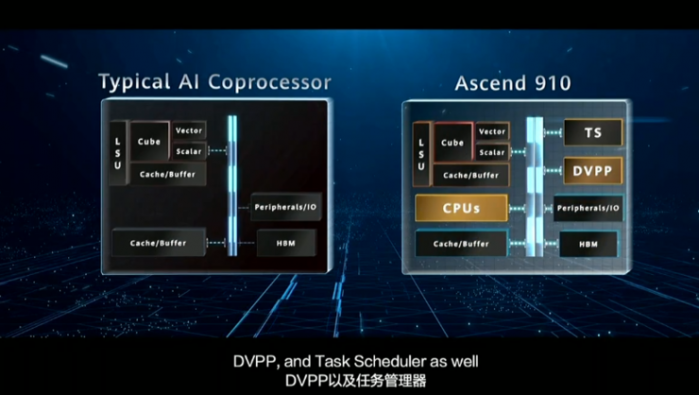 At that time, Xu Zhijun also said that Huawei Shengsheng 910 chips would not be sold separately, but in the form of AI acceleration cards, acceleration modules, servers and integrated computers.

In addition, at the recent Hot Chips conference, Huawei introduced its Da Vinci architecture for AI chips, including the Rising 910 chip.

Huawei's Da Vinci core is divided into three types, the most complete is Max, followed by Lite, and Tiny again. Max can complete 8192 MAC operations in a cycle, Tiny 512. In terms of specific chips, Shengteng 910 belongs to Ascend-Max series. It is based on 7-nm enhanced EUV technology. It has 32 Da Vinci cores built into a single Die. Its semi-precision is up to 256 TFOPs, and its power consumption is 350 W.

At last year's Huawei Connection Conference, Huawei proposed that the AI framework should be eco-friendly (such as significantly reducing training time and cost) and efficient (such as minimum resources and maximum energy efficiency). More importantly, it should be able to adapt to each scenario including end, edge and cloud. After nearly a year's efforts, MindSpore, a full-scene AI computing framework, has made remarkable progress in these three areas.

Scenario-wide support is an important feature of MindSpore in the context of increasing importance of privacy protection and the realization of AI's ubiquitous and increasingly basic needs. For different running environments, MindSpore framework can support large or small, and can be deployed independently in the whole scenario. MindSpore framework achieves cross-scenario collaboration on the premise of guaranteeing users'privacy data protection by collaborating with processed gradient and model information without privacy information, rather than data itself.

In addition to privacy protection, MindSpore also builds model protection Built-in into the AI framework to achieve the security and credibility of the model. On the basis of native adaptation to each scenario, including end, edge and cloud, and on-demand collaboration, the AI algorithm, i.e. code, is implemented to make the development state more friendly and significantly reduce the development time of the model.

Taking a typical NLP (Natural Language Processing) network as an example, compared with other frameworks, using MindSpore can reduce the core code volume by 20%, greatly reduce the development threshold, and improve the overall efficiency by more than 50%. Through the technological innovation of MindSpore framework itself and its collaborative optimization with lifting processor, the challenges of AI computing complexity and diversity of computing power are effectively overcome, and the running efficiency is realized, and the computing performance is greatly improved. In addition to lifting processors, MindSpore also supports GPU, CPU and other processors.

In order to better promote the application of AI, Xu Zhijun announced that "MindSpore will open source Q1 in 2020" to help every developer to promote the ecological development of AI industry.