Intel uses "real performance" to poke at your Shang Tong: 7-nm Revlon delay is not good, frequency is not good

At that time, media reports all mentioned that Intel did not say that until a series of test results were displayed. However, yesterday, no specific test of Intel was released by the media. Fortunately, the official PPT and test data of Intel were released in xfastest.

Before reading this article, you need to know what Intel is following.AMDThe reason for the controversy is that AMD proved at the Revlon 3000 series conference that its processors are better than Intel's nine-generation Core in both single-core and multi-core performance. AMD uses the CINBENCH R20 test, which should be known to all players who have passed the CPU test.

But Intel disagrees that the CINBENCH test software is not representative and can not reflect the real performance, in order to overthrow AMD's propaganda, this debate has continued from Taipei Computer Show to now.

In order to achieve this goal, Intel put forward the concept of Real Usage Guides (RUG), and moved out the computer Architecture: A Quantitative Approach, 5th Ed's author's statement that the only consistent and reliable method of performance measurement is the performance of practical application.

Intel does not approve of CINBENCH R20 because it is designed to measure the performance of Cinema 4D, but not everyone uses computers to render. 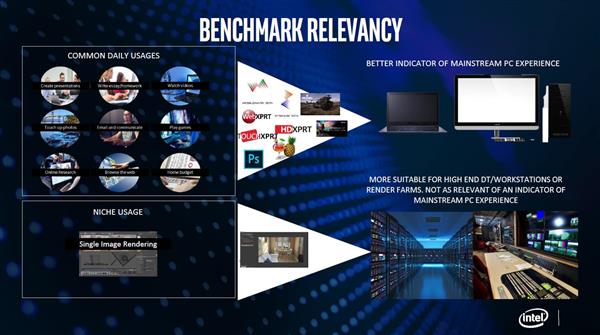 SYSmark 2018 uses real applications to measure the speed of work, authoring, and computer response in test scenarios, such asMicrosoftOfficeAdobe, Chrome and other general computer users use applications as testing tools. 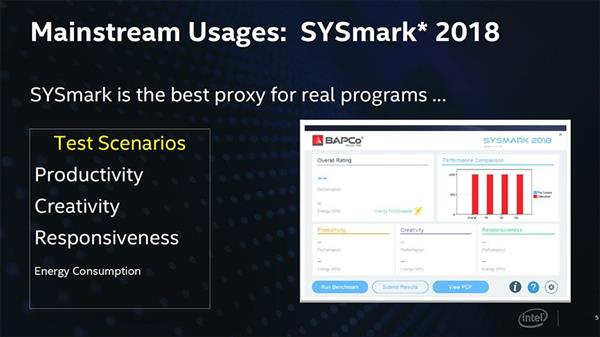 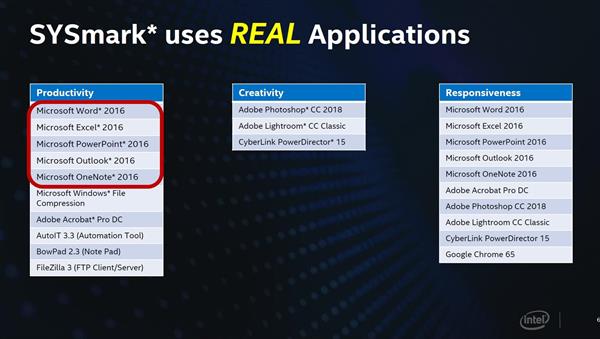 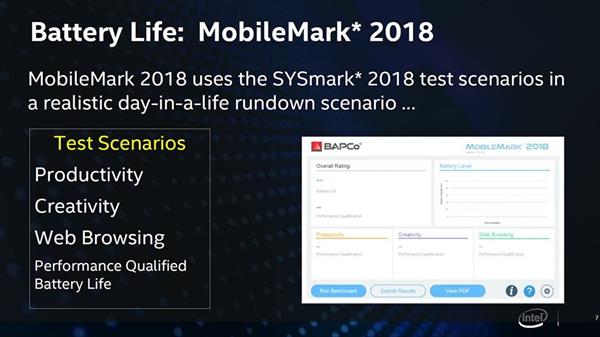 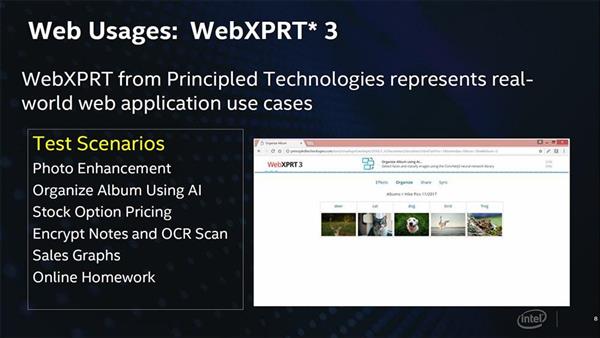 In addition to the real performance problems, Intel has also hit two pains of AMD processors, one is memory latency, the other is frequency. First, look at memory latency. 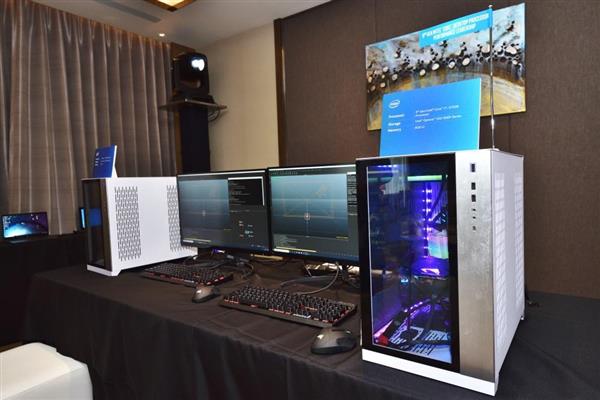 The following test results show that it only takes 15 minutes for Intel Core i7-9700K to simulate the fluid, but 17 minutes for the more core AMD Ryzen 9 3900X. 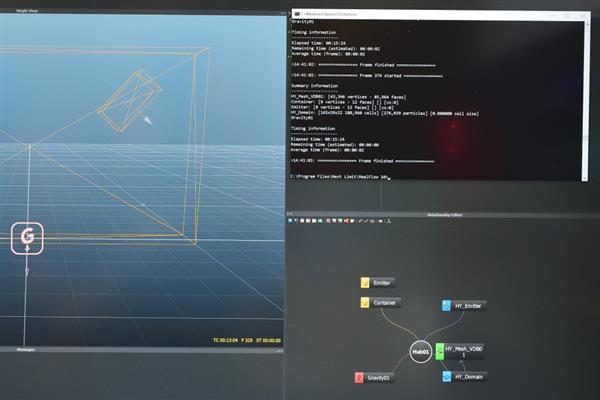 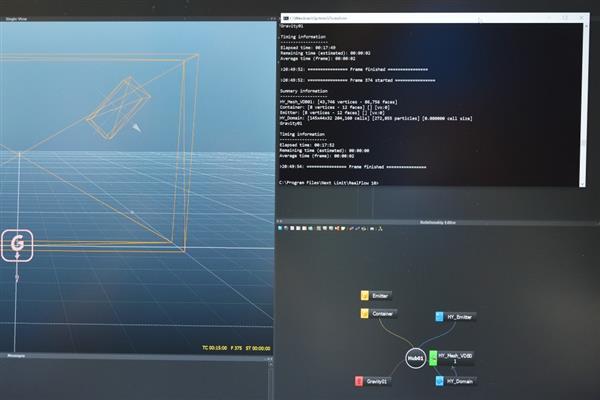 In this application test, not only CPU performance is tested, but also memory performance is required. Intel points out that the Ruilong 3000 processor is designed with CCD and CIOD. The IF bus is needed to store data between the core and memory, so the delay of Core to DRAM needs 75 ns, Core to Core needs 78 ns. 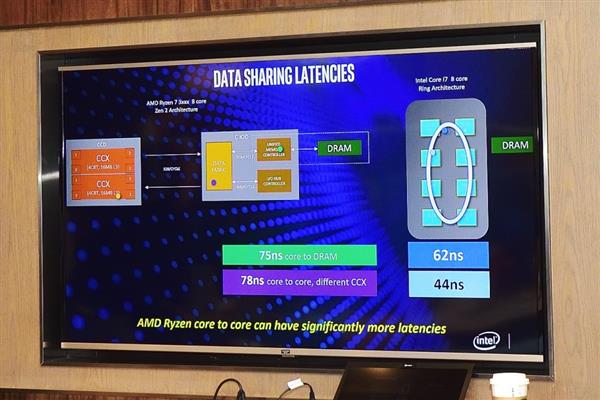 In addition to the pain of direct-poking memory latency, Intel also compares game performance, because many games are optimized to only 4-6 cores, but require higher frequency. In this case, Core i7-9700K is also better than the Reyron 93900X processor. 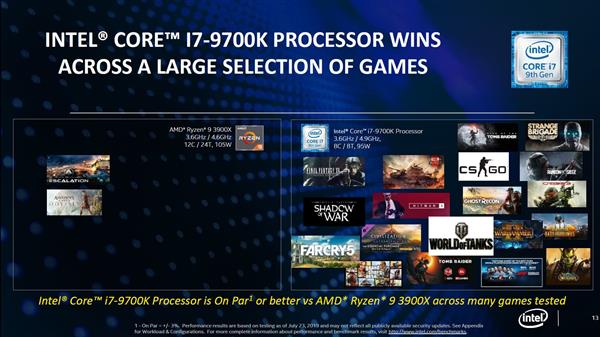 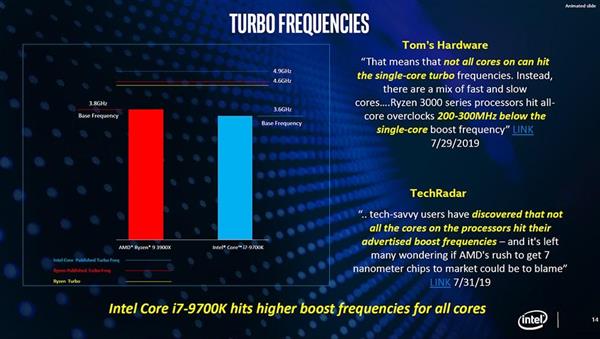 Finally, Intel pointed out that although AMD's multi-core processors generally outperformed Intel processors in CINBENCH R20 tests, the performance of Core i7-9700K in SYSmark 2018 was 1.03 times higher than that of 12 Core Rui9 3900X, Core i9-9900K was 1.06 times higher than that of the latter, and other tests were different. The same is true for Chinese Inel processors, which are flat at least and 9% ahead at most. They are not as miserable as those in CINBENCH. 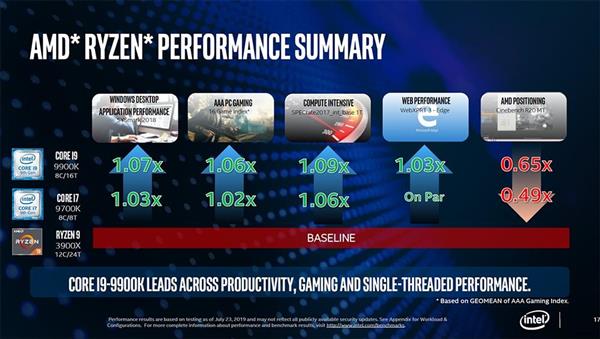 The rest of the original article is about the performance of Intel 10 Core Ice Lake U. If you're interested in it, you can see it here.