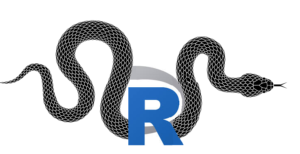 There is some evidence that the popularity of Python has led to a lower and lower usage rate of R. According to TIOBE statistics, Python is currently the third most popular language in the world, second only to the two popular languages ​​Java and C. From August 2018 to August 2019, Python usage increased by more than 3%. Achieving a 10% rating (TIOBE is a proprietary measure of search activity) and is the most prominent of the 20 most popular languages.

In contrast, R has been frustrated in the TIOBE rankings in recent years, falling from 8th in January 2018 to 20th now, second only to Perl, Swift and Go. At the peak of January 2018, R's support rate was about 2.6%. However, according to the TIOBE index, the index has now fallen to 0.8%.

A person from TIOBE wrote:

The popularity of Python continues to grow, but at the expense of the decline in popularity of other programming languages, one of which is R, and Perl falls faster. 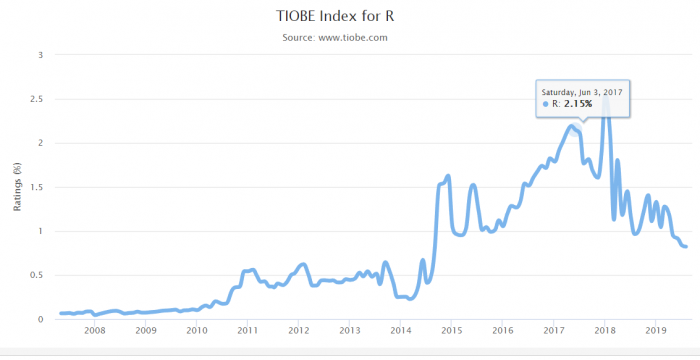 Other data suggests that Python's success over the years has been at the expense of R and SAS (a popular proprietary analysis environment). According to Burtch Works' survey of preferred modeling environments, Python, R, and SAS are hard to beat in 2018: 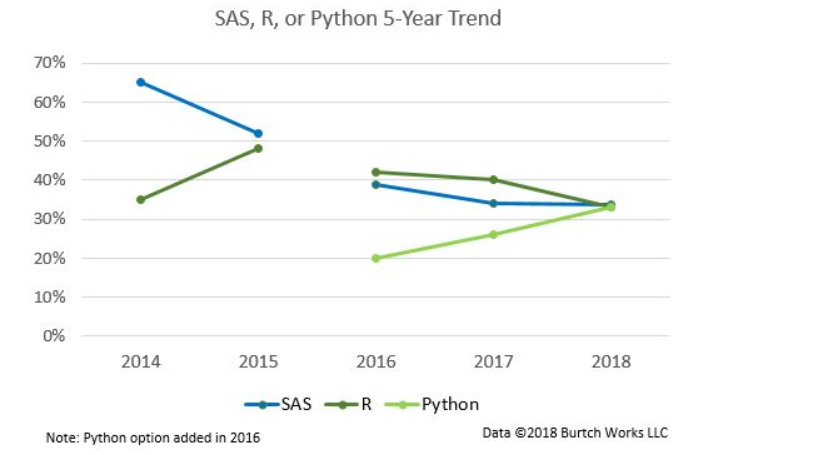 Dice Insight has published an article about "5 languages ​​destined to decline"There is R in this."

R is considered a language for statistical computing. Although academics and data scientists are still using R, some data analysis companies are turning to Python, as Nick Kolakowski, senior editor of Dice Insight, said: “Relying on the use of a few scholars and others. Not enough to sustain the survival of R."

Comparing the various technical benefits of R and Python, it can be seen that although a user may be able to perform any statistical task natively in R or its libraries, the language is not comparable to Python when working in a web browser. Therefore, people who depreciate R think that R's scalability is limited in this respect. The Python ecosystem has grown faster than R.

All of the above phenomena show that Python is developing very fiercely and overlooking R many streets. However, some people have confirmed that the R language is not showing signs of decline or decline, DataCamp (a US data analysis onlineeducationMartijn Theuwissen, founder of the platform, said:

The report on the decline of R has been greatly exaggerated. According to my findings, if you look closely at R, it is still growing, but Python is growing faster.

according toR Consortium(In order to promote the use of open source languages), there are currently more than 2 million R users worldwide, and developers have written and opened more than 13,000 libraries through CRAN (Comprehensive R Archive Network) to automate various Statistics tasks and charting.

A wide range of organizations have adopted the R language as a data science platform, including biotechnology, finance, research, and high-tech industries. The R language is often integrated into third-party analytics, visualization, and reporting applications and runs on a variety of computing platforms.

One of the benefits of R is that it is a course in colleges and universities. Many graduate students study for science in their subjects and learn R for statistical modeling. As the demand for data scientists continues to grow, many of those trained in “hard” science apply their statistical power to the new data science industry, which in turn brings R knowledge. Python is also taught in higher education, but it is more in computer science.

It is well known that investigating the popularity of language is a daunting task. Language has a natural life. There is no absolute way to determine their exact life cycle, so there is no way to fully predict their future (even TIOBE). So it's too early to say that Python has replaced R.

At this particular time, Python's future may be brighter than R, but that doesn't mean R has no future. For some data science jobs, Python is probably the best tool, but for others, Python is hard to beat R.