Why do some cities in the United States choose to say "NO" to 5G? 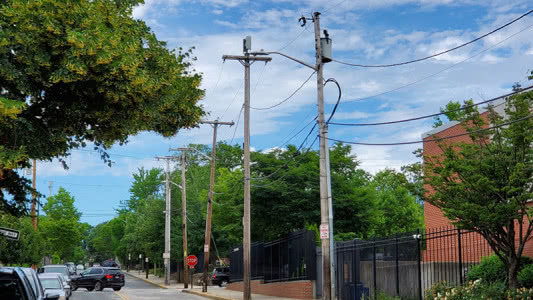 According to the World Health Organization (WHO), there is ample evidence that if RF radiation has any effect on humans, then itcoffeeIt is similar to other "probable cancer" substances such as kimchi. The US Federal Communications Commission (FCC) cited data from the US Food and Drug Administration (FDA) and recently announced that existing restrictions on the RF energy of these antennas make them safer. A senior FCC official said that there is nothing unique about the 5G network that poses additional health risks.

None of this can stop the whirlpool of conspiracy triggered by social media, a vortex that spreads health scares on the Internet.Towns throughout Northern California are issuing decrees to exclude new 5G base stations from residential areas on the grounds of health issues.Legislators in four states, including New Hampshire, have proposed a motion to study further on health effects, otherwise they urge Congress to do so. Congressman Thomas Soz (Democratic Party) also expressed the same concern in a letter to the Federal Communications Commission.

For Tibez, these new "small box" antennas (for 4G networks, but can be upgraded to 5G) are not really dangerous in Santa Rosa. Some of them were installed on poles that were only 20 feet from the windows of people's bedrooms, and residents complained that Verizon had installed poles without notifying them.What is important is that his voters do not want these clumsy public infrastructure to be too close to them.Tibbets said, "I don't want someone to stay at home but feel insecure. The home should have been a safe place." "If these towers don't show signs of cancer in 10 years, I won't." I was surprised, but my job is not to protect Verizon, but to protect people living in my own house."

Regardless of the residents’ opposition to new constructionMobile phoneWhat is the reason for the signal tower,Tibbets – and countless mayors, governors and board members in the United States – have little or no power to act according to the wishes of voters under current rules.. They also don't have the room for maneuvering to price mobile phone base stations, which is a lucrative source of funding for citizen initiatives. The cities that take action are making regulations, even if it puts them at risk of being sued by telecommunications companies, as it happened this month in Rochester, New York.

5G is considered to be the key to future telecommunications, global competition, innovation and even the development of municipal infrastructure, but it has become the focus of debate. In addition to upgrading existing base stations, it is estimated that 500,000 base stations and small units will need to be built on utility poles, lamp posts and buildings. Experts also expect the product's launch cycle to be long, possibly as long as 10 years or more. Most cities want 5G, but they don't want to be told how, when, and at what cost. The FCC has passed regulations aimed at accelerating 5G promotion, which is likely to lead to heated debate.

The game between operators and local governments

“The personal reason I did this is because I think humans are threatened,” said Sandi Maurer, a member of the EMF Safety Network. The EMF safety network is designed to lobby people to reduce exposure to electromagnetic fields. To a certain extent, due to this activism, many towns in Marin County, California, have passed decrees or resolutions that restrict 5G base stations in residential areas. Towns such as Mill Valley specify areas where high towers are not allowed, and may also require a certain distance between them.

In 2018, Verizon withdrew his application to install two small batteries in Sevastopol, California, without suing the city or submitting the matter to the FCC. But since then, the FCC has launched a 5G Rapid Plan that requires cities and states to approve new 5G antennas within 60 or 90 days. It also limits the cost of new infrastructure construction land that government leaders charge carriers—whether it is poles, street lights, or even building facades. Operators like this plan.

A spokesperson for AT&T mentioned a statement praising the new FCC regulations, saying that these rules "will help ensure that all Americans, regardless of where they live, can enjoy and try and truly free market incentives. The benefits of employment, investment and economic growth that this new technology will promote."

A Verizon spokesperson said, "We are looking for reasonable access and reasonable prices so that we can effectively and quickly deploy 5G to the community and people who live and work in the community."

FCC Chairman Ajit Pai and President Trump both said that the widespread deployment of next-generation 5G wireless networks is critical in the United States. A spokesperson for the FCC mentioned the agency's previous statement: "In order for broadband providers to enter new markets and deploy high-speed networks, access must be fast, predictable, secure and affordable."

City leaders say their power to divide the regional and regulatory infrastructure is being cut.More than 90 cities and counties have joined forces to conduct a lawsuit and are currently in the Court of Appeals for the Ninth Circuit. They believe that the Federal Communications Commission is overpowered. The decision may be made as early as possible in the spring, but it may take longer.

Shireen Santosham, chief innovation officer in San Jose, Calif., said the city has approved 596 base stations, all of which can be upgraded to 5G. When the plan began, San Jose signed an agreement with the telecommunications company to build a new small base station at a price of $750 to $2,500 per pole. If these cities lose their lawsuits in the Federal Communications Commission, the city of San Jose may be forced to lower the minimum charge per pole. The city's mayor, Sam Liccardo, said the city is keen to launch a 5G network.

But like other cities,San Jose wants to be able to charge infrastructure for higher pricesNot only does it provide employees with a license to accelerate the licensing of new base stations, but also provide $1 million to $2 million to support a project to provide broadband access to poor families. Likardo said that although the Federal Communications Commission stipulates that licenses are automatically approved after 60 or 90 days, similar things may happen in other cities. He added: "Even if the federal government asks local governments to take action, local bureaucracies have many ways to make it difficult to implement."

Blair Levin, former director of research at the Brookings Institution and FCC chairman Reid Hunter, said: "What wireless carriers are asking is how cities treat them, and others. Any entity that applies for a construction permit is completely different. I think this will be counterproductive, because over time, you will get a hostile relationship, not a partnership."

The most typical example is the city of Rochester, which was prosecuted by Verizon on August 8. Verizon claims that the city's regulations violate the Federal Communications Commission's regulations, "the wireless carrier is charged a non-cost to deploy and maintain small wireless facilities." In other words, Verizon believes that the city's utility poles with 5G antennas installed will be too expensive.

"The federal framework requires cost-based, non-discriminatory access, which is what we are looking for," a Verizon spokesperson said. “This means that federal law prohibits special treatment.”

Another way to challenge operators

The debate about health is difficult to go to court because the FCC has the sole discretion to make electronic emissions safe, and this right is unquestionable in any current court case or pending federal legislation.

Another different – ​​and more successful strategy to date –Challenge operators in the size and shape of 5G base stations.

Industry insiders said in the briefing that these new antennas are only as big as pizza boxes, and in other respects can be used with home Wi-Fi.routerComparable. But the court said that especially when they are located on newly installed towers, they are actually very large and conspicuous, they need to assess their environmental impact, and they also comply with historical protection regulations.

“Even if only 20% of small base stations need to be built, as one wireless company and FCC estimate in their briefing... this could require as many as 160,000 densely packed 50-foot towers,” the court wrote.

Craig Moffett, founder and senior analyst at communications research firm Moffett Nathanson, said that despite all these conflicts, most cities are still eager for telecom companies to bring 5G to their streets.

The industry promises that a true future technology will emerge from the ubiquitous ultra-high-speed wireless network – in this smarter city, your self-driving car, your AR helmet and your automatic platoon Empty trash cans remain online forever. Moffett said, "In retrospect, we might laugh at how stupid I was at the beginning, and I don't know what these applications will be used for."

Related news
It's just a little exaggeration for the United States to blow the 5G Charge.
GitHub Trending has long been “hidden” by Chinese developers. Foreign developers SAY NO
Why do some cities in the United States choose to say "NO" to 5G?
Hot news this week
Britain and China are discussing involving Chinese enterprises in the construction of high-speed rail in the country
New patent exposure of magic mix alpha millet: screen accounts for over 100%
Foreign netizens talk about Xiaomi 10: half cheaper than Samsung S20 with similar configuration and reasonable price
Data shows that global wafer production capacity is monopolized by Samsung TSMC and other manufacturers
Huawei: no cooperation with crypto Ag and other companies under the control of CIA
100% full screen? Samsung Galaxy note 20 first exposure: or in July
Global wafer capacity is monopolized by Samsung TSMC and other domestic CPUs / memory, which is too difficult
Amazon employee No.1: the giant is unstoppable, but there is evidence for the split
Xiaomi 10 series international edition will be postponed after MWC is cancelled
Alipay combined with a number of service providers push support plan catering businesses can get free online business services.
The most popular news this week
Google pixel 5 XL exposure: top border width is greater than bottom border
Huawei releases the best 5g network: the first 800g module reduces 5g power consumption by 20%
Lei Jun reveals Xiaomi's 1.1 billion pixel photo of the earth: collection and private photo release
Support 50W fast flash charging Xiaomi mobile power supply 3 super flash charging version evaluation
China's export of auto wiring harness cannot be supplied: Hyundai plant only started one day and announced to continue to shut down
Huawei releases "5G Best Web "solution Base station power can be reduced by more than 15%
Internet medical beauty platform "more beautiful app" sued by actor Qin LAN: apologize and compensate 50000 yuan
Amd announces the secret of 7Nm zen2 "small chip": reduce the manufacturing cost of 64 cores by 50%
US scientists announce the key step to create the first new coronavirus atom map for vaccine development
Huawei announced 91 5g contracts and will invest 20 million US dollars to support 5g applications