Why are we upgrading from Windows 7 to Windows 10?

Because of its ease of use, simplicity, and efficiency, Windows 7 has become another & everquo; evergreen tree after Windows XP. But there is no banquet in the world, technology is constantly changing, and with the introduction of Windows 10, which is safer, more efficient, and more powerful, Windows 7 has fulfilled its historical mission. Microsoft will completely complete the extended support for Windows 7 on January 14, 2020, no longer providing any patches. 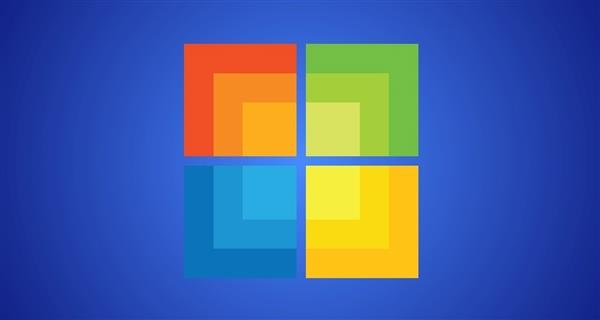 In fact, as early as January 13, 2015, Microsoft terminated the mainstream technical support for Windows 7 SP1, and only released security patches and emergency fixes. According to Microsoft's official plan, after January 14, 2020, although your computer can continue to run Windows 7, you will not be able to get the following: 1. Technical support for any problem; 2. Software update; 3. Security update or repair.

Even though I don't want to wait, until today, there are still a large number of users who are not willing to jump out of the Windows 7 system and “comfort circle”. One of the most common questions is: Why should I upgrade from Windows 7 to Windows 10?

Abandoning feelings, many users who are still using Windows 7 are mostly “customized”, and take it for granted that Windows 7 is better than Windows 10, but everyone knows that Windows 7 has not only discounted the user experience, but also There is a huge hidden danger in security. 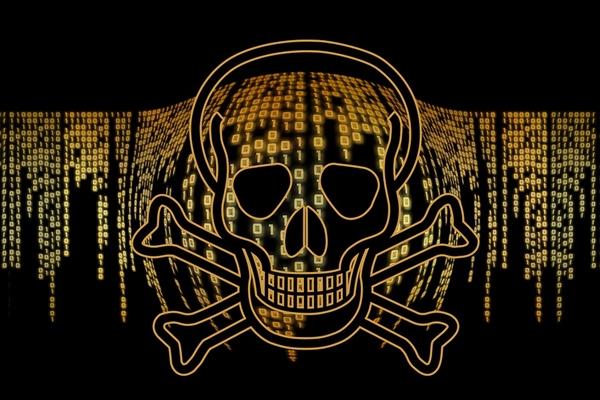 The most deadly effect is that without a security update or fix, the computer directly opens the door to viruses and malware, and the risk of attack increases exponentially. At the same time, the lack of software updates, system efficiency will be greatly reduced, new games, software can not achieve the highest performance in Windows 7 system.

As the safest Windows in history, the biggest feature of Windows 10 is that security does not change over time, and there is no need to rely on third-party security software, as in previous Windows.

By automatically checking for the latest updates, the system's standard Windows Defender has been able to provide comprehensive, continuous, and real-time protection against software threats such as viruses, malware, and spyware on email, apps, the cloud, and the web. For users, as long as they are updated to the latest version, they will always be able to enjoy the latest features and protection without the need for additional costs such as security, purchase and so on.

According to the latest statistics, more than 50% of Windows devices rely on Windows Defender as their primary anti-virus software. It is worth mentioning that in the Windows 20 platform soft test report released by the German authority AV-TEST in June 2019, Windows Defender scored three 6.0 full marks for the first time, with a total score of 18 points and F-Secure, Kabbah. Ski, Symantec, etc. tied for the first time, even surpassing Avast, AVG, Bitdefender and other old anti-virus software. 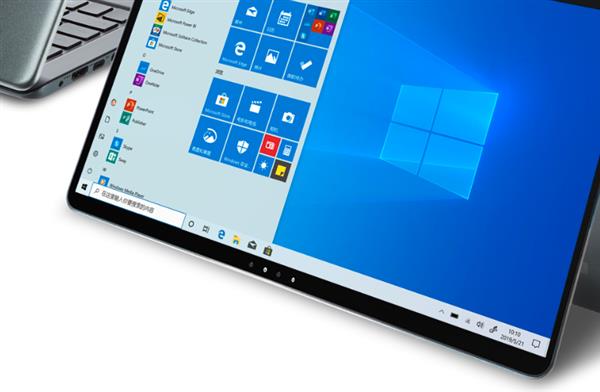 Windows 10 also far exceeds Windows 7 in terms of the most influencing user operating efficiency. Taking boot speed as an example, the Windows 10 computer's boot time is on average 28% faster, and thanks to face or fingerprint support, Windows 10's login speed is tripled.

And in terms of user-friendly features, Windows 10 also allows you to do more things with less peace of mind. For example, the Microsoft Edge browser can print web pages without ads or more information, and by enabling the Clutter Free printing option, you can print only what you need.

For example, use the Windows key and the arrow keys to easily snap up to 4 windows to the screen, giving you an overview of all the windows in progress. At night, the blue light from the screen may make it difficult for you to fall asleep at night. Turn on Windows 10 night mode and your screen will show warm colors. 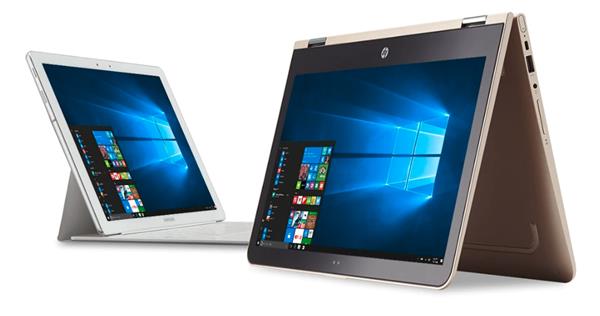 For gamers, Windows 10 is also genetically innate due to Windows 7, including better compatibility and support for 4K games, exclusive "game mode" and support for performance gains from DirectX 12.

In the case of "game mode", when this mode is started, Windows 10 will allocate more CPU and GPU resources to the supported game programs, so that the latter will be more in frame number and performance than before. Stable, more unified and more predictable. Obviously, in addition to being the safest Windows in history, Windows 10 is undoubtedly the best operating system available today.

The data won't lie. According to Steam's last month's survey data, gamers have completely fallen in love with Windows 10, and their share has exceeded 70% for the first time, well above the industry average. In June of this year, the Windows 10 64-bit version accounted for 70.92% of the Steam platform, while the Windows 7 64-bit version had only 21.34%.

The latest version of Windows 10 is the best Windows 10 update in May 2019. Users have free control over the update time, a new bright theme, a simplified start menu, more built-in applications can be deleted, and the system becomes Faster and more efficient.

For example, the enhanced search mode can search for more content; the new note-based app will support cross-device synchronization, from PC to mobile phones and more. At the same time, it also supports passwordless login, allowing users to no longer set independent pin codes. Instead, it automatically generates a temporary pin code login system through the form of mobile phone text message when logging in, and it is associated with Windows Hello, which is more convenient and convenient. 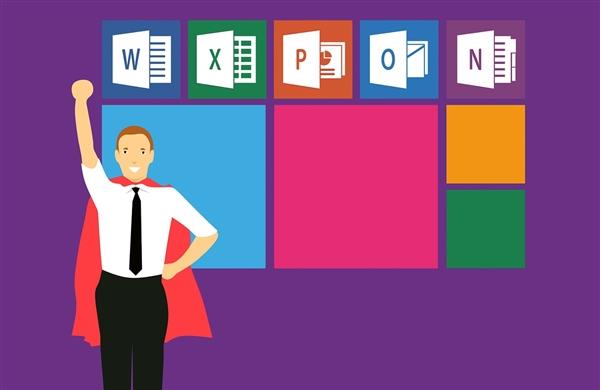 To make it easier and more convenient for consumers to use Office 2019, Microsoft China has partnered with many OEM partners including Dell, Asus, Huawei, HP, Lenovo, and Xiaomi to pre-install Office Home and Student Editions on consumer PC devices. 2019, making consumers ready to use.

Today, with the continuous upgrade and improvement of Microsoft, Windows 10 has undergone several iterations and successfully became the world's largest operating system, with more than 800 million devices installed worldwide. 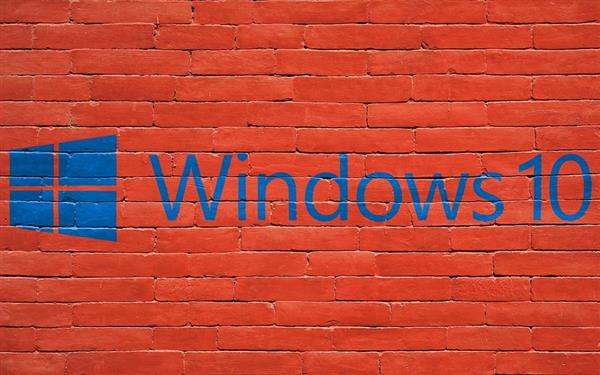 The society is always developing, and the good things will always grow old. Over time, it will be replaced by more advanced, safer and better use. The historical law will remain unchanged, and Windows 10 will allow you to keep up with development. The footsteps.

There is no doubt that to stay safe, follow efficiency, and improve performance, upgrading from Windows 7 to Windows 10 is the only way, and a new computer with Windows 10 and new Office pre-installed, such as Surface, will obviously be the best. Way of experience.

Related news
Why are we upgrading from Windows 7 to Windows 10?
The market share of Windows 10 is beginning to decline markedly.
Windows 7 users must see How to Upgrade to Windows 10
Teach you genuine Windows 7 Upgrade windows 10 for free: with tutorial
Hot news this week
At least 29000 facilities were affected, and WeiUnicom announced that there were serious loopholes in QTS and QuTS hero.
The source code of the official website shows that the Microsoft Build 2023 developer Conference will be held on May 23-25.
The rendered picture of Meizu experience Center is exposed: there are cars and mobile phones to build 1000 stores.
Musk, the richest man in the world, also suffered a huge loss when he bought bitcoin by Tesla, who "cut leeks".
256G is not enough! Bloggers bought Xiaomi phone 512G has used up more than 300G: WeChat accounted for 70G
Xiaomi tablet 6 key specifications steal run: high brush domestic screen Snapdragon 870 can also play!
Regret that the medicine is gone! Apple closes downgrade channels for multiple versions such as iOS on 16-15-12.
Beihang Professor unveils FIG Leaf, consumer anger, Why is advanced technology difficult to win user recognition?
Only high-end models have? The exposure of the periscope camera lens is limited to the iPhone 16 Pro Max
Meta earnings release analysts: Snap turning profit into loss in the fourth quarter is good news for it and Google
The most popular news this week
Microsoft's new version of Bing appears briefly: full access to ChatGPT
Bill Gates: the history of ChatGPT is as significant as "PC or the birth of the Internet"
Why does the United States keep cracking down on Huawei, but we don't do anything to Apple?
Samsung promises firmware update to solve the problem of plummeting Pro SSD health value
AI such as CEO:ChatGPT, parent company of "GTA5", will raise standards in the game industry.
Huawei's entry into the electric bicycle Tailing official announced that the combination of strong and powerful forces will open a new era.
Huawei P60 appeared and ran: it was quite unexpected to carry the processor.
Yingchi set foot in the game display for the first time: 27-inch 2K screen, 165Hz high brush
Who says Jixian can't play games? Evaluation of Lenovo's new Pro 16 2022 sharp dragon version
Domestic version of ChatGPT! Baidu version has successfully registered ERNIE trademark: opened in March