To reduce costs, the iPhone will adopt a domestic OLED screen next year. 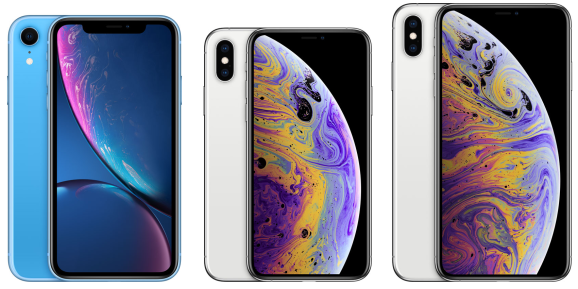 According to the Nikkei Asian Review, Chinese panel maker BOE Technology Group has an obvious intention to prepare for this project.appleCooperation begins productionOLEDScreen to challenge the status of Korean suppliers.SamsungCurrently occupying more than 90% of the global high-end screen market, and competitorsLGDisplay is a lot behind.

It is estimated that the Samsung OLED screen isiPhoneThe cost price on XS and iPhone XS Max is $110 and $120, respectively, and these screens have been expensive due to high production costs (OLED production costs are about twice that of LCDs) and the relative lack of competition. But BOE's OLED screen is relatively affordable. It has a local conveyor chain and investment advantage. Secondly, thanks to government subsidies, BOE's OLED screen is about 20% cheaper than Samsung in the same size. In the case of smaller size, it may be It will be cheaper.

For Apple, who buys the product depends on its quality. Due to differences in color reproduction between LG's screens, Apple prefers to use Samsung OLED screens on iPhone X and iPhone XS. This year, Samsung may launch a "Pro" quality iPhone display with faster refresh rate, higher brightness and better color performance, while further widening the gap between the high-end and low-end machines on the screen. The relatively low-cost OLED screen became a component of the 2020 entry iPhone.

BOE is already working forMacBookwithiPadLCD screens are available, but due to cost considerations, neither product uses an OLED screen. The report shows that if BOE parts are certified, they will be used as a replacement panel for the old iPhone, and new equipment will be put into use next year after passing the test. In addition, BOE is also working forHuaweiApple and other flexible OLED screens are being tested by Apple for use in future products.

It's worth noting that reducing the cost of OLEDs doesn't necessarily mean that the iPhone will eventually cut prices. As Apple plans to introduce Qualcomm's 5G baseband chips into the iPhone line by 2020, this change will also increase the cost per device. Therefore, it is entirely possible for Apple to take advantage of the saved screen cost to offset the impact of rising chip and battery prices on the new low-end devices, so that retail prices will remain roughly unchanged next year.

Related news
To reduce costs, the iPhone will adopt a domestic OLED screen next year.
BOE may be out of Samsung LG will supply OLED screen for iPhone in 2020
BOE out? Samsung LG will supply new OLED screens for iPhone 12 next year
5.4 inch version iPhone 12 exposure: almost no banghai, beijing east supply OLED screen
Hot news this week
China's second-biggest retail channel for smartphones in May Huawei is a step away
Huawei cloud's industrial Internet business experience: how to make the cloud serve the entire "circle of friends"?
After the total ban, the United States announced the arrest of Fujian Jinhua General Manager Chen Zhengkun!
Most people don't know that the hole at the bottom of the original mobile phone also has this function
Japanese legislation forbids walking and playing mobile phones: mobile phones in public places should stand still
A reporter from the United States who was infected with the new coronavirus took part in the trump campaign rally
Synergy Research released 2020Q1 China public cloud market report Baidu Intelligent Cloud stable third
Japanese media: invest 800 billion yuan in ten years, Tsinghua Ziguang self research memory will come out in 2022
Most people don't know that the hole at the bottom of the original mobile phone has this function
Is the market value of hundreds of billions of dollars really overestimated?
The most popular news this week
How to solve the advertising bombing of the circle of friends? These wechat tips are very useful
5g's first evolution standard announced completion of integration of Chinese wisdom into international standards
Microsoft's push Edge browser has turned users into angry Chrome
Facebook develops neural supersampling technology to counter DLSS
Apple will launch a new local gold iPhone 12: high end version only
Internet Association calls for no unilateral digital tax in future Anglo American trade agreements
Tencent after raising geese in Guizhou: we raise "chicken" in Qingyuan
really need a WiFi 6 router?
Microsoft launched Pylance improve Python experience in VS Code
Apple may launch new gold color for iPhone 12 Pro Max to complement bronze note 20 ultra