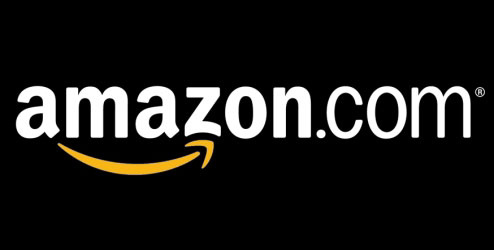 In 2012, Amazon applied to the Internet Corporation for Assigned Names and Numbers (ICANN) for the gTLD “.amazon”, which caused unanimous opposition from the Amazon basin countries such as Brazil, and a protracted dispute opened.

The 7-year battle is always eye-catching

In the summer of 1994, Amazon founder Jeff Bezos set up an online bookstore called "Cadabra" in his garage, but Bezos later decided to change his name because of his pronunciation and similar pronunciation of "corpse" in English. He opened the dictionary and fixed his eyes on the word "Amazon". The word Amazon, which represents the largest number of species on Earth, has become a new name for the company. The company reopened in July 1995 and translated into Amazon in Chinese.

Site suffixes such as ".com" and ".org" that are commonly familiar to Internet users are collectively referred to as gTLDs. With the opening of the first round of new gTLD applications in the world, Amazon applied for the “.amazon” domain name in 2012. Due to the same spelling in English, the application was strongly opposed by eight members of the Amazon Cooperation Treaty Organization (ACTO).

In July 2013, ICANN made a “non-acceptable” decision on Amazon’s application. Amazon subsequently applied to the third-party independent arbitration panel for a review and won in July 2017. The group recommended that ICANN re-establish an "objective, independent judgment." In October 2018, ICANN lifted the "incompatibility" status and restarted the application review process; until May of this year, the ICANN Board of Directors announced that Amazon's proposal for public interest commitments was "acceptable."

Hong Yu, director of the Institute of Communication Studies at Zhejiang University, said in an interview with Xinhua News Agency that the ICANN board is likely to maintain the decision in May. From the application process announced by ICANN, there is no way to stop the application.

The allocation of domain name management rights is the core of the dispute between the two parties over the past seven years.

ACTO member states believe that territorial interests give them the right to participate in the management of the “.amazon” domain name. As early as 2012, Brazil and Peru, with the support of the governments of Bolivia, Ecuador, Guyana and Argentina, submitted a warning to the Governmental Advisory Committee (GAC) stating that if the domain name was exclusive to a private company, it would be for the public interest, for the Amazon Activities related to the conservation and promotion of river biomes will be directly affected.

ACTO Executive Director Carlos Alfredo Lazzari Teixeira believes that the common domain name is a reasonable claim. "Amazon values domain names that are good for its business plans, while South American countries value names related to cultural and geographical heritage, such as the names of rivers and primitive tribes," he said in an interview with Xinhua.

The Amazon company agrees that “the terminology that has primary and recognized significance for the culture and heritage of the Amazon region is not used as a domain name,” but it is recommended that South American countries use a country name abbreviation plus a “.amazon” combination, such as Brazil. Br.amazon". To this end, Amazon is willing to provide nine additional domain names for use by eight member states and ACTO organizations.

In the past seven years, although both sides have made concessions, there are still differences in the more specific management scope of the common domain name, and there is no way to finally reach an agreement.

To gain support from the Amazon basin countries, Amazon offered compensation programs, such as e-readers and web hosting services worth about $5 million for South American countries, but was rejected by South Americans.

"It's like going back to the era when the American continent was just discovered. (The colonists) exchanged gold with indigenous people for small objects, such as small mirrors," Lazari said.

After the Andean Community Summit held at the end of May this year, the presidents of Peru, Colombia, Ecuador, and Bolivia issued a joint statement saying that ICANN’s decision created a “serious precedent”, “putting private commercial interests in national public policy, The rights of the inhabitants and the protection of the Amazon River."

In 2012, Amazon.com applied to the Internet Corporation for Assigned Names and Numbers (ICANN) for the gTLD ".amazon", which caused unanimous opposition from the Amazon basin countries such as Brazil. A protracted dispute opened.

What is a domain name?

What is a top-level domain

The latter represents a group of names and multiple organizations, including “.gov” (government), “.edu” (educationInstitution), ".com" (commercial), ".org" (organization). There were only 22 gTLDs before 2012. In order to promote diversity, encourage competition and improve the effectiveness of the Domain Name System (DNS), in June 2011, the Internet Corporation for Assigned Names and Numbers decided to open up new gTLDs worldwide. The first round of new gTLD applications worldwide will be available from January 12th to April 12th, 2012. Since the Amazon region is not in the national and regional top-level domain categories, “.amazon” is a generic top-level domain.

What is a GAC ​​warning

The Governmental Advisory Committee (GAC) is the ICANN department that speaks on behalf of governments and international government organizations. Its main responsibility is to advise ICANN on public policy issues.

The top-level domain application will be published on ICANN's official website, and a 60-day comment period will be launched. During this period, the GAC may issue an early warning notice about the application. The notice indicates to the applicant that one or more governments believe that the application may be sensitive or problematic.

After the US outdoor brand Patagonia submitted the ".patagonia" gTLD application to ICANN, both the Argentine government and the Chilean government submitted a GAC ​​warning. After the dispute occurred, the Patagonia company withdrew the application.

Related news
Hot news this week
China's second-biggest retail channel for smartphones in May Huawei is a step away
Huawei cloud's industrial Internet business experience: how to make the cloud serve the entire "circle of friends"?
After the total ban, the United States announced the arrest of Fujian Jinhua General Manager Chen Zhengkun!
Most people don't know that the hole at the bottom of the original mobile phone also has this function
Japanese legislation forbids walking and playing mobile phones: mobile phones in public places should stand still
A reporter from the United States who was infected with the new coronavirus took part in the trump campaign rally
Synergy Research released 2020Q1 China public cloud market report Baidu Intelligent Cloud stable third
Japanese media: invest 800 billion yuan in ten years, Tsinghua Ziguang self research memory will come out in 2022
Most people don't know that the hole at the bottom of the original mobile phone has this function
Is the market value of hundreds of billions of dollars really overestimated?
The most popular news this week
How to solve the advertising bombing of the circle of friends? These wechat tips are very useful
5g's first evolution standard announced completion of integration of Chinese wisdom into international standards
Microsoft's push Edge browser has turned users into angry Chrome
Facebook develops neural supersampling technology to counter DLSS
Apple will launch a new local gold iPhone 12: high end version only
Internet Association calls for no unilateral digital tax in future Anglo American trade agreements
Tencent after raising geese in Guizhou: we raise "chicken" in Qingyuan
really need a WiFi 6 router?
Microsoft launched Pylance improve Python experience in VS Code
Apple may launch new gold color for iPhone 12 Pro Max to complement bronze note 20 ultra