IT Home, Aug. 25, according to the Guardian, a NASA astronaut broke into the bank account of his separated sexual partner while living on the International Space Station (ISS). At present, NASA is investigating, and the New York Times says it appears to be the first criminal charge in LEO. 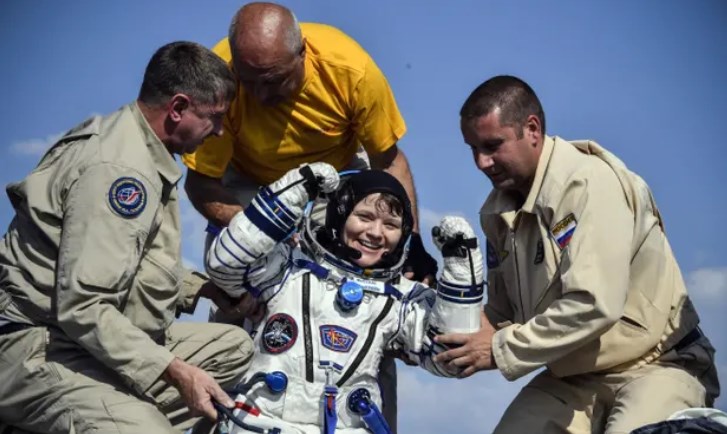 It is reported that astronaut Annie

At present, McLean has returned to Earth after completing his six-month mission.

She is said to have separated from her spouse, Summer.

Before they broke up, McLean had been raising Warden's youngest son and providing financial support. Her lawyer said she entered the bank account because she wanted to make sure the family was financially sound, had enough money to pay the bills and take care of Warden's son. She did not know that Warden had asked her not to enter the account again.

It is reported that the space agencies of the United States, Russia, Japan, Europe and Canada involved in the construction and operation of the International Space Station have developed procedures to deal with legal issues arising from astronauts flying around the Earth. A NASA spokesman declined to comment on the current NASA investigation.

Related news
Deep net|Successful launch of the thousand-day one. How far is China's commercial space flight from Space X?
Space crime: NASA's female astronaut space station invaded her predecessor's bank account
NASA creates a new "moon landing woman" Logo for Artemis's plan
Samsung's new space display on the shelf to save players from cervical spondylosis?
New cooperation between space X and NASA: to use Tesla Model x to transport astronauts
NASA chooses Axiom Space to provide the ISS's commercial residence module module
NASA astronaut Christina Koch and crew return to Earth safely
Space X delayed the launch of 60 satellite chains again due to hardware problems
Hot news this week
ASUS main board leads Rog day fans Carnival highlights
IPhone 12: it's more like throwing away the charger
Gree's response to "being disqualified from winning the bid": a mistake made by the bidder in sorting out the materials
Apple wants to know: what do you do with the charging head of the old iPhone?
A 400-brand evacuation Facebook： the internet giant strangled?
The dotcom bubble? U.S. technology stocks surpassed their 2000 highs relative to the S & P 500
Tesla's warranty service suddenly shrinks: touch screen and media control unit halved to two years
Samsung and research team found a new semiconductor material: amorphous boron nitride (a-bn)
Tesla's warranty service suddenly shrinks? Official response: the truth is here
B550 motherboard price hike a fan denounces amd for changing high play, explaining why it is so expensive
The most popular news this week
What is the difference between the mass production of arm China "Star" processor and Cortex-M?
Arm China Star processor mass production! Specially designed for China
Chinese developers share: how much money did I make after spending four years making an independent game?
Protection of user privacy, why Xiaomi?
Looking forward to Google's own son: pixel 5 Series reduced to midrange snapdragon 765G / back fingerprint
Intel clarification Thunderbolt 4 interface for AMD platforms
Domestic oil prices have risen for two consecutive times! Reasons for rising oil price of PetroChina
Successful development of new coronal vaccine in the United States? The subjects said they had antibodies: they were vaccinated two months ago
China Academy of communications and communications: in June, the domestic mobile phone shipment volume was 28.63 million, with 5g mobile phones accounting for more than 60%
Xiaomi rose 30% in 8 consecutive trading days, and its share price returned to the issue price of HK $17