Middle-aged woman WeChat shakes a chat and is cheated. Helped and deceived. 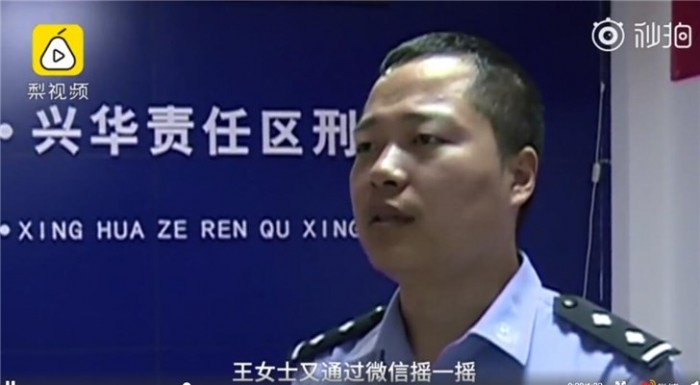 Ms. Li, who is in her 40s, usually likes to chat online. In July 2018, she waved through WeChat and met a man named Wang, who claimed to be the head of Hainan. The two of them talked very speculatively. They had a good sense of hate and night, and soon they developed into nothing. "good friend". In the meantime, the two have had several large-scale video chats.

After about a month of acquaintance, the man surnamed Wang began to "do bad luck." First, the workers had an accident and needed money. After that, they drove the car and needed to compensate the other party. Every time he encountered troubles, Wang said that his money did not come together, and Ms. Li continued to lend the other party 16,000 yuan.

On the agreed date of repayment, Wang did not mention the money. Ms. Li reminded him several times. Wang turned his face and claimed that she had photographed her indecent photos and videos while chatting with Ms. Li. Send money to these photos and videos online. Finally, Wang simply pulled Ms. Li away.

Help and be deceived again

Ms. Li knew that she had run into a liar, but she did not report the case to the police because of her feelings.

At the same time, she did not learn the lesson, but continued to search for "sounds" on the Internet. Not long after, Ms. Li also made a shock to know Zhang, who claimed to be the police of the Shangrao Public Security Bureau in Jiangxi.

Ms. Li and the other party talked about their experience of being deceived. Zhang immediately said that he had friends in the police field in Hainan. He could ask someone to catch this liar and recover the 16,000 yuan that Ms. Li was cheated.

When Ms. Li had been a little wary, she sent Wang’s WeChat information to Zhang, and Zhang first helped to check people. Except for Ms. Li’s surprise, in a few days, there was a self-proclaimed Hainan police officer who added Ms. Li as a friend with WeChat, and said that Wang, who defrauded Ms. Li, was actually surnamed Zhu, 23 years old, and sent a few more. Zhu’s photo.

When Ms. Li looked at the photos, she really deceived her own Wang, and immediately dispelled the wariness of Wu.

Wu told Ms. Li that Zhu had been arrested and waited for the court to decide, but Zhu deceived a lot of people, and the money was spent almost. Ms. Li wants to get back her own 16,000 yuan and needs 10,000 yuan to handle the case. Funding." Ms. Li calculated the account, spent 10,000 yuan to get back 16,000 yuan, and then 10,000 yuan to the other party, I did not expect it to be mud cows into the sea, and finally Zhang and Wu have been black.

Under this time, Ms. Li couldn't help herself, and quickly reported the case to the criminal police team of Xinghua District of Taiyuan City Public Security Wanbai Branch.

After listening carefully to Ms. Li’s statement, police officer Liu Yan immediately concluded that the so-called Jiangxi police Zhao and Hainan police Wu should be the same person. So I rushed to Hainan to capture the 23-year-old Zhu Jing, a Qujing man from Yunnan, and rushed to Jiangxi to capture the 26-year-old Leping City.

The Yunnan man Zhu who defrauded Ms. Li’s 16,000 yuan did not have to mention it. She said that Zhang, a man from Jiangxi Leping, knew that after Ms. Li’s deceived experience, she felt that she could take advantage of her, and she used another one.Mobile phoneNo., also registered a WeChat, pretending to be Hainan police Wu Mou on the grounds of "handling funds", defrauding Ms. Li's 10,000 yuan, which is exactly the same as police officer Liu Yan.

So, how did Zhang find out the true identity of Zhu and get his photo? It turned out that Zhang first passed Zhu's WeChat and found Zhu's QQ number. After adding Zhu as a friend, he knew Zhu's real name from Zhu's QQ dynamics and stole the photos.

At present, both Zhu and Zhang have been criminally detained on suspicion of fraud.

Related news
The number of monthly accounts of Tencent WeChat and WeChat has reached 1,132.7 million: a year-on-year increase of 7%
Middle-aged woman WeChat shakes a chat and is cheated. Helped and deceived.
Tencent 110 White Paper on Anti-Fraud for the Middle-aged and the elderly has become the worst-hit area after 70
Hot news this week
China's second-biggest retail channel for smartphones in May Huawei is a step away
Huawei cloud's industrial Internet business experience: how to make the cloud serve the entire "circle of friends"?
After the total ban, the United States announced the arrest of Fujian Jinhua General Manager Chen Zhengkun!
Most people don't know that the hole at the bottom of the original mobile phone also has this function
Japanese legislation forbids walking and playing mobile phones: mobile phones in public places should stand still
A reporter from the United States who was infected with the new coronavirus took part in the trump campaign rally
Synergy Research released 2020Q1 China public cloud market report Baidu Intelligent Cloud stable third
Japanese media: invest 800 billion yuan in ten years, Tsinghua Ziguang self research memory will come out in 2022
Most people don't know that the hole at the bottom of the original mobile phone has this function
Is the market value of hundreds of billions of dollars really overestimated?
The most popular news this week
really need a WiFi 6 router?
Microsoft launched Pylance improve Python experience in VS Code
Apple may launch new gold color for iPhone 12 Pro Max to complement bronze note 20 ultra
Rebound for four consecutive months, Nissan's sales in China exceeded 130000 in June: Xuanyi increased by 37%
Equipped with a12x: Apple TV 6 concept image outflow, remote control with display screen
Anti science content is hyped on Facebook, the study found
Snapdragon 875 shipping time exposed next year Android flagship with 100W fast charging and 8p lens
Ubuntu 19.10 will end the life cycle this month
Microsoft improves windows 10 taskbar: users want to be transparent
Independence Day celebrations in the United States ignored epidemic protection, trump was criticized as "extremely irresponsible"