LG flagship store
While the losses continue to expand,LGDisplay also announced that it will reinvest 3 trillion won (about 17.6 billion yuan) to expand 10.5 generations in Paju, South Korea.OLEDThe capacity of the panel factory to consolidate its leadership position in large OLED panels. The latest news shows that LGD's Guangzhou 8.5-generation OLED panel production line with a total investment of 46 billion yuan will be put into operation in the third quarter of this year, with a planned production capacity of 60,000 pieces per month. By the end of 2019, plus the South Korean factory's monthly capacity of 70,000 pieces, LGD's monthly OLED production capacity will reach 130,000.

At present, LGD is the only panel manufacturer that can mass produce large-size OLEDs, and unswervingly continue to expand investment to increase OLED panel capacity, trying to further consolidate its advantages and undertake OLEDs.TVThe outbreak of the market. All large-scale OLED panel manufacturers invested by LGD use evaporation technology. 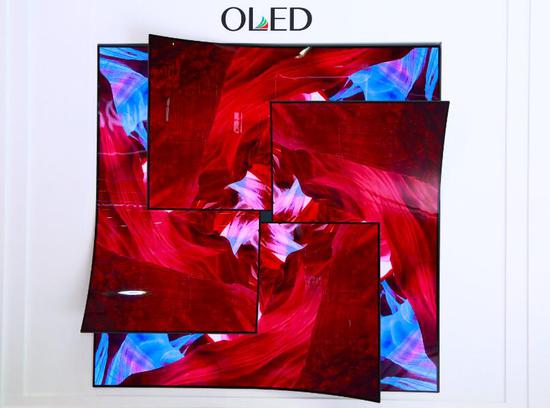 This move was called "closed eye gamble" by some industry experts.

In the history of any industry, the market outbreak will not be monopolized by a company to supply upstream core components. Once plasma TVs have deviated from the mainstream, will LGD's OLED smelting OLEDs be another technology that may be replaced?

It is understood that the evaporation of OLED in the application of large-size panels, the production costs remain high. However, printed OLEDs have the opportunity to significantly reduce manufacturing costs, making OLEDs more cost-competitive in TVs and IT products. In addition, printed OLED devices have lower investment and higher material usage rates.

Once the printed OLED is mass-produced by China's major LCD panel factories, LGD's huge investment will probably not be advantageous. Will this "gamble" that is invested heavily and invested heavily will be lost?

Related news
LG Display's loss is expanding again. Expanding the vapor-deposited OLED panel is accused of "closed eyes and gambling"
LG Display displays transparent OLED display in Harold Department Store window
Hot news this week
Wechat has not done this function for N years! Use this app to make up for the defects of wechat
IPhone 12: it's more like throwing away the charger
Microsoft official free data recovery tool windows file recovery experience
Gree's response to "being disqualified from winning the bid": a mistake made by the bidder in sorting out the materials
Apple wants to know: what do you do with the charging head of the old iPhone?
Tencent magic change Yang surpasses video self mockery: I'm a simple and honest fake spicy sauce lost 16 million
Luo Yonghao comments on ideal one: Tesla Model 3 is not a car of a level at all
A 400-brand evacuation Facebook： the internet giant strangled?
How long can "Laoganma" carry on after winning Tencent?
The dotcom bubble? U.S. technology stocks surpassed their 2000 highs relative to the S & P 500
The most popular news this week
Amd overclocking God u! Ruilong 9 3900 XT, Ruilong 7 3800 XT chicken blood version first opened the box!
Tencent president Liu Zhiping once again sold his equity: cashing in more than HK $900 million during the year
Google AI director talks about AI issues: not enough tolerance
Glory and AMD headquarters in China: is the 7Nm sharp dragon magic book coming?
U.S. stocks closed down and rose nearly 15%. Pinduobili rose more than 4%
Moto g 5g plus: 90hz screen / 2800 yuan
Huawei Technology Limited applies for a large number of HarmonyOS trademarks
Xiao Ke Xing 360 mobile phone guard guards women's "fearless bloom" under the great security
Competing for 5g focus: Nokia is adding openran open interface to its telecom devices
Huawei's real rival in 5g era!