Apple Arcade is expected to inject a lifeline into Mac games 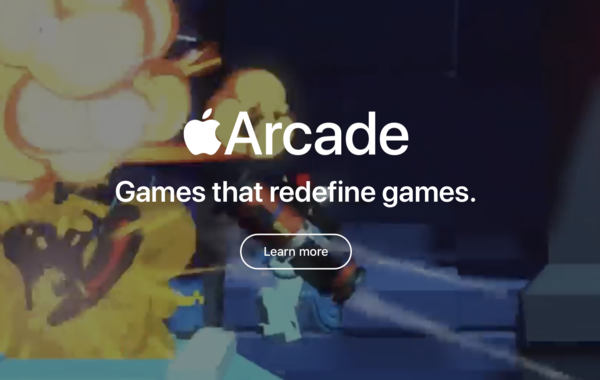 Millions ofMobile phoneGame users may not be classified as gamers themselves, but if you are an Apple user, you will also want to play games on your Mac. Considering Apple's efforts to revive the Mac App Store, it's easier said than done, and the recent Apple Arcade game subscription service gives people some hope to change the current state of the game on the Mac platform.

The user experience of playing games on the Mac is not so good.WindowsThe system is many years late (and it will be out of the Mac version), and the range of games that Mac players can play is limited and mostly outdated.

In addition, the integrated graphics capabilities of most Macs are not sufficient. If you want a standalone graphics card, you must choose the more expensive option in the Apple product line, or buy an expensive external graphics card (eGPU).

Apple's recently announced game subscription service Apple Arcade may be the answer for Mac players to pray. Apple has promised that more than 100 games will run on iOS, Apple TV and Mac. And you know, this Apple is quietly planning the game library, then the above game will run very well on the Mac system.

In addition,IntelThe "Ice Lake" series processor series is expected to launch notebooks by the end of 2019, which will bring more powerful integrated graphics performance. Although there is no news yet, we can reasonably predict the upcomingMacBookWill be updated to a more powerful processor, Apple Arcade's official release in the fall of 2019 may be a complete end for Mac playersbeautifulopportunity.

The sheer number of games that Apple Arcade will bring is probably the biggest driver of Mac games ever. This is the first time Mac players have a catalog of many well-known developers, the most timely release, the most guaranteed quality, no longer need to wait for the long port of Windows, and don't worry about performance. In other words, Apple Arcade can make the Mac App Store a well-made game distribution platform with a potential that cannot be underestimated.

Apple Arcade is not aimed at typical PC players. It doesn't have "Call of Duty". There is no "Jesus Survival". Although Apple is trying to engage in game services, it does not intend to follow the mainstream trend of gamers and move toward another kind. Direction development.

Take a quick look at Apple Arcade's preview page and you'll find something very different. It emphasizes groundbreaking games and says that storytelling and design techniques will go further than ever, and that many games are collaborative, with puzzles, growing stories, and a beautifully crafted world. Not always attracting people with fierce confrontation.

All of this tells us that Apple's goal is to target Apple Arcade to "non-players" who are not very keen on mainstream games, and that these "non-players" are the basis for iOS to be such a successful gaming platform.

Apple Arcade's $4.99 price should be popular because there have been rumors that its monthly fee is about twice that amount, comparable to services like Apple Music and Spotify. But if you can attract iOS game users at a lower price, it will have an unexpected effect.

These gamers are used to spending less than the PC/Mac platform to buy an app that costs $4.99 per month to access more than 100 cross-platform games from well-known developers, with no ads, no in-app purchases, There is no game time limit, which sounds very attractive. This further proves that Apple and Apple Arcade are vying for a more casual game market – which is the right choice for the Mac.