What is a one-click overclocking? 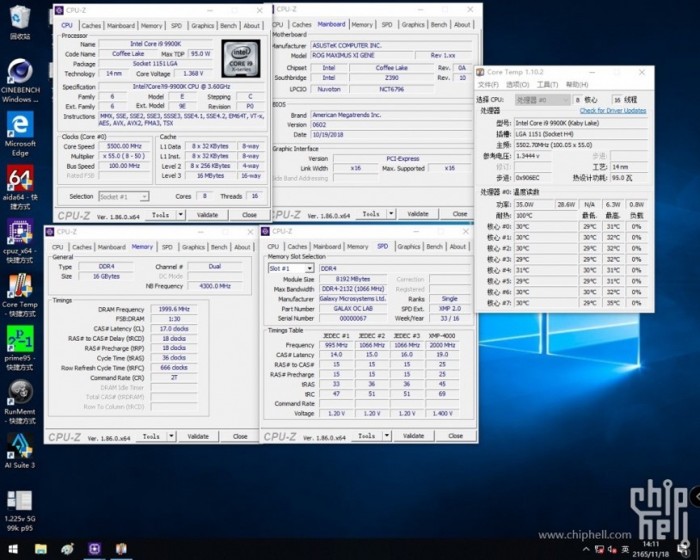 Seeing the high-end players of DIY God toss the overclocking CPU, the little white players used to watch the drooling, but now don't worry, Intel has launched an official one-button overclocking tool, EasyOC, which is easy to operate, even if it is Xiaobai users can also easily achieve overclocking.

EasyOCHow to use one-click overclocking?

It is very simple to use EasyOC:

The first step is to go to the Intel OneKey Overclocking Tool EasyOC official website to download it. It has been updated to version 2.1.11:Click direct

The second step is to install the downloaded "EasyOC One-Key Overclocking Tool". What needs to be explained here is that the precondition for one-key overclocking is that the CPU model does not lock the frequency, that is, with the word "K", the one-button overclocking function is also built on the Intel Nine-generation Core K/KF series and the seven-generation/eight-generation Core K Based on the series, and the system environment must beWindows10 64-bit. Otherwise, it will prompt "The current CPU does not support overclocking" and terminate the installation.

We use the computer host equipped with Intel's 9th generation Core i9-9900K to perform overclocking test in 64-bit Windows 10 environment. It can be clearly seen from the screenshots before and after overclocking. The i9-9900K uses the "EasyOC one-key overclocking tool". The CPU frequency has been increased to 5.3GHz. 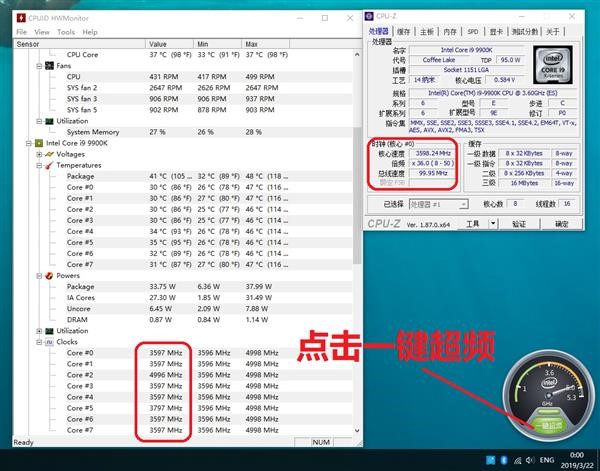 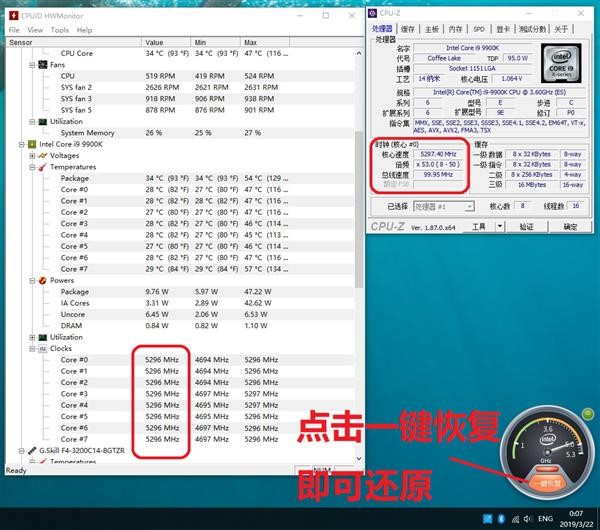 Why do you want to overclock with one button?

When it comes to one-click overclocking, in addition to the beliefs and spirit of DIY, whether it is high-end players or ordinary users of DIY, the ultimate goal is to achieve better performance. When using a computer every day, whether it is playing games or multi-tasking such as batch compression, reading and writing, copying, etc., the computer will encounter performance bottlenecks, and the intuitive feeling to the user is the computer jam.

In the face of the above problems, if you don't want to waste money to upgrade the hardware, and there is no technical strength like the god of DIY, then Intel's official launch of this "EasyOC one-button overclocking tool" is a suitable solution for everyone. Just like the nitrogen acceleration in the game "Need for Speed", one-button overclocking allows the CPU to work at high frequencies, which instantly improves processor performance. 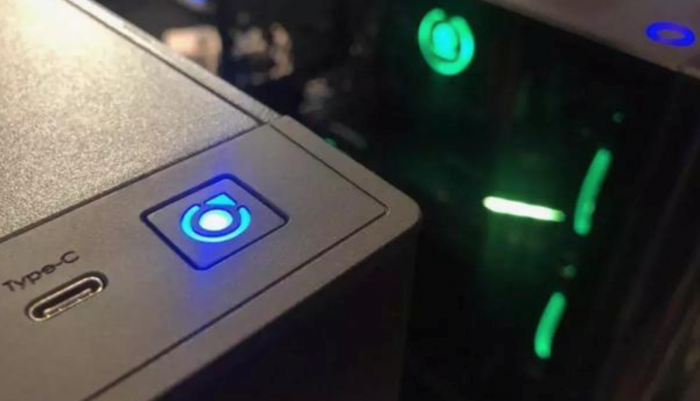 Through the above analysis and actual measurement, I believe that you have already experienced the convenience of the "EasyOC one-key overclocking tool" and the strength in CPU performance improvement. Although we all know that changing the processor clock frequency can damage the processor and other system components, or shorten their service life, it may also reduce the stability and performance of the system, but the "EasyOC one-button overclocking tool" does not improve the CPU. The voltage, which is a performance upgrade and resource squeeze in a safe range, can be said to be very safe. It is worth mentioning that Intel has reached a cooperation agreement with Ningdu, Climbing Brothers, Jingtian and other complete machine manufacturers, and directly set a one-button overclocking button on the chassis. Just click this button to start “EasyOC”. One-click overclocking tool" for overclocking, which is more convenient for small white users.

Related news
One-button overclocking operation is simple Intel pushes EasyOC overclocking tool
Why does "one more thing" Apple make its own chips?
Hot news this week
Qualcomm lobbied the US government to lift the ban on the sale of components to China
Tencent re racing e-commerce, but does not want to make the next pinduoduo
Wechat in Apple's Google App store may be banned. What if wechat can't be used on iPhone
Tencent's response to wechat ban issued by the United States: under evaluation
Foreign media revealed White House documents: the ban may make apple and Google "off the shelves" tiktok
Xiaomi 10 supreme commemorative edition press conference Lei Jun's live rehearsal
After the sesame seed, Alipay's "financial points" is officially launched: let's see how much you have.
The United States blocked tiktok and wechat one after another: This is the real purpose!
Tencent launched the largest school recruitment in history, and these positions are most popular
Votebymail is dedicated to helping American voters easily apply for postal ballots
The most popular news this week
Understanding Xiaomi's AB side in ten years with 12000 words
Huawei surpasses apple to win the first place
Samsung Galaxy Tab S7|S7 the launch of a new generation of flagship tablets
Samsung launches Galaxy budds live Bluetooth noise reduction headset: from 1199 yuan
Blood oxygen electrocardiogram monitoring Samsung announced Galaxy Watch 3 price of 2999 yuan
Samsung releases Galaxy Note 20 series of mobile phones :12 512GB emperor's edition 9999 yuan
Blue light not only hurts the eyes: it can also increase the risk of depression
Is it feasible for Huawei's "Tashan plan" to beautify 45 / 28nm production line?
Huawei is just 30
Net profit of Netease in the second quarter was 5.2 billion yuan, up 33.3% year on year