inWindowsIn Terminal, you can run PowerShell, a command prompt, and a Linux terminal (such as Ubuntu) to switch between them in a single click. It also supports custom themes, styles, Unicode, and more. The update is as follows: 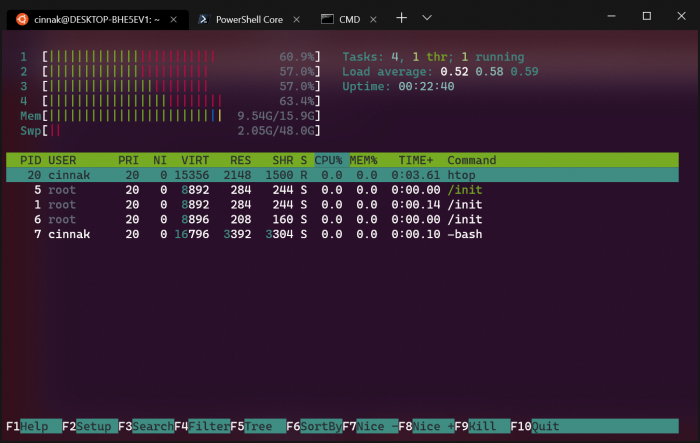 The Profiles.json file has been moved from the RoamingState folder to the LocalState folder. This change prevents automatic roaming on the device, which fixes defects, such as referencing a font that does not exist on another computer on one computer, causing Terminal to crash due to unrecognized fonts.

In the v0.3 release, the "tabTitle" setting was introduced, which allows users to override tab titles with custom string text. In version 0.4, this feature was changed, and by default the tab title will be set to the profile name instead of the path to the executable. If you want to change the default title, the "tabTitle" setting will replace the name of the profile in the tab.

Note: In the WSL release, the shell title was rewritten because the default shell configuration in many distributions set the window title before each prompt. You can change this behavior in the bash or zsh configuration file in /etc. 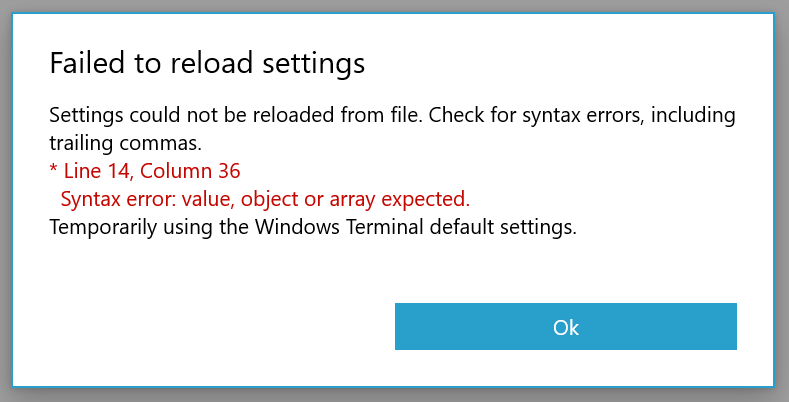 In the 0.4 version, the AltGr key is bound by "Ctrl+Alt" for the user to use.

This version can use the button binding to open the tab drop-down list. The default key binding is "Ctrl+Shift+Space".

For a list of all available key bindings, seeDocument.

"CopyOnSelect" has been added to the profiles.json file as a new global setting. By default, it is set to false. When set to true, the clipboard will be copied after selecting content in the terminal. If false, the selection is not copied until further action is taken (for example, using a key binding that calls a copy function). This experience is consistent with the experience on Unix terminals.

When you select a range of text and copy it to your clipboard, Terminal now writes the selected text to the clipboard as HTML. This allows you to paste styled console content into other applications, such as Outlook, Microsoft Word, and more. This behavior is different from conhost because the clipboard always copies HTML data along with regular text instead of defining when to copy HTML data.

In this release, the UIA bounding rectangle is properly aligned with the text range on the 100% scale display, which defines the area of ​​the text displayed on the buffer within the terminal, improving accessibility.

See the release notes for details:Https://github.com/microsoft/terminal/releases/tag/v0.4.2382.0