iPhone 11 wants to change its name, or hint at the mobile phone market

Also, from 2018appleAt the press conference in September, Apple's iPhone X series changed from the original iPhone X to the iPhone XR, iPhone XS, iPhone XS Max, and the name generation is basically the same generation, not For example, in 2017, iPhone X, iPhone 8, and iPhone 8 Plus have obvious differences in design and hardware specifications.

According to the latest report released by well-known Apple analyst Guo Minghao in July, Apple will launch three iPhone products in 2020, and will support 5G networks at the same time, supporting the full range of millimeter wave and Sub-6GHz.

In other words, the three standard numbers that will become the future iPhone product line, as a number 3 in the Western world, which are popular among many literary classics, codes, and art, are actually the number of products that Apple currently has on notebooks and tablets. Plus the current temporary releaseMacBookAlso has a Macbook Air, Macbook Pro, and a tablet has been released.iPadPro, iPad Air, and the iPad Mini that has been reconfigured in the near future. In the case of Pro becoming a fixed name for other product lines, the iPhone is also likely to start to be consistent in the naming of the iPad and MacBook product lines.

However, in fact, at present, Apple's product line, in addition to the iPhone product, there is a category of products that have not yet been naming the Pro, Air, and the number of product lines has not reached three, and It is similar to the iPhone before, with two big and one small products. That is the Apple Watch product line. Although it sells different generations of products at the same time, it does not have a huge difference in hardware specifications and appearance.

Interestingly, from the overall trend of the global market, the more products with slower consumer demand, Apple may use the product mix of standard, Air, Pro to classify this product line.

From the notebook category, according to the latest data released by IDC, in the first quarter of 2019, traditional PCs including desktops, laptops and workstations decreased by 3.0% year-on-year, and consumer demand weakened during the quarter. Sales of US notebook computers are also falling year on year.

On the other hand, the demand for tablets in the notebook market has been declining. According to Strategy Analytics, the global tablet market in Q2 is down 7% year-on-year in 2019, including Q2 Apple iOS shipments in 2019. (Wholesale) fell 7% year-on-year to 10.7 million units, because the average selling price of Apple's iPad has risen from $410 in Q2 in 2018 to $469 in Q2 in 2019, which has a negative impact on total shipments.

Obviously, in the face of falling demand, in order to protect sales performance, price increases are also one of Apple's coping strategies. In recent years, the iPhone, which also has obvious price increases, has indirectly confirmed the fact that the current demand for mobile phones continues to fall. According to statistics, the current flagship model has been extended from 18 months to 27 months. Even foreign analyst Toni Sacconagh said that the Apple iPhone's replacement cycle has been extended to four years. In addition, although the 5G version of the iPhone may be released in 2020, the 5G mobile phone has not yet demonstrated the effectiveness of the market, and the price has become a key obstacle to the popularity of 5G mobile phones, and Apple obviously does not play the role of a price butcher.

From the perspective of market demand, wearable devices do have huge growth potential in the future. According to the prediction given by the Bluetooth Alliance, the annual shipment of Bluetooth smart watches will increase by 3 times by 2023, and the annual shipment of Bluetooth earphones will be Will grow by 140%. Obviously, as the AirPods with the best split Bluetooth headset experience, Apple Watch, which has obvious advantages over other brand products, will increase with the overall market demand and become an important growth area for Apple.

Pro has, will Air be far away?

In the face of the weak iPhone market, the establishment of the long-term three products, and the integration of the iPad and MacBook, which are stabilizing in the same market demand, have become a reality. What's more, there is also an endorsement of the words of the big gods and analysts. 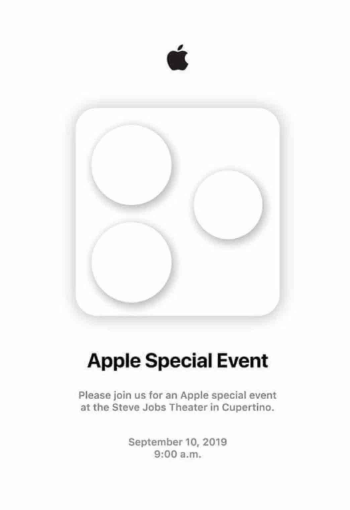 In addition, if Apple uses the Pro naming method as expected, it has been rumored that the iPhone SE 2 is likely to use the Air as a definition. However, even if the Air series is thrown out, it is not attractive enough. Once the size and weight of the mobile phone continue to rise endlessly, the relatively small screen and lightweight mobile phone may become a new selling point again. The iPhone SE of the year is still used by many people and is compared to the performance of small steel guns.

Related news
The History of the Development of the iPhone Camera
The iPhone SE is gone, but Apple still needs an iPhone to inherit it.
IPhone 11, what an embarrassment!
IPhone 11 Apple's market value returns to the first place
IPhone 2020: seven rumors about the iPhone 12 series
Hot news this week
Asustek 11 b460, 4 H410 motherboards: 649 yuan, 10 generations of core
Samsung global starting Intel Lakefield 5 core processor :10 nm 22nm mashups
Sony's Xperia 1 Ⅱ US version costs 8600 yuan! But only 4G network is supported
Samsung Galaxy fold waterproof case patent exposure
Huawei TSMC hired two white house lobbyists for its second largest customer
New screenshot of microsoft flight simulation focuses on Boeing 747
Combination of Wi Fi 6e and Bluetooth 5.2! Qualcomm announces the fastest wireless solution in the world
The company has just been "blocked" by the United States, and then its limit has been increased. Net friend: the U.S. Department of Commerce helps to select stocks?
Not only Huawei Kirin 710 domestic 14nm, but also the second customer: USB 3.2/pcie 3 all in one
Lenovo small new pro 13 sharp dragon version uses phase change silicone grease: CPU copying machine is stable, 35W performance is improved by 4%
The most popular news this week
Tencent AI's first show leads the new children's song of China
3 minutes to show you what might be the highlights of iPhone 12
In less than half a day, the turnover of tmall 618 has exceeded that of last year: apple, Huawei, etc. have broken through 100 million
West Fifth Street app won the 2020 China Golden fingertip "best innovative entertainment app" award
Baidu searches big data: World No Tobacco Day is more concerned about the harm of e-cigarettes
Amd sharp dragon 7 with 16GB Tianxuan to launch a new hot configuration
Analysts expect Tesla to deliver about 70000 electric vehicles in the second quarte
Apple urges iPhone users to install IOS 13.5 update as soon as possible
The cheap version Yoga Duea： Lenovo Surface Pro less than 7000
It's said that the US beat Huawei to delay the 3nm process for half a year, TSMC denied