The Apple conference is scheduled! The iPhone 11 Full Secret

via:威锋网     time:2019/8/30 11:54:20     readed:622
Apple has just officially announced its invitation for the fall 2009 conference, announcing that it will hold this year's fall conference at 10 a.m. local time (1 a.m. Beijing time, September 11) at the Jobs Theatre in Apple Park Park Park Park Park, Cupertino, California. In light of previous revelations, Apple may launch three new iPhones and Apple Watch Series 5 by then. We've also sorted out some highly credible rumors to give you an early look at this year's "Autumn New Products" before the launch. 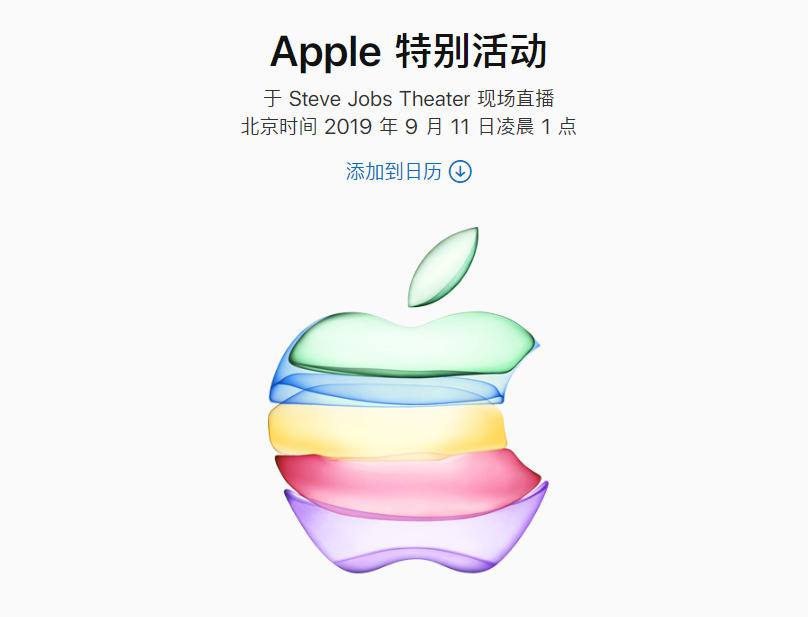 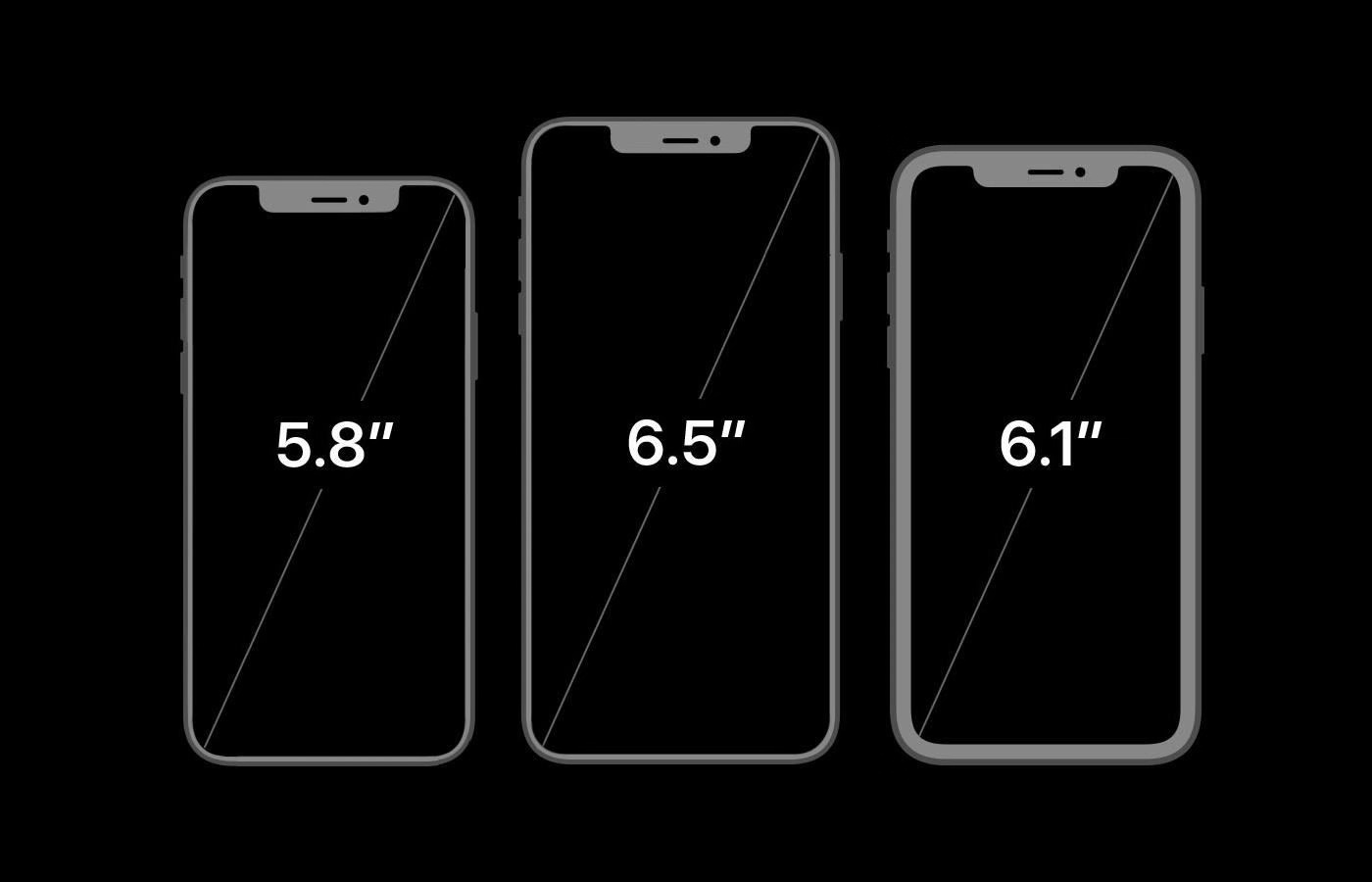 The positive design of the three new iPhone will not change greatly, and it will still be designed for the "special-shaped comprehensive screen" with the same area of Liu Hai, but its internal FaceID module will be upgraded and bring stronger face recognition function. According to Bloomberg, the new FaceID module on the new iPhone this year can be "multi-angle scanned" and can be quickly unlocked for iPhone, which is flat on the desktop, without having to adjust the angle of the face. The biggest upgrade of the new iPhone this year will be the "back side", the camera. 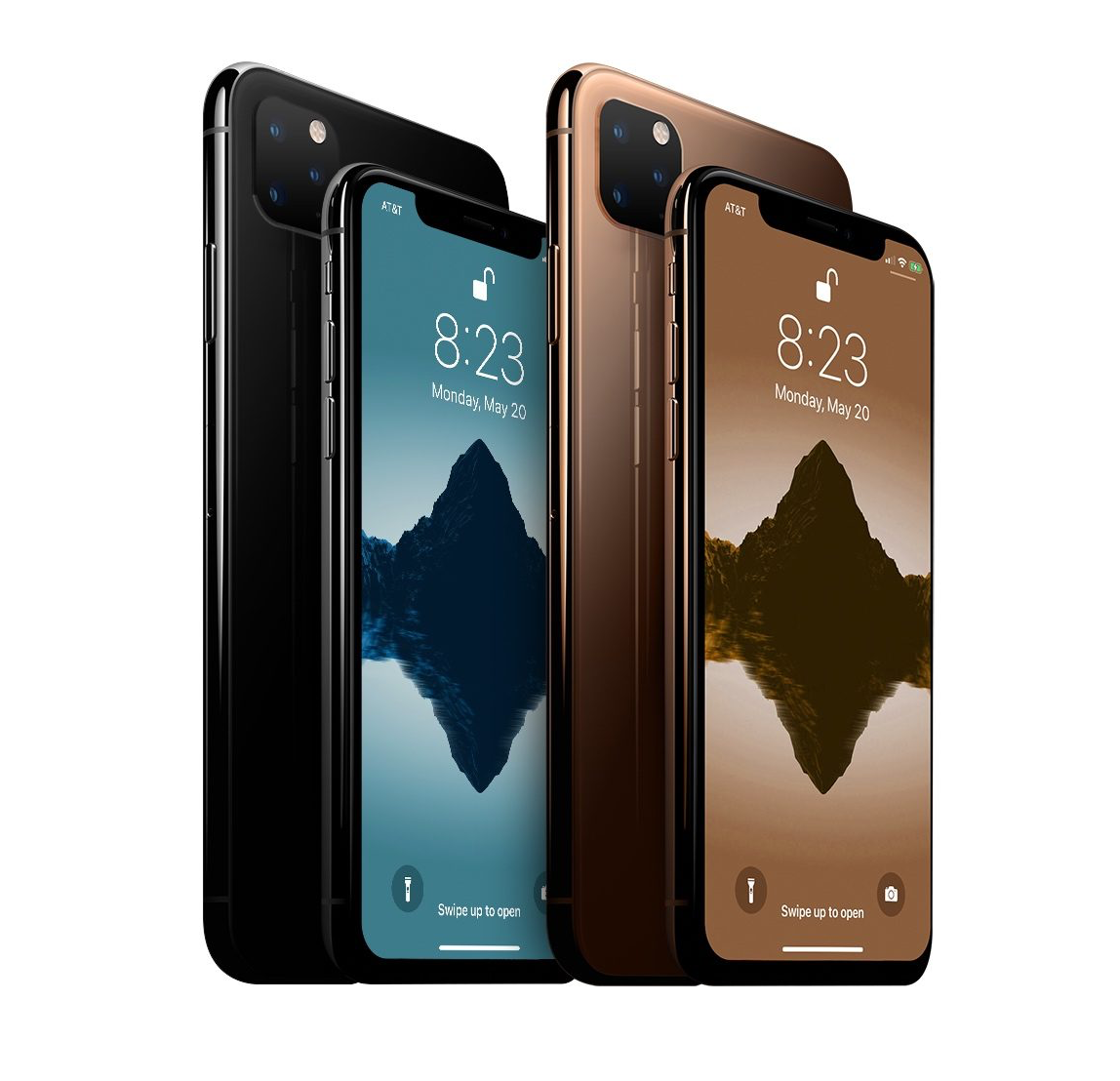 The two iPhone models with OLED screens will have three cameras, and the version with LCD screens will be upgraded to dual cameras. Specifically, the three shots of the new iPhone will consist of "wide angle lens", "long focal lens" and "ultra wide angle lens", while the iPhone XR upgrade will also feature a dual camera configuration of "wide angle lens" and "long focal lens", and is likely to continue to use Sony's custom 1200 million pixel sensor. Unlike the previous vertical alignment design, the new iPhone will use a rectangular design to place three cameras, which is quite a "bathroom bully" flavor. But it is rumored that Apple will use "black mirror coating" technology, so that the rectangular lens arrangement does not appear too abrupt in appearance. 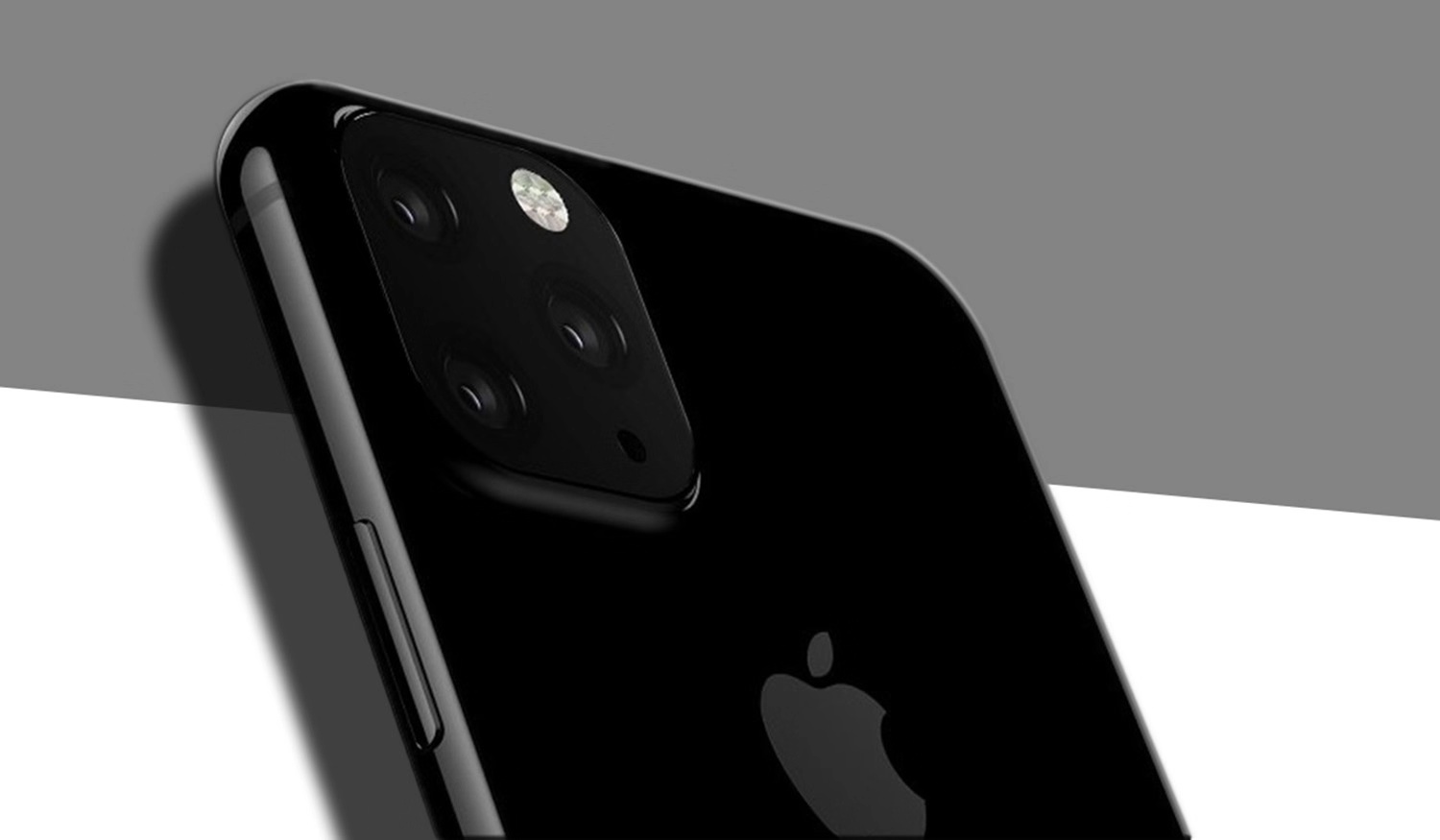 Apple has always been known for its ability to integrate hardware and software, so the shooting function of the new iPhone may be as simple as more than one extra ultra-wide-angle camera. 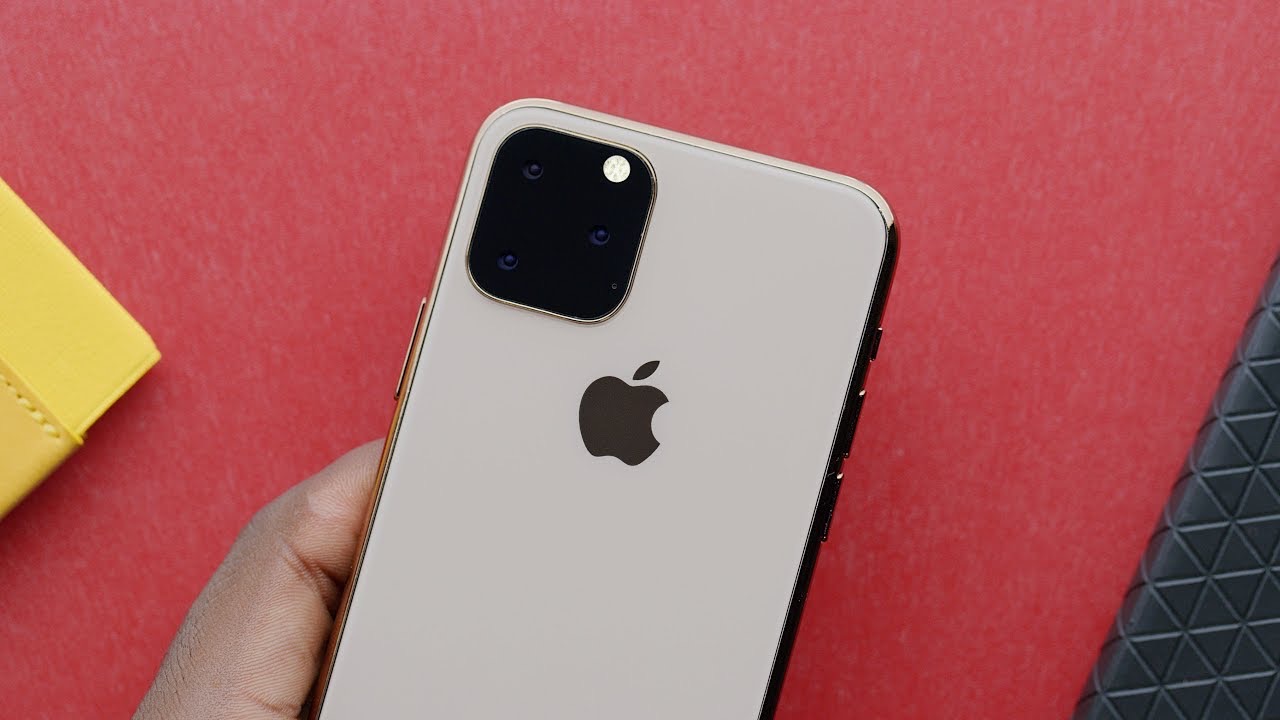 According to Bloomberg, the new iPhone will have several software upgrades, such as supporting three cameras to record pictures at the same time, combining multiple photos into a "high-resolution photo" comparable to traditional single-shot, and possibly adding a new feature called "smart photo frame" that can be used in other lenses. When working, we call the ultra-wide angle lens to record the picture simultaneously (the data is only kept for a period of time), and ultimately help users to better tailor and correct the photos. 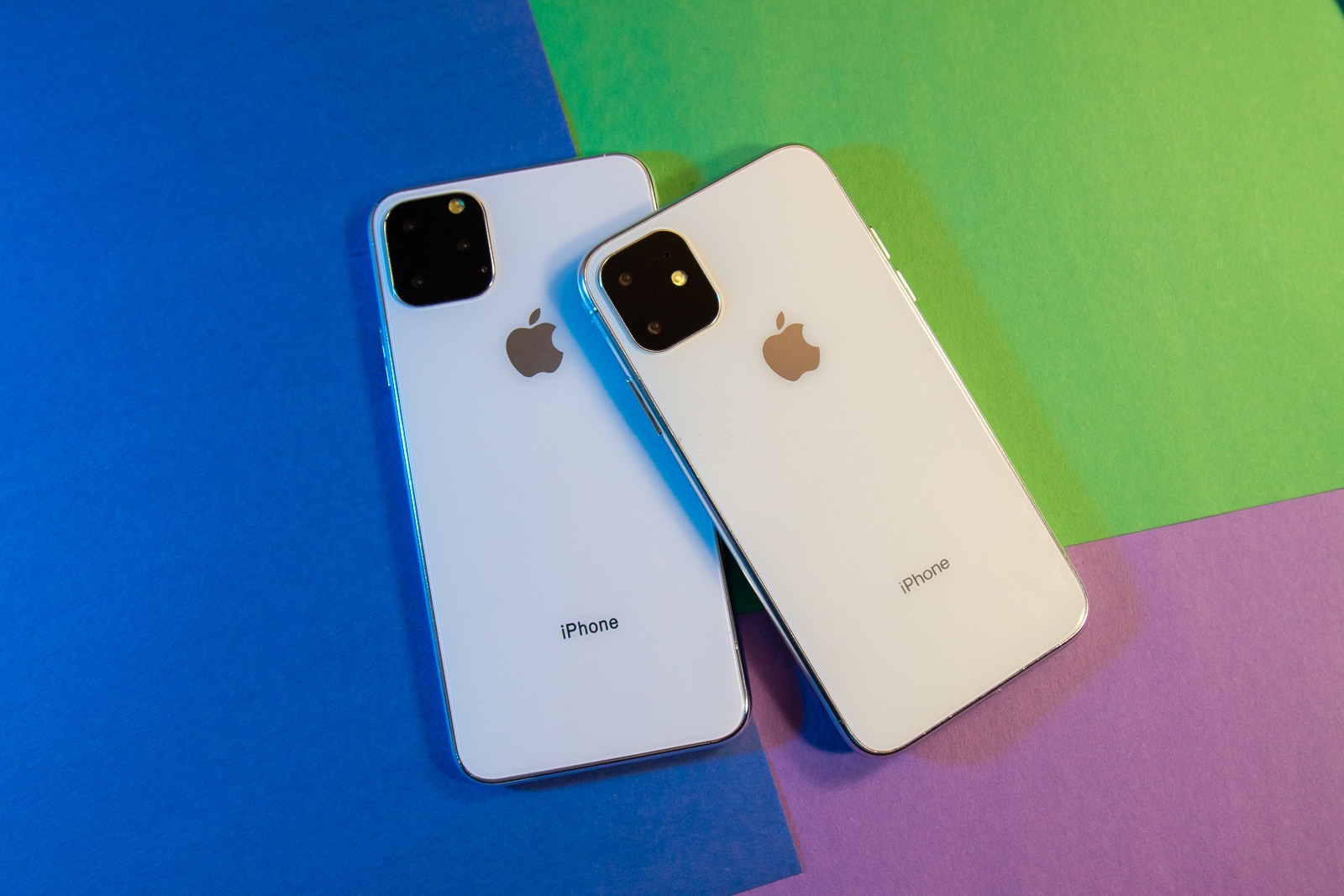 Bloomberg also mentioned that Apple will significantly improve the new iPhone's dark shooting and video recording capabilities, such as "real-time modification" of video recording with the help of the new A13 chip. Undoubtedly, this year's new iPhone will use cameras as its main upgrade point, and more functional details will only be available until the September 10 launch. In addition to the three photos, this year's new iPhone has these points of view 1. Supporting reverse wireless charging, the IrPods equipped with wireless charging boxes can be placed on the back of the mobile phone for emergency charging;2. With the removal of 3D Touch, iOS 13 has developed alternative software solutions.3. All three new iPhones in the country are likely to support dual-card and dual-wait.4. The front-end camera may be upgraded from 7 megapixels to 12 megapixels.5. The iteration model of the iPhone XR will add two new colors, green and lavender.6. The A13 bionic chip will further upgrade its performance and add a "matrix" coprocessor to optimize some tasks.7. The "individual color matching" of the new iPhone will adopt the "matte fog glass material" rear cover, which will improve the ability of anti-falling and waterproof.8. Battery capacity of the three new iPhones is likely to be increased. The battery capacity of the 11 Pro Max, 11 Pro and 11 will increase to 3500 mAh, 3200 mAh and 3000 mAh, respectively, with a maximum increase of 20%. An Apple Watch, Two New Shells At this fall conference, Apple is likely to continue its previous rule and launch a new Apple Watch Series 5. According to rumors, the appearance of Apple Watch Series will not change dramatically, continuing the full screen design of Apple Watch Series 4, but the case may be different. According to the system files extracted from WatchOS 6 beta by foreign media, two new materials, ceramic and titanium, will be added to the case of Apple Watch Series 5, but it is unclear whether this will replace the current "aluminium alloy" and "stainless steel" case. 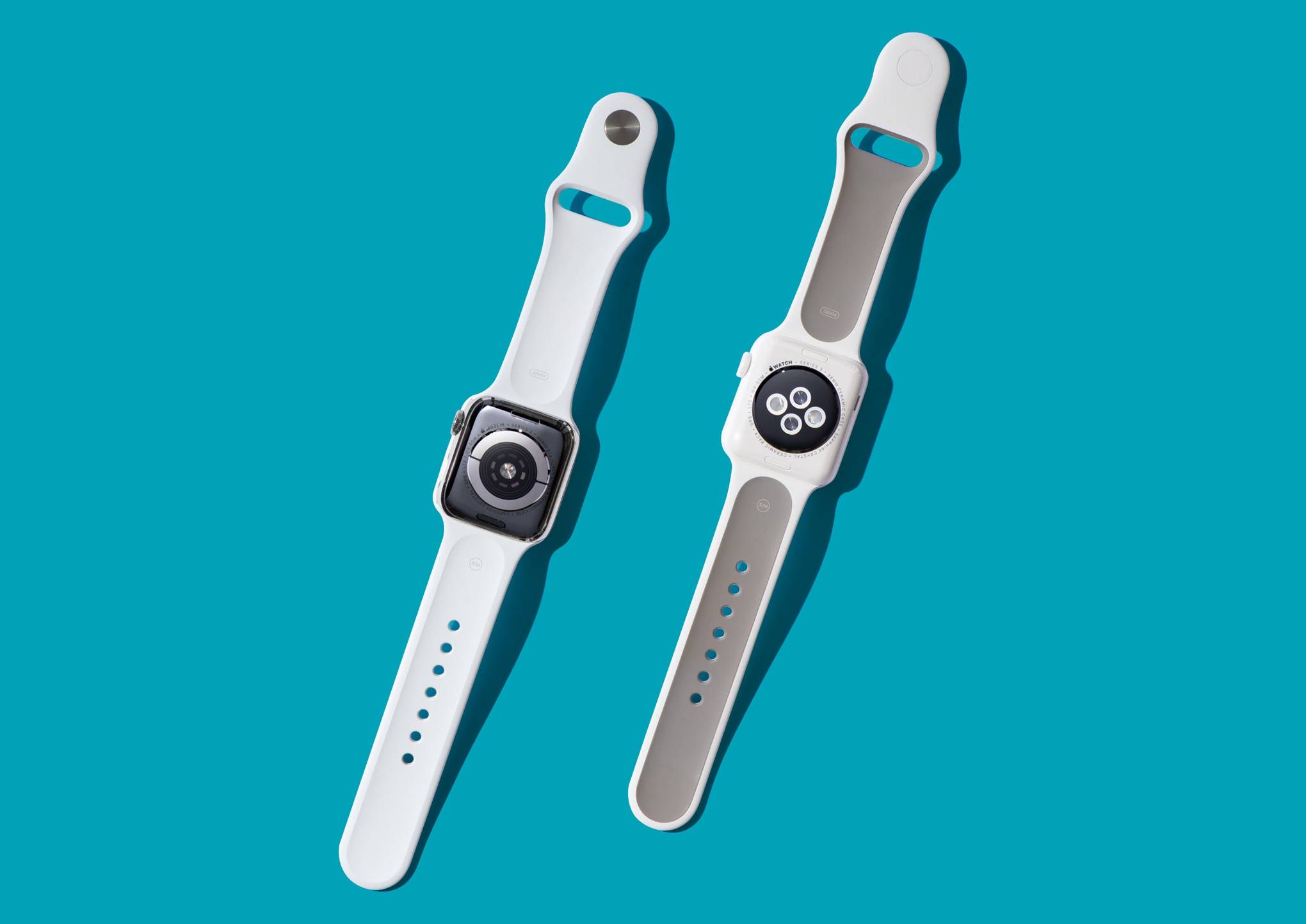 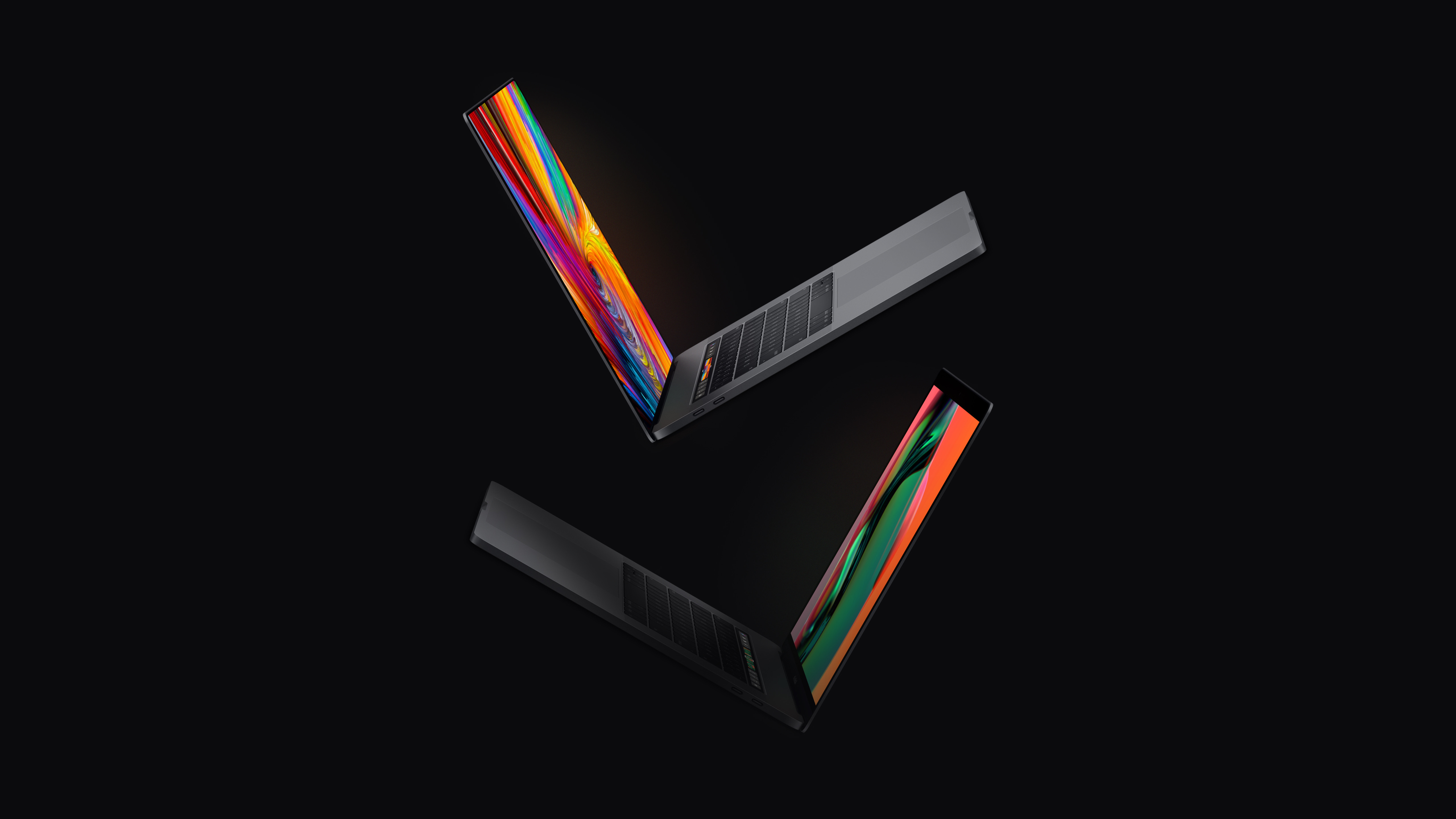 According to foreign media explosions and analysts'predictions, the screen of the new MacBook Pro is expected to adopt a narrow border design, so that the overall size of the screen can be expanded to 16 inches, and the resolution will also be increased to 3072 x 1920, even if it is equal to the existing 15-inch version. 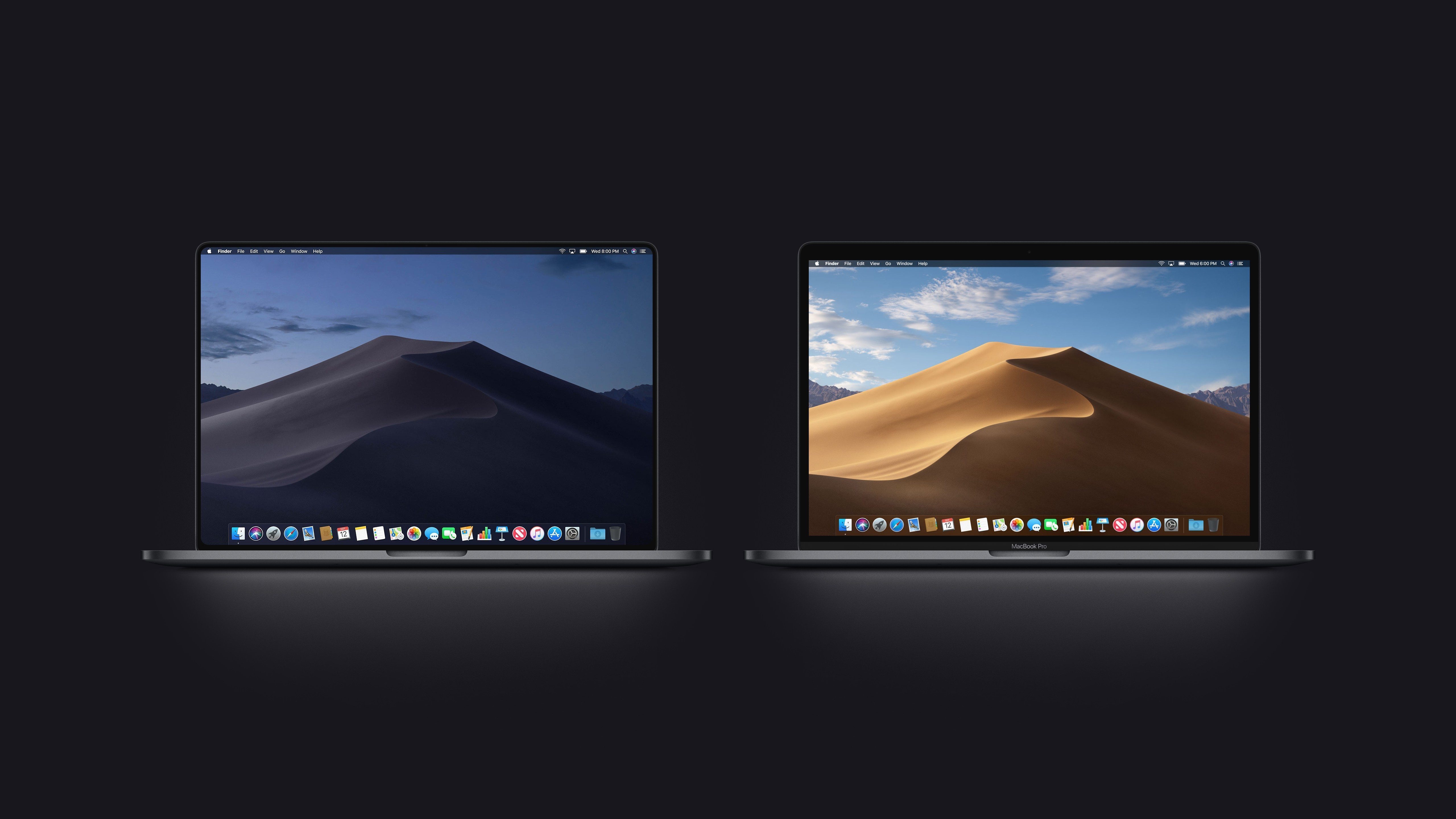 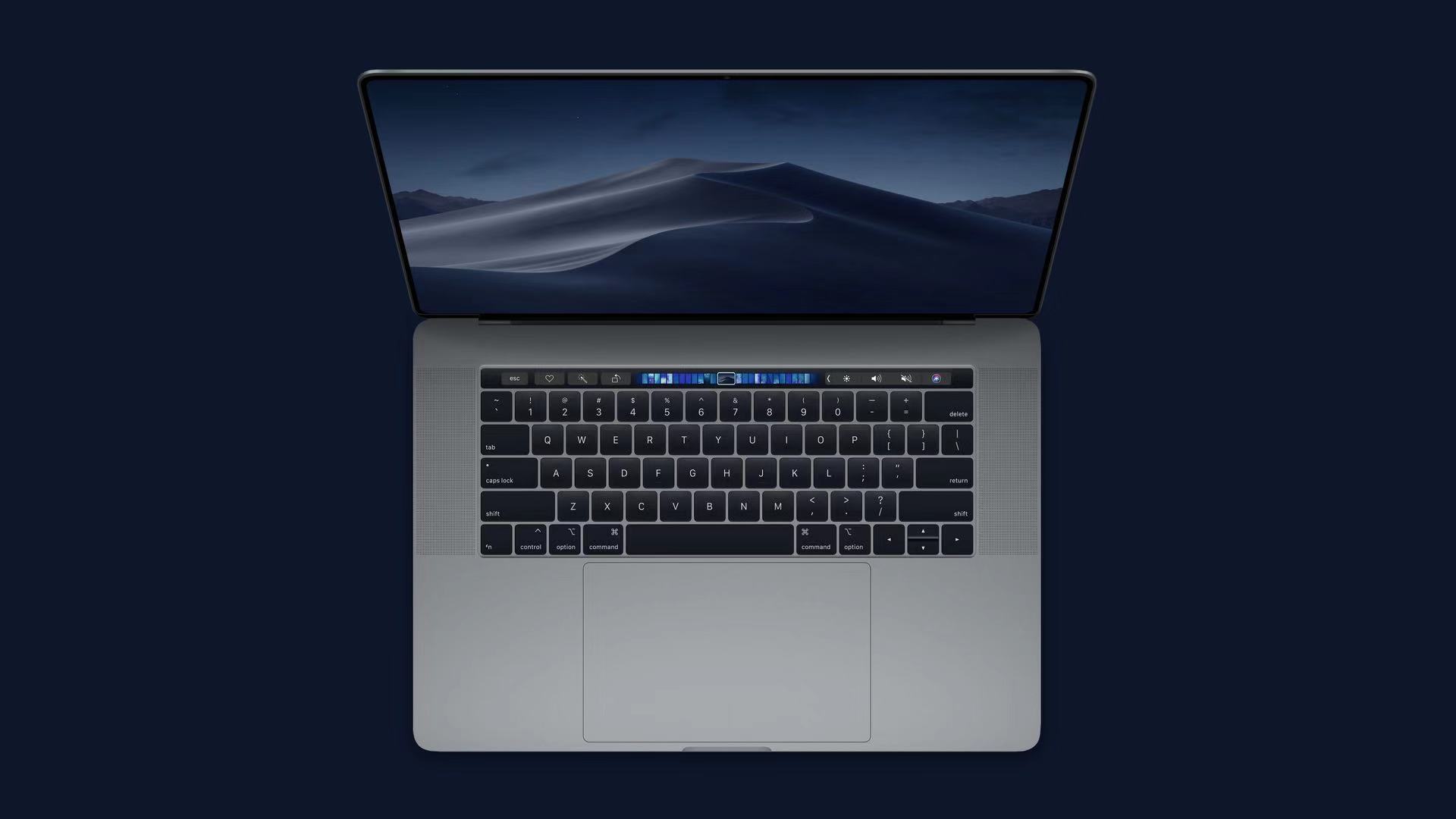 As for the updates to the iPad, they may fall into the 10.2-inch "non-Pro version" and the 11-inch/12.9-inch "Pro version". As early as early as July, Apple had submitted several models of the iPad running the iPadOS to the Eurasian Economic Commission. Although it was impossible to infer the specific model of the iPad by the number of the exposed model, the 10.2-inch iPad and the 11-inch/12.9-inch iPad Pro were the most likely to be combined with rumors during this period, among which the 10.2-inch and 11-inch/12.9-inch iPad Pros were the most likely. The former will replace the current 9.7-inch entry-level iPad, while the latter is likely to carry a rear-mounted three-camera system. 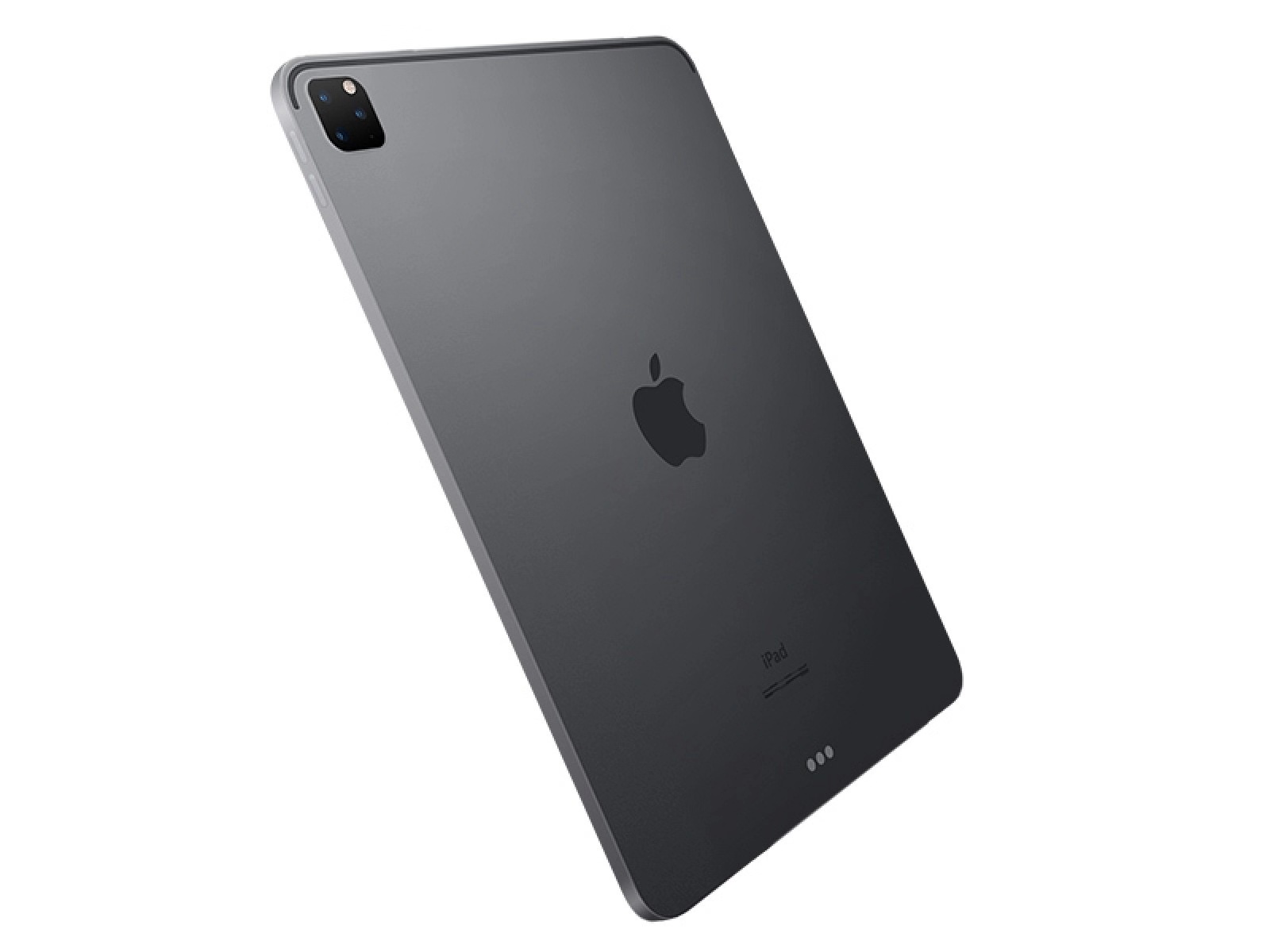 Judging by the pace of Apple's previous releases, the probability of new MacBook Pro and iPad releases at this autumn conference may not be high, and it's more likely that they will appear at the October launch as they did last year.

Finally, apart from the Apple Watch of the three new iPhones, whether or not there is "One More thing." may not be revealed until a formal launch. For the latest information about Apple's fall conference, live broadcasts and the first experience of the new iPhone, please lock in Weifeng. We will bring you more reports.