The number of downloads of App Store non-game apps in the United States dropped by 31% compared with 2016.

This reflects the fact that popular social and communications applications, led by Facebook and Messenger, have a relatively high market share in the United States, causing downloads to decline year by year. In recent years, the most successful non-game applications are Snapchat and Bitmoji. Facebook's Messenger got 5 million installations in the App Store in November 2016, while Snapchat and Bitmoji got the same number in March 2017 and August 2016, respectively. But since March 2017, no non-game app has been installed more than 3.5 million times a month in the U.S. App Store. 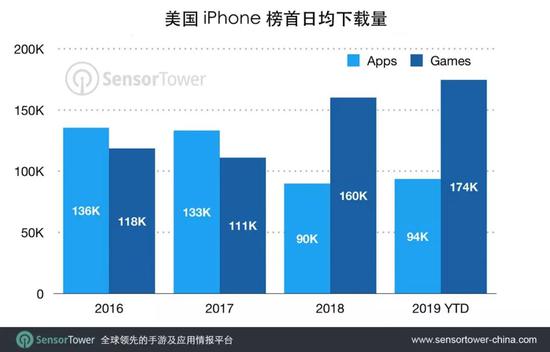 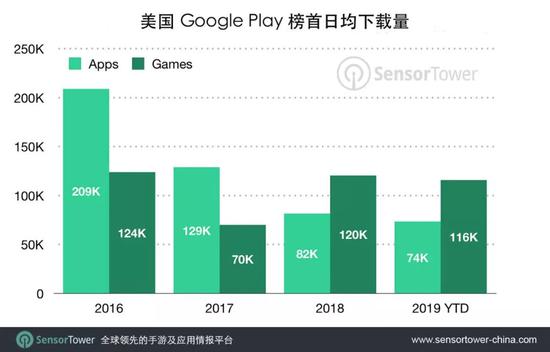 Contrary to non-game applications, the rise of ultra-leisure games in the U.S. iPhone download list in recent years has greatly raised the threshold to top the game download list. Since 2019, the average number of downloads per day has risen to 174,000, up 47% from 118,000 in 2016.

During Q1 from 2016 to 2019, the total number of downloads of mobile games in the United States increased by only 40%. This means that, despite the rapid development of the hand-tour market in the United States in the past two years, the competition for the top spot of the hand-tour download list is more intense. Since 2019, 28 Games have topped the US Hand Tour Download List, of which 24 are super-leisure games. The other four games include: Harry Potter: Wizard Alliance, Doctor Mario World, BTS WORLD, and all the other games except Wizard Alliance are on the download list within one day of their launch. On the other hand, the most popular super-leisure games, Good Job Games Colorbump 3D and Voodoo Aquapark.io, have occupied 30 and 25 days of download lists respectively this year.

On Google Play, although the download volume of hand games in the United States is declining as a whole, the rise of super-leisure Games has basically kept the download volume at the top of the list stable. The average daily download of Google Play rose from 70,000 in 2017 to 116,000 in 2019, an increase of 66%. However, the total downloads of hand games dropped from 646 million Q1 downloads in 2017 to 1.544 billion Q1 downloads in 2019, a 16% decline. Since 2019, 23 games have topped the Google Play Hand Tour Download List in the United States, with 21 places occupied by super-leisure games, including Great Puzzle Games Words Story and Geisha Tokyo Traffic Run. 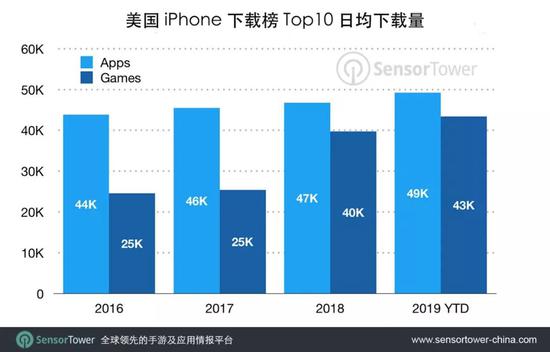 In hand-swimming, the increase of Top10 downloads is more obvious than the top. The entry threshold for Top10 in the App Store Hand Tour Download List has nearly doubled from 25,000 in 2016 to 43,000 in 2019. Google Play's top 10 access threshold increased from 27,000 to 34,000, an increase of 26%. Although popular games such as Fortress Night, PUBG Mobile and Wild Fighting are also frequent downloaders of Top10, they are still dominated by super-casual game makers such as Voodoo, Good Job Games and Playgendary, while medium and heavy games are usually outside the top 10. 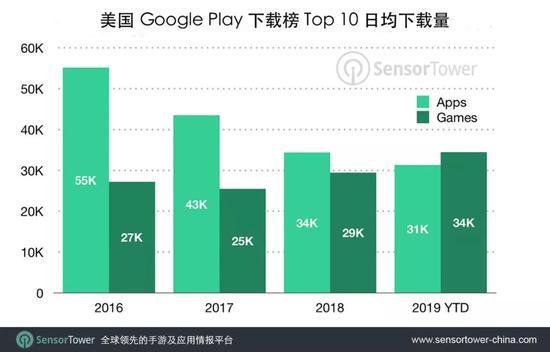 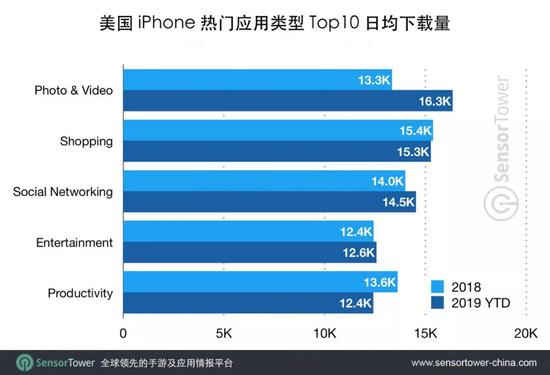 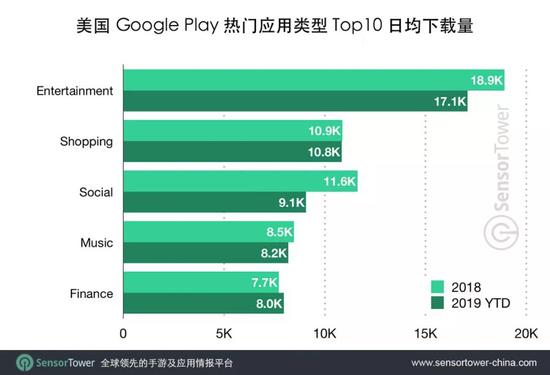 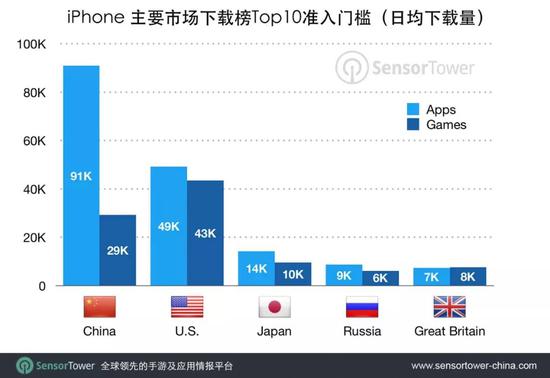 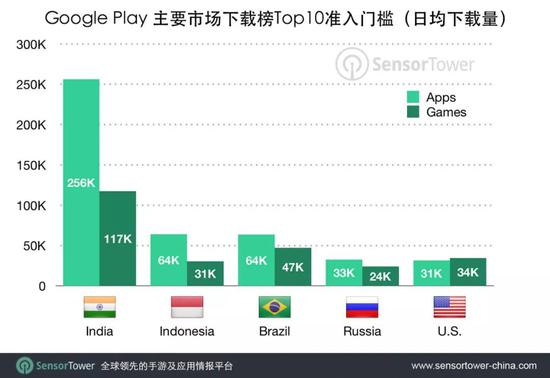 Overall, with the increasing penetration of the mobile market in the United States in recent years, non-game applications are not monopolized by several popular applications, which means that more opportunities are left for other applications. Especially on Google Play, the number of downloads at the top of the list dropped 71% compared with 2016. On the contrary, the rise of super-leisure Games has greatly increased the threshold to top the download list.

Related news
How many downloads does the App Store in the US list? Non-gaming class 94,000 times a day
The number of downloads of App Store non-game apps in the United States dropped by 31% compared with 2016.
App store's $193 million revenue on Christmas day far exceeds Google play's
Hot news this week
***
Samsung will invest more than $5.7 billion in NAND flash chip production line in hanzeng
A wallpaper makes Android phones crash: it's the color gamut
Xiaomi 618 many new products presale redmi display 1A 23.8 inch price 499 yuan
India mobile Q1 shipments out! Domestic mobile phone dominates Samsung's list
In tmall's selling of sexy products, the sales volume is more than 1 billion yuan. How can I achieve this?
LETV: the stock will enter the delisting consolidation period from June 5, 2020
Tesla's autopilot has to step through these pits before it can "roll over"
The essence of business war is to match resources
Samsung announces the entry-level SOC exynos 850 specification
The most popular news this week
The iPhone 12 Pro will not be able to survive in 2020 due to the outbreak and riots?
Xiaomi 14 inch notebook new product exposure: one time 4 models for the Indian market
Linux kernel 4.19 and 5.4 life cycle extended to 6 years
Apple plans to launch Apple card installment service: multiple products enjoy 12 interest free periods
Catch up with slack, snipe zoom, Microsoft teams is such a successful counter attack
The second dimension wall is broken: South Korean fans flood into the United States to protest against racial discrimination
How can I fix compatibility errors with Intel octane memory in Windows 10?
Huawei huge cup P40Pro ：3 bright spot
Can mobile SOC's strongest disruptor join AMD and continue yes on the mobile terminal?
What a comprehensive screen! Xiaomi foldable mobile phone patent: mass production in the second half of the year?