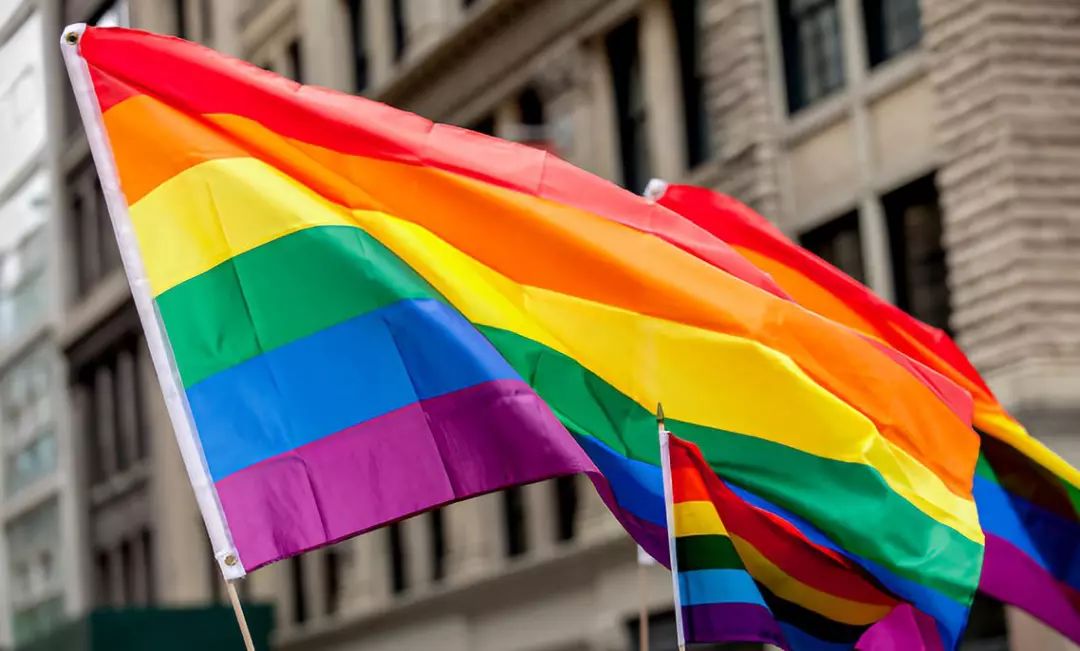 How did homosexuality come about? Biologists have been researching this for decades, and many studies have found that certain genetic loci are highly correlated with homosexuality and are therefore considered to be “gay genes”. However, the latest research published in Science has made it clear that there is no “gay gene” and it is impossible to use genes to predict and “treat” homosexuality.

On June 27, 1969, in a bar in the United States called “stonewall”, homosexuals launched a campaign against discrimination and violence, which became the origin of the later gay rights movement. To commemorate this historic event, people used the name of the bar to refer to the anti-discrimination protest as “Stone Wall Event”. 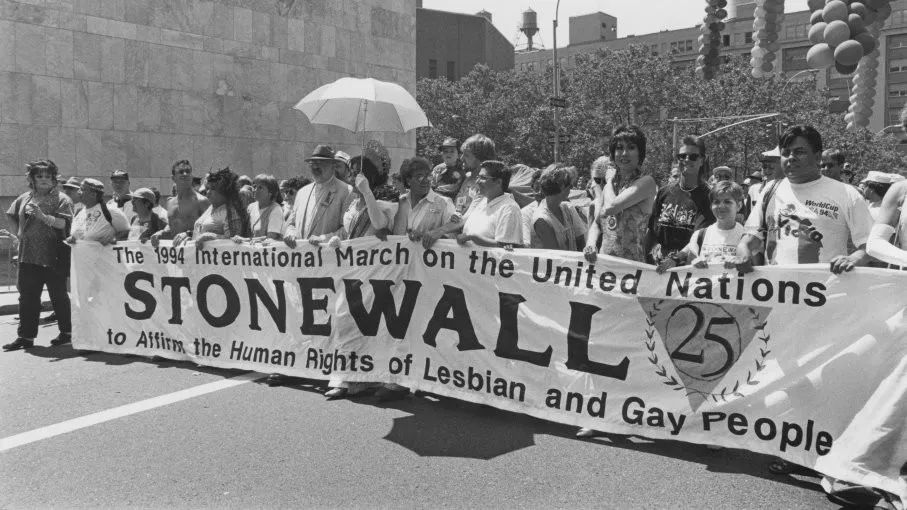 After that, "Stone Wall" has become a symbol of the gay rights movement.

Four years after the campaign, the American Psychiatric Association began to rethink the definition of homosexuality and removed the term homosexuality in the subsequent Handbook on Diagnostic and Statistical Diagnosis of Mental Disorders; in 1990, the World Health Organization officially removed homosexuality from the list of mental illnesses. In 2001, the Chinese Psychiatric Association also removed homosexuality from the classification of mental illness. Every time node means that, both scientifically and culturally, more and more people are beginning to face up to the existence of this group.

While homosexuals are on the front lines to fight for their legitimate rights, there are also many biologists behind the biological factors behind exploring different sexual orientations. First, scientists began to investigate, how many non-heterosexual groups do we ignore? In 2011, the University of California, Los Angeles, specializing in the study of sexual orientation, conducted a comprehensive analysis of nine surveys on sexual orientation, and concluded that the US non-heterosexual population is around 3.5%.Proportion of samples from around the world also fluctuates between 1.2% and 2.1%. Then in 2014, the US Centers for Disease Control and Prevention also confirmed data from the previous William Institute. According to the US population of 327 million, there are nearly 11 million non-heterosexual groups in the United States alone. So why do such a large non-heterosexual group exist?

In the beginning, scientists focused on whether there are genes that affect sexual orientation. In the 1990s study, some research evidence from the National Institutes of Health pointed toXq28 site on the X chromosomeThey believe that mutations in this locus are related to homosexual orientation; and then in 2005, there are other studies that suggest that a certain region of chromosome 8 may also be associated with sexual orientation and mark this locus as8q12.

These two areas were confirmed in an analysis by the University of North Shore in 2014, when researchers compared hundreds of homosexual and heterosexual genomes and found some single-base mutations and traits in these two regions. There is a connection between orientations. However, at the time, the study did not find which particular gene would be associated with sexual orientation.

In 2017, research from the University of North Shore expanded the sample size and locked in two genes. Including SLITRK6 on chromosome 13, this gene is actively expressed in parts of the diencephalon. This part of the brain contains a key part —— hypothalamus, but in fact, in 1991, studies have indicated that homosexual and heterosexual orientations differ in the size of the hypothalamus. This seems to link sexual orientation to genes to some extent. Another gene, called TSHR, is primarily associated with thyroid function and can also be indirectly related to homosexuality.

However, these studies are not directly identifying the so-called “gay genes”. And many experiments can't be repeated, tooIt cannot be said which mutation of a gene locus determines whether an individual becomes homosexual or heterosexual.. Due to the limitation of the number of samples, the researchers will conclude with a complicated conclusion that sexual orientation will be affected by various factors such as genes and environment. Even the birth order and the hormones during pregnancy will affect the next generation of sexual orientation.

There is no "gay gene"

Now, the latest research published in Science can almost come to a conclusion on this issue:There is no “gay gene”, and don’t even want to predict by gene, “correction” and “treatment”. The medical and human genome project, jointly conducted by the MIT Baldor Institute, Harvard University, and the University of Cambridge, involved nearly 500,000 people with same-sex orientation, including the number of sexual relationships or same-sex relationships that have ever been with same-sex relationships. A person far beyond the opposite sex.

At present, the best way to find out the genetic reasons for phenotypic differences between individuals isGenome-wide association analysis (GWAS). This technique detects single-nucleotide polymorphisms (SNPs) in a genome-wide range and compares them with a control group to find all allele frequencies that are mutated. One advantage of this approach is that it is driven by non-hypotheses, so scientists don't need to make predictions before experimenting. Instead, it is a direct analysis of the sample, giving genetic differences so that false positives can be avoided. Therefore, in the study of sexual orientation, it is possible to avoid the error caused by the researchers being preemptive.

5 related sites identified in this study

In five loci, upstream of a locus associated with gay sex, there is the olfactory receptor gene TCF12, which regulates testosterone and estrogen and affects the sensitivity of people to specific odors. Another site, downstream of the Y chromosome sex determining region gene (SRY), and SRY determines the development of male sexual characteristics. It seems that it can link genes to homosexual behavior, but is this really the case?

Ganna analyzed these five loci using a special locus genetic analysis technique. The results showed that, from a genetic perspective,The upper limit of the impact of each gene locus on homosexual behavior is maintained between 8% and 25%.. And when Ganna combines the GWAS output results,The possibility that genes can explain homosexual behavior has fallen below 1%. So Ganna writes in the paper, “The impact rate is so low, so there is no way to predict homosexual behavior from genes. ”

In the animations shown by the researchers, each individual is affected by a number of factors, each of which is a natural and unique existence.

Harvard sociologist Melinda C. Mills also pointed out in the review of the paper that less than 1% of this number indicates that you want to use the results of these genetics to predict, intervene, or "treatment& quoquo; homosexuality It is completely impossible. It is impossible for humans to use a genetic locus to explain various complex social behaviors.

This group of people is often chosen by social pressure, said Robert Epstein of the US Institute for Behavioral Research and Technology, a long-term continuum of sexual orientation studies.People in the middle of the continuum usually choose the end of heterosexuality because the current society strongly supports heterosexual behavior.. This is like the left-hander being trained to use the right hand under the influence of the mainstream culture of society.

Epstein also analogizes left-handedness with homosexual behavior, that is, no gene can make people become left-handed, so complex social behaviors like humans are more difficult to explain with a “gay gene”.Like those who feel that they can easily change their sexual orientation, Epstein suggests that they can live for a few days and then come back to discuss the issue.. Since nature has always existed in the same sex, there is no species extinction. And in the case of heterosexuality as the mainstream culture, homosexuality still exists, so many problems are self-evident.

As the paper concludes, there is no simple answer to complex human behavior. Why do homosexual behaviors exist and how are they produced through interactions between genes and the environment? No scientists have given an answer yet. After all, no one has ever figured out how the left-hander has been produced.

Related news
Science: African moles are not afraid of pain. What buff has evolved?
AI has captured many people and has re-entered Science, training costs $150, and wins 1,000 knives per hour.
Science: How the brain encodes visual information about color and shape
Science Advances: Good milk comes from good "gut bacteria"
Science paper confirmed: "Gay genes" does not exist! Genes cannot predict homosexual tendencies
Awesome China scholar! The latest paper on the cover of Science: how the new coronavirus invades cells
Hot news this week
Wechat has not done this function for N years! Use this app to make up for the defects of wechat
Microsoft official free data recovery tool windows file recovery experience
IPhone 12: it's more like throwing away the charger
Gree's response to "being disqualified from winning the bid": a mistake made by the bidder in sorting out the materials
Apple wants to know: what do you do with the charging head of the old iPhone?
Tencent magic change Yang surpasses video self mockery: I'm a simple and honest fake spicy sauce lost 16 million
Luo Yonghao comments on ideal one: Tesla Model 3 is not a car of a level at all
A 400-brand evacuation Facebook： the internet giant strangled?
How long can "Laoganma" carry on after winning Tencent?
The dotcom bubble? U.S. technology stocks surpassed their 2000 highs relative to the S & P 500
The most popular news this week
Xiao Ke Xing 360 mobile phone guard guards women's "fearless bloom" under the great security
Competing for 5g focus: Nokia is adding openran open interface to its telecom devices
Huawei's real rival in 5g era!
169 yuan true incense lamp! Xiaomi home display hanging lamp experience: no desktop space without glare, magnetic absorption rotation
The appeal of "Shandong Xiaomi finance" was rejected. In the first instance, Xiaomi was compensated for 300000 yuan and the current enterprise name was suspended
Windows 10 New Alt Tab Experience: Switchable application windows and Edge tab pages (Figure)
Huawei said pressure from the United States may delay the deployment of 5g in Brazil for several years
YES! picture glory, AMD china headquarters building across the sky :7 nm sharp dragon version MagicBook is coming?
12 core 24 thread 3899 yuan amd sharp dragon 9 39000xt
Developers open source a tool to turn Ubuntu into a rolling update