Foreign media evaluation of Apple Card: is more like an experience than a reward "generator" 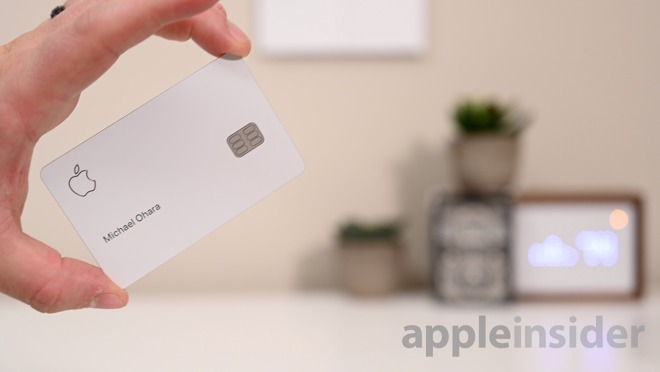 Apple products are usually designed at the forefront of the industry. This applies to hardware and software. Foreign media believe that although there are many metal credit cards and clean white credit cards, Apple has adopted a different approach.

This card is a Titanium Alloy Card, with a multi-layer white finish applied before the logos of Apple, Mastercard and Goldman Sachs are etched onto the original surface. 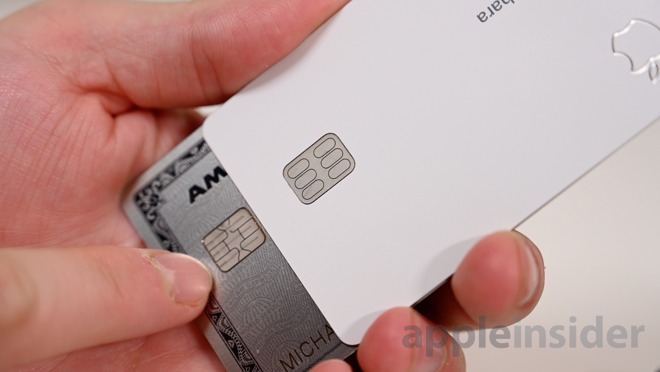 Apple has noticed all the details here. This is overlooked by any other card supplier. For example, the chip in the embedded card is a simple set of six ellipses, rather than a line pattern that does not match on other cards. 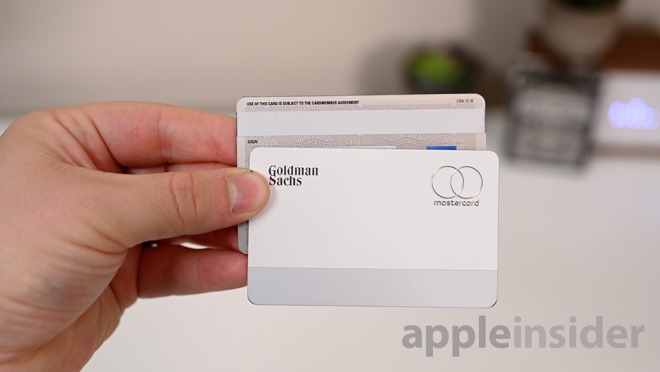 Apple Card magnetic strip is located at the bottom

Apple Apple Card's gray magnetic strip is located at the bottom and extends to the edge. This allows the user to locate the card correctly when using it, thus keeping the Apple Logo visible.

Other design considerations are obvious, such as the lack of any identification information or telephone number. No card number, no expiration date, no service phone number, no CVV code, no signature, etc. - just a fairly simple design.

This is for security reasons and aesthetic reasons. If the card is stolen or even viewed, no one can get the number without swiping the card, which requires at least some special tools, not just to view the information and use it online.

The biggest and most open disadvantage of the design is that white cards may be prone to wear and tear. They may not be able to maintain a white appearance for a long time. Any non-ferrous material that is in constant contact with it will inevitably dirty its surface. Fabrics such as leather and jeans may cause permanent discoloration of Apple Card. The coating may also be damaged if it is in contact with materials such as hard surfaces or keys. But that's not unique to Apple Card, which happens on almost all white, metal or plastic credit cards. 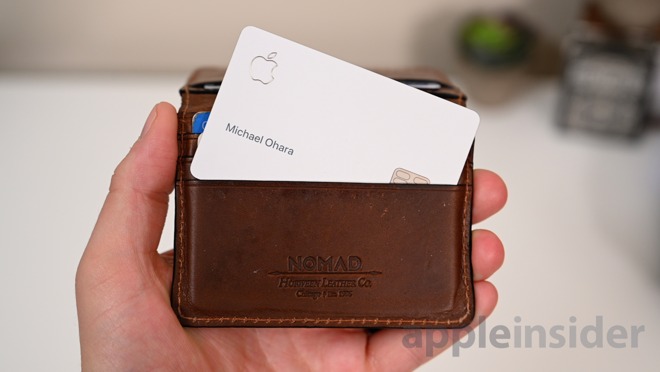 An example of a metal card commonly cited is the Amex Platinum card. It is made of stainless steel. By keeping the natural silver of the metal and printing in black ink, it solves the discoloration problem of Apple. After years of use, the card looks as good as the new one. On the other hand, another disadvantage of titanium is its rigidity.

Applying for Apple Card requires a few flicks in Wallet App. Apart from applications, most of Apple Card's usability is through electronic wallet applications. This application has been part of iOS for many years. It is based on existing designs and adds only the selected functions needed to manage credit cards.

Users can view balances and available credit lines, simple color charts of weekly events, payment due dates and latest transactions. Each of them can be further studied.

Weekly activities are very easy to see each specific expenditure of the user, including distorting the tone of the column according to the category of expenditure. Transactions are supported not only by the number of companies and (often) icons, but also by geographical location. If you shop multiple times at a retailer, clicking on a transaction will show all other transactions with them and the total number of monthly operations.

Instead of hiding any information from websites or monthly reports, Apple makes everything as clear as possible. Even when paying, Apple makes it easy for users to see the information they need to pay, depending on how much they pay off each month.

Users fromIPhoneYou can also get a card number for online shopping or billing, lock or ask for a replacement Apple Card, set monthly duplicate bills, or apply for a new virtual card number. 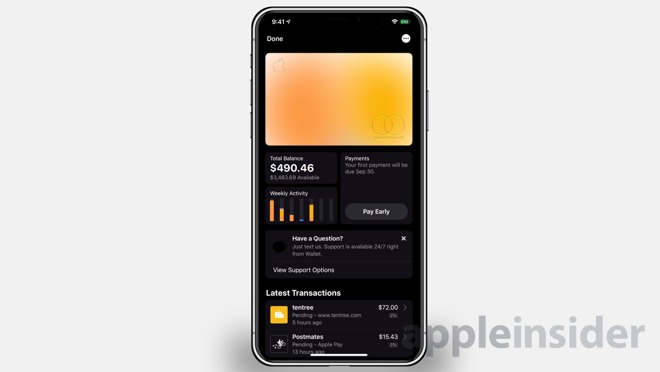 To contact the support staff, users only need to talk through iMessage and at their own time. Daily cash incentives are deposited into Apple Cash card every night. In short, everything on Apple Card is easy to use.

The First Step in the Field of Financial Science and Technology

It's this ease of use that makes Apple different. Card number stored in Wallet application? Users should rarely access it. With the help of iOS and macOS auto-filling function, as long as you enter the credit card number, you can automatically enter the Apple Card credentials. Other cards used do the same, but only after they are manually added and not marked as Apple Card.

As long as one applies to Apple Card, it can go through the iPhone, Apple Watch,IPadApple Pay on Mac is immediately available. It's seamless, unlike any other credit card.

Apple is also very concerned about the experience of using Apple Card, from paying for Wallet applications to launching physical cards. 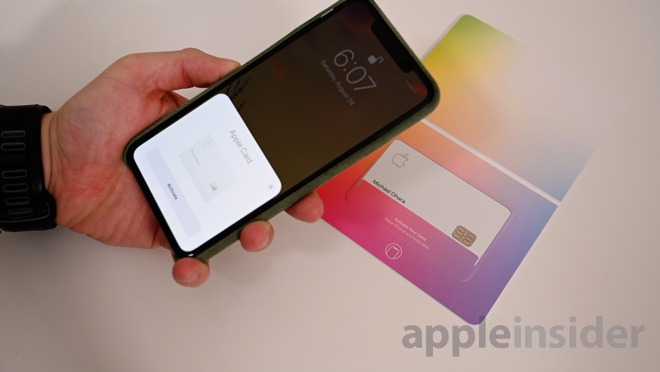 When the card arrives, just a few days after registration, it will appear a distinct white card. When opened, the card has a user name printed on the front. ByMobile phoneClose to the card, the hidden NFC tag activates the iPhone, where a modal dialog box appears. Activation has more in common with a group of AirPods than with mainstream credit cards.

Although Apple Card has excellent functionality, it is the first time that Apple has entered this field besides Apple Pay. This means that several common functions are missing. You cannot export data or log in to applications such as Mint, or add a second user to a federated account. If the iPhone is lost, it will be difficult for users to pay for it when they wait to replace it, because there is no way to pay for it at present.

So Apple Card still has limitations.

Apple's cash-back incentives differ from competing products. Instead of a vague reward, Apple deposits direct cash into Apple Cash Card on a daily basis based on expenditure. Apple provides 3% cash back for some of Apple Card's transactions. Apple Pay earns 2% of its revenue, while other uses of the card will generate a 1% bonus in Daily Cash. 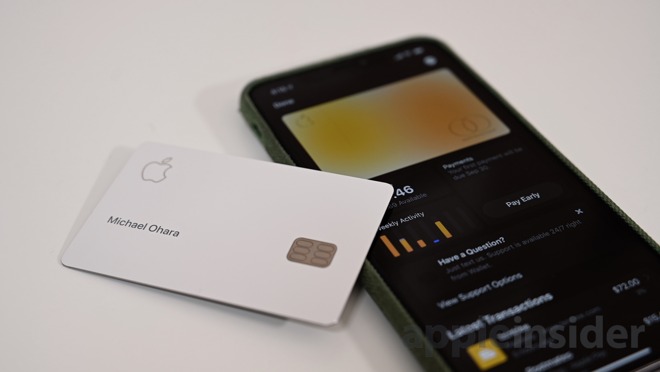 Compared with some other high-end cards, the incentives for physical cards are insignificant, especially considering that restaurants and established retailers still do not support Apple Pay.

Apple Card may benefit most from fruit powder. It may be 3% cheaper to use Apple Card to buy a new iPhone, etc. Smart users may also move their App Store and iTunes subscriptions and get a 3% return on Netflix, Hulu, Showtime, Apple Music or any other user who charges via Apple.

Nevertheless, these fees seem small on the whole, and reward-focused users should look elsewhere. 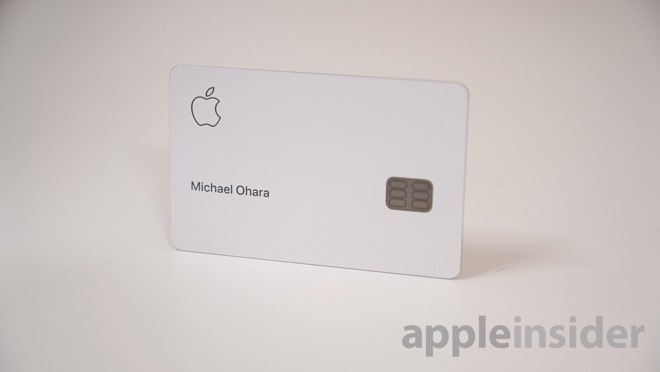 Apple Card is a huge step forward for Apple. It brings new challenges that big companies have not been able to overcome before.

The first step is to be brave and build on the Apple Pay settings. The combination of cards and applications is a joy of use and change, which is often not seen in the field of financial science and technology. Financial technology changes slowly, and integration in the operating system is an innovative way, which can not be achieved by other ways.

Because Apple itself can't implement some technology, it works with Goldman Sachs and MasterCard. This brings both advantages, including infrastructure and MasterCard cardholder preferences. Apple Card is not just another credit card. This is Apple's first important step and the identity symbol of those who carry it. Apple cards are definitely flawed, but it's a tempting proposition for fans of the iPhone maker.

The overall score given by foreign media AppleInsider is 4.5 (full score 5).

Potential users can obtain Apple Card by submitting applications in the Wallet application running iOS 12.4 and higher versions of the iPhone.