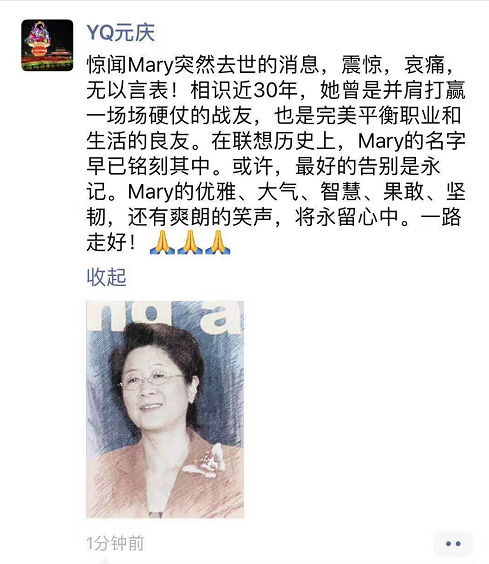 According to public information, Ma Xuezheng, female, was born in Tianjin. He graduated from Capital Normal University in 1976 with a Bachelor of Arts degree. He was the youngest director and director of the Chinese Academy of Sciences. In addition to managing scientific research projects jointly developed by China and Europe, he is also responsible for the administration and contact of the World Bank for research and lending projects in China.

Joined Lenovo in 1989 as Senior Vice President and Chief Financial Officer of Lenovo Group. For the third consecutive year, he has been ranked by Fortune magazine as the world's most powerful business woman.

In September 2007, he officially announced his retirement from Lenovo and became a partner of Detai Investment Co., Ltd. 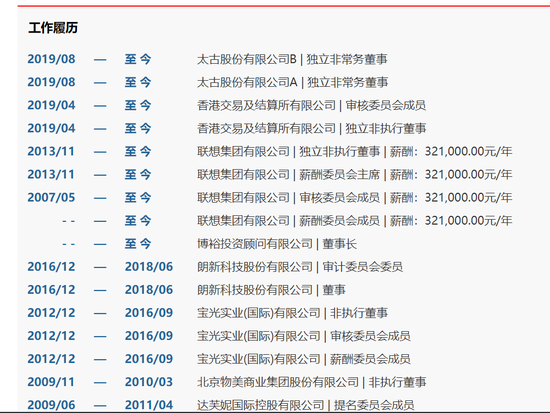 The following is the full text of Yang Yuanqing's circle of friends:

I was shocked to hear that Mary’s sudden death, shock, sorrow, no words! After nearly 30 years of acquaintance, she has won a hard-working comrade-in-arms alongside her shoulders. She is also a good friend who perfectly balances her career and life. In the history of Lenovo, Mary’s name has long been engraved. Perhaps the best farewell is forever. Mary's elegance, atmosphere, wisdom, courage, tenacity, and hearty laughter will stay in the heart. farewell!