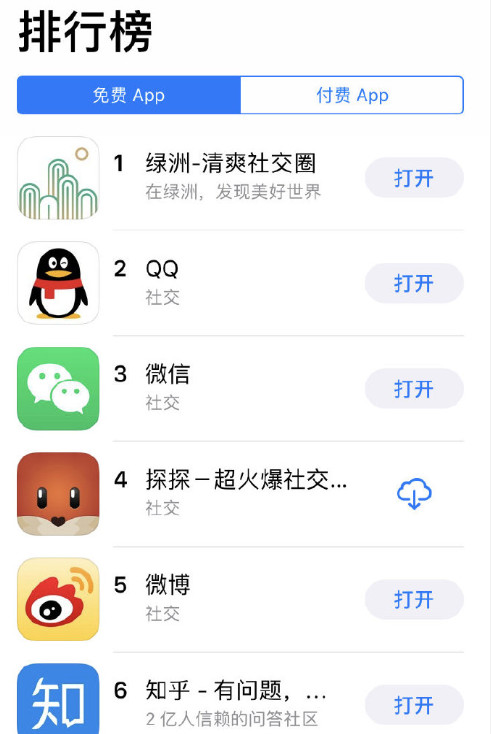 With the invitation code, the Red Star journalist entered the “Oasis” platform that is being tested. Different from Sina Weibo's information streaming method based on graphic and video, Oasis uses the image as the main information stream to push, and the application interface is similar to Instagram and Xiaohongshu.

According to the data of the seven veins, the oasis isappleThe application store is online for August 29. On August 30th, the oasis was last updated.

In the Apple App Store, Oasis calls itself a “fresh social circle” and the slogan is “Discovering a beautiful world in an oasis”. Regarding the introduction of the application, Oasis expresses itself as a “lifestyle and social product produced by Weibo”. Come and share and discover the exciting moments in life. It can be seen that the product attributes are similar to Instagram, and the users are allowed to take pictures. Create content and socialize.

The Red Star journalist enters the application through the invitation code, and it can be found that artists such as Xu Qing, Wu Hao, Guo Jingming and others have settled in the platform, and some accounts with traffic network red appear in the recommendation column. The application is divided into wear, food, travel, beauty and other partitions, users can post pictures or short videos to share life, other users can like the pictures below, leave a message.

These features make it easy to connect to platforms like Instagram. The difference with the social platform interface such as Xiaohongshu is that the Oasis homepage slides down as a single image, and then enters other partitions to be converted into a form of picture juxtaposition.

Not yet connected with Weibo

Red Star reporters found that fans of Weibo can't directly import their own fans in Oasis. Although the Oasis is built for the Weibo team, it seems that the two platforms have not deliberately opened up connections.

Due to the negative entanglement of grass writing, data fraud, e-commerce fakes, etc., the grass-type application of the small red book was removed from the full-app store. Today's Red Star journalist has not seen the shadow of Xiaohongshu in the Apple App Store, and it is still unknown when it returns.

Unlike the foreign photo social platform Instagram, China does not currently have any image social application. In the micro-blog team that is familiar with building an information flow social platform, do you want to rely on the oasis to dominate the social field of pictures again?

Related news
Amazon releases 3rd generation Kindle Oasis adds screen color temperature control
Chinese version of Instagram? Sina Weibo picture social product "Oasis" beta
Oh! "Chinese version of ins" oasis logo suspected of plagiarism, confirmed that it has been removed
The English name of Chinese liquor has been changed: Chinese Baijiu has been officially launched
Tesla's Chinese Rivals See Record Monthly Delivery on Further Recovery from Covid
Hot news this week
Female graduate students leave school to give birth to the hot debate is hype? The husband has set up a webcast company
How much is 4G than 5G! Huawei Mate50 network speed detailed measurement 6799 yuan to buy explosion money?
It's hard to find a machine! Huawei Mate50's first sales: oxen can not buy the price of 10,000 yuan to grab the price
Huawei City's proportion is the first! Survey: Northerners love to use folding screens more than southerners
Our global car he is a special car for China! Saic Volkswagen and FAW-Volkswagen are fighting each other
Chongqing Xiaomi Consumer Finance Co LTD has been fined 500,000 yuan for misappropriating consumer loan funds
Are they really aliens? The US Navy confirms there are multiple UFO videos: but they cannot be made public
The second phase of the main structure of Xiaomi intelligent factory is completed to see the delivery at the end of next year
In order to change the iPhone 14: Women's net red sells old phones and comes with a large number of private photos
"Sheep a sheep" fire, is expected to attract hundreds of millions of financing? But it doesn't have a license...
The most popular news this week
Is Boeing envy? China Holy Purchase 332 Air Passenger Aircraft and China assembly 600th delivery
115 Web disk V30 version released: LOGO big change one -click backup WeChat content
Foxconn dismantles production line! The worst iPhone 14 sales ever: Apple failed
China's first pure electric convertible! Wuling Hongguang MINI EV Convertible Edition Listing: 99,900 yuan
Samsung applying for a dual -screen camera patent to support face recognition
There's a tidal wave of lying down, and ceos of big American companies are worried, saying, "Never seen anything like this."
Tesla sales response "disguised price reduction of 8000 yuan" : for the end of the quarter impulse, temporary activities
Apple iPhone 14 standard version is not good for sales, Lixun precision may face the risk of ordering orders
Billions of euros in investment, Intel Italy chip factory will be located in the Veneto region, sources said
China Mobile to develop 5G Tidal Smart Antenna: Where the crowd