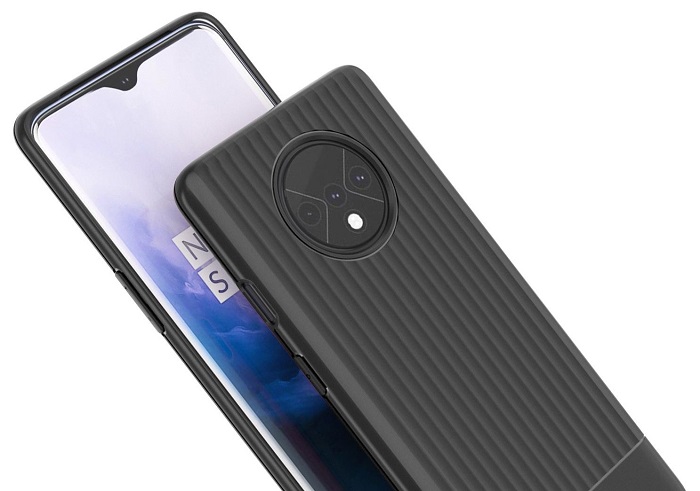 (Figure from: Slashleaks, via)91 Mobiles)

What is puzzling is that if the so-called "EXSS8865 HD1900" is OnePlus 7T, the smoke bomb fired by the company is too thick. However, the blaster affirmed that the machine was OnePlus 7T in transmission.

Another question is that the Geekbench shows that the machine uses a processor called msmnile, which had previously been reported as Qualcomm Snapdragon 855 chipset. The basic frequency of the chip is 1.78GHz, supplemented by 8GB RAM.

The test equipment is equipped with the latest Android 10 mobile operating system. The single-core and multi-core performance scores (3983/10967) are similar to those using Qualcomm 855 SoC. 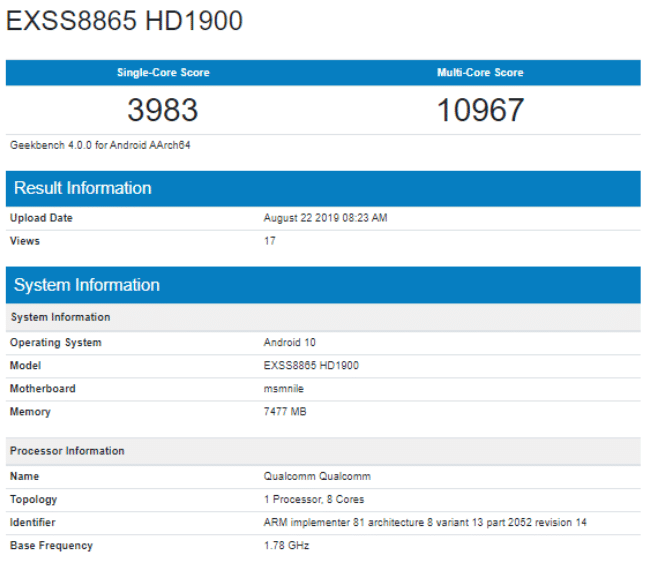 Earlier, it was reported that OnePlus 7T was equipped with a 6.55-inch S-AM.OLEDThe screen not only has a resolution of 2K, but also supports a refresh rate of up to 90Hz, which is expected to be the biggest selling point when the machine is released at the end of this month.

In the aspect of rear camera, the machine or the combination of 48MP 16MP 12MP, the whole module appears a little round. On the functional side, it is expected to support 960 fps slow video, wide angle, and night shooting mode.

In addition, the battery capacity is 3800 mAh, and it supports 30W dash flash charging. As for the truth, please wait patiently.One plusThe official release date is coming.