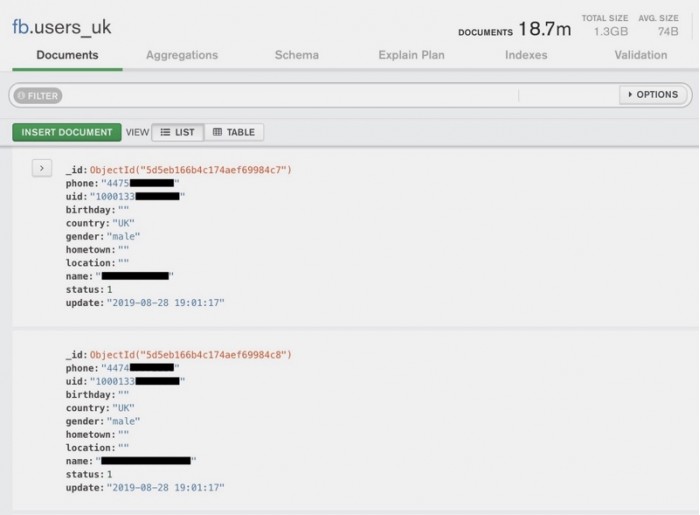 The database was first discovered by security researcher Sanyam Jain, who said he could find several celebrity phone numbers. It's unclear who owns the database, or where it came from, but it got offline after TechCrunch contacted the site's host. It's unclear why the data was stolen from Facebook or what they were for.