The first year of life of the iPhone: The first generation of the iPhone used plastic screens? Jobs complained about rewriting history 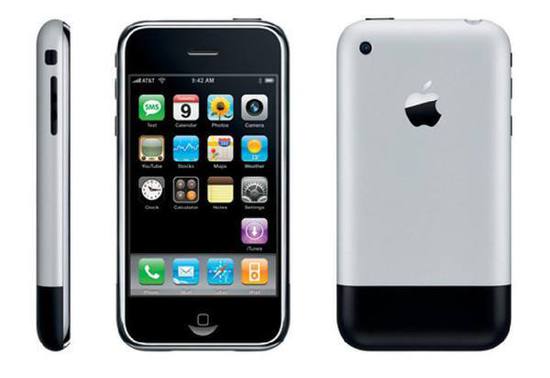 Always remembeIPhoneThe moment before it came out

Twelve years ago, Steve Jobs (Steve Jobs) took to the stage in sneakers to deliver the most incredible keynote speech of his life, the most incredible event in the history of consumer electronics. Jobs released a wide screen with touchIt's revolutionary.Mobile phoneAnd a breakthrough internet appliance. But they're not three products, but a new cross-time smartphone. 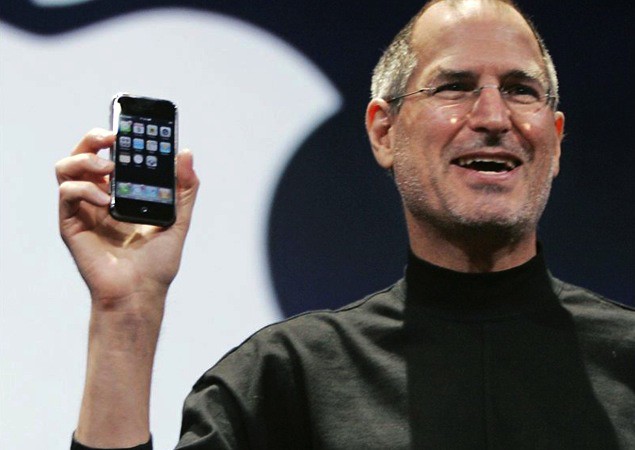 Apple has been working on a project called Purple Experience Project for more than two years. It has changed from a tablet computer to a mobile phone, and it has also turned dreams into reality. Just before stepping on stage, Jobs called his team and told them to remember the moment before the advent of the iPhone. Because, in the next moment, everything will change.

In his keynote speech, Jobs said it was rare for a company to innovate even a product category. Apple, on the other hand, has innovated two kinds-the Mac and the iPod personal music player. If you add iPhone, they have completely changed the three product categories.

The early iPhones removed physical keyboards and pens, which dominated BlackBerry, Motorola and Palm smartphones. Jobs introduced the multi-touch interface, which allows the iPhone to zoom and zoom smoothly, and multi-tasking, which enables seamless switching from music to the Internet to e-mail.

These technologies have become commonplace throughout the industry, but at the time they looked like science fiction.

Visually kill everything in seconds

From a visual impact point of view, the iPhone absolutely kills everything in seconds. The first generation of the iPhone, based on the Project Experience Purple project team's P2 device, code M68, device number iPhone 1, has a 3.5-inch LCD screen with resolutions of 320x480, 163ppi, four-frequency 2G EDGE digital radio, and a 2-megapixel camera.

It consists of 1176 JZ (F) -S processor based on ARM andthree stars PowerVR MBX Lite 3D graphics chips are manufactured to provide power, with 1400 mA batteries and 128 MB RAM built-in. At the time of release, two NAND-based flash storage spaces were available, which were 4 GB and 8 GB, respectively.

In addition, the first generation of the iPhone can also be charged using a 30-pin base connector.

The original iPhone did not support CDMA and EVDO network compatibility. That means it can't work with Verizon and Sprint, the two biggest carriers in the United States. But it doesn't matter. After all, the first iPhone was AT.

At the beginning of its publication, there were many "defects"

Although the release of the initial iPhone also marked the reinvention of the phone, the landmark product had many shortcomings at the time:

1) The price is too expensive.

In fact, when the iPhone was first released, many people were stunned by its high pricing, which also meant that Apple phones were unable to break into the mainstream market. Steve Ballmer (Steve Ballmer), then Microsoft's chief executive, joked: "No one will buy such an expensive phone without a keyboard!"

So how expensive was the iPhone then? The 4GB version is priced at $499, which is about 3,643 yuan at the 1:7.3 exchange rate at that time. Coupled with tariffs, the price at home is as high as 4262 yuan, which is much higher than the average monthly income of the Chinese people at that time. The popular Motorola Q at that time was only $99.

2) The configuration is too low

At the time, most high-end phones supported newer and faster 3G networks, while iPhone supported only slower 2G networks. In fact, even at the press conference, Jobs was sceptical about the reliability and completion of the iPhone, for which he specially prepared a few more demo spare machines. But iPhone couldn't open the page for a long time, and Jobs humorously said, "there must be too many people even in our Wi-Fi."

At that time, the more popular mobile phone functions, such as searching address books, copying and pasting text, recording videos with cameras, and third-party application support, which was crucial to many people, did not exist in the first generation of the iPhone.

Similarly, because iPhone uses a real web browser instead of a WAP browser, MMS is not supported. Apple didn't have an app store at the time, or even a plan to launch it.

Despite the fact that the work of the Jony Ive and its industrial design team has been basically completed, the hardware project still faces challenges. For example, a 3.5-inch plastic screen was used by Mr. Jobs's first-generation iPhone, but the six-month-old Apple cell phone uses a glass screen. The next day when the plastic screen iPhone was introduced at a press conference, Mr. Jobs complained that there was a scratch on the screen when he left the iPhone in his pocket, and he asked for a replacement of the glass.

After being objected that durable glass would not be available for the next three to four years, Jobs continued to insist that "when the iPhone is shipped in June, it needs to have a glass screen."

Eventually, they took a fancy to Corning's Gorilla Glass, which is not yet commercially available. At that time, Apple announced a $200 million investment, which could help Corning develop flexible glass for foldable screens. Jobs's insistence on the glass screen approach of the iPhone helped shape the look and feel of all modern smartphones sold today.

On the software side, under the supervision of Scott Faustor (Scott Forstall), the software team is also doing its best. Although they have been studying man-machine interface and interaction for a long time, many designs are still being adjusted. For example, after Jobs thought the small screen was too crowded, the split-screen email function was canceled. 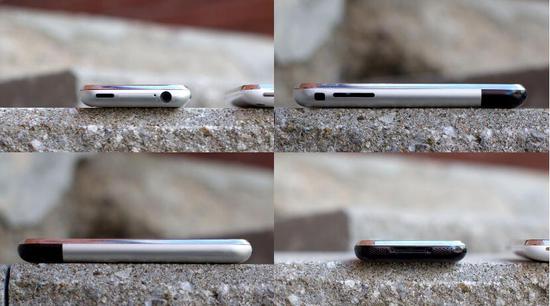 At the same time, software engineering and framework teams, native application teams, mobile web teams, etc. must ensure that all applications and functions can not only run reliably, but also bring pleasant experience.

Great experience, who cares about price?

On the day of the sale, countless waiting buyers lined up outside apple's stores, especially in front of flagship stores like new york. People had been waiting outside for days, and the procession stretched for blocks. The fans were full of expectations and rivals were dismissive of it, with the media calling it "Jesus' cell phone."

Then the door opened, and the initial reaction was quite hot. Dr. Mo (Walt Mossberg) and Catherine Bolet (Katherine Boehret), prominent technology commentators, wrote: "despite some defects and functional omissions, the iPhone is, in general, a beautiful, groundbreaking handheld computer. In particular, its software has set new standards for the smartphone industry, and its ingenious finger touch interface (without handwritten pens and most buttons) works well. "

Ryan Bullock (Ryan Block) wrote: "Apple makes the simple user interface look simple, but we know it's not, and when it comes to portable devices, details are always important." So far, no one has made a phone that can do so much with so little, and despite the shortcomings of the iPhone gesture-based touch screen interface, the learning curve is surprisingly low. It is clear that iPhone has raised standards not only for mobile phones, but also for portable media players and multifunctional fusion devices. "

Novelty and experience are so good that people don't care about lack of functionality or high prices. The customer satisfaction of the iPhone is higher than any Apple product we've ever seen.

The contempt you've been subjected to.

As early as 2007, most smartphones had hardware keyboards, and touch screens were almost resistive and equipped with handwritten pens to improve usability. There are great differences between mobile applications, and mobile web is limited to WAP browsers.

While the iPhone is not popular, many deep-rooted vested interests in the smartphone field have made the most severe criticism. After all, that's their job.

Ed Kerrigan (Ed Coligan), former chief executive of Palm, said: "for years, we have been trying to figure out how to make a decent phone. People who develop personal computers can't handle it. They can't be directly involved. "

Mike Lazaridis, former chief executive of RIM, now Blackberry: "All I've heard is about the iPhone's opportunities in the business, and I think it's important to see it right: Apple's design-centric approach will sacrifice the necessary corporate functionality and ultimately limit its appeal. Apple's commitment to beauty inevitably sacrificed some of its advanced features. "...

Steve Ballmer (Steve Ballmer):, former chief executive of Microsoft, "you can buy Motorola Q. for $99." So far, Apple will have the most expensive phone on the market. The iPhone is unlikely to gain any important market share, it has no chance! "

2007 is a completely different world: after all, mobile phones are just beginning to reach the available data transmission speed, and bandwidth is still limited and expensive. The attraction of smartphones is mainly confined to early users and business users, but not yet close to the mainstream users.

Palm and blackberry were wrong, however. If it's working for Apple, "PC Man" is definitely the best person to solve the problem. For consumers, the interface represents functionality, so by solving the interface problem, Apple began to make these handheld computers accessible to everyone. However, Microsoft is at least partly right. The iPhone is too expensive for Apple to change.

Change everything over and over again

Apple initially teamed up with four operators in four countries, selling more than 6 million units in its first year of launch, the iPhone. Now, Apple works with almost every operator in every country, selling hundreds of millions of iPhone. units a yea

It took Apple several years to gain market dominance, and as the device improved, the iPhone added more features and became cheaper, compatible with more carriers'networks.

The main reason why the first generation of the iPhone has been remembered is that it has put Apple on the current path of development. The iPhone is not only Apple's biggest selling product, but also the most important product for the company's profits and finances.

In addition, before the birth of iPhone, few mobile devices had touch screens. Now, this is almost the standard match for almost all smartphones. As one of the most important products in Apple's history, the contribution of the initial iPhone is beyond doubt.

Apart from the iPhone, Apple has launched it over the years.Products and services such as Apple TV, Apple Watch, HomeKit, HeathKit, CarPlay, AirPlay, AirPods and HomePod have changed their product categories over and over again, thus having a far-reaching impact.

Through iPhone, we see the future of smartphone development. But as Jobs told his team, the world will never be the same. He has been proved to be completely correct.