Ali will pay about $2 billion to take a stake in NetEase Yun Music and own about 20 per cent of the shares.

As of publication, Ali did not comment, Netease has not yet responded. 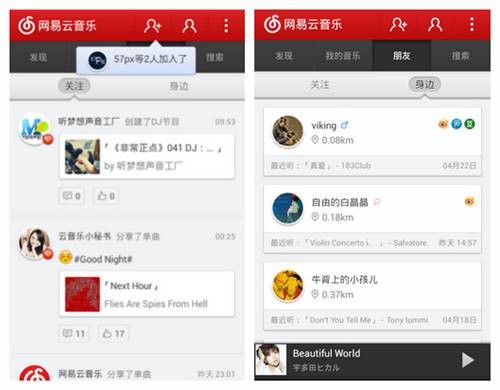 According to public information, NetEase Cloud Music has been raised to round B, and valuations have soared. In April 2017, NetEase Cloud Music announced the completion of round A financing, including Shanghai Radio.televisionTaiwanese and Mango Wenchuang have raised a total of 750 million yuan, with investors accounting for about 10% of their shares. According to this calculation, the post-investment valuation is 7.5 billion yuan (pre-investment valuation is about $1 billion). In October 2018, NetEase Yun Music completed a $600 million B round of financing. Media reports said that the post-investment valuation of this round reached $3.5 billion. In fact, by the end of 2017, some investors had transferred some of NetEase's cloud music's old stocks, and the valuation at that time had reached $3.5 billion.

In March 2019, Cloud Music began to seek a new round of financing and began contacting Ali in May. Affected by the news,In May and June this year, in the old stock transfer market, NetEase cloud music valuation has risen to $7 billion.

The investors close to Cloud Music disclosed that,Ali does not care about valuation, does not care how much money to invest, the biggest demand for ownership of twice as much as Cloud Music's round A investors, that is, about 20% after the investment;At the same time, after Ali's shares, NetEase's music valuation should be around $9 billion or even higher.A reference case is Tencent Music Pre-IPO round financing valuation of more than $10 billion.

It is worth mentioning that although NetEase Cloud Music ranks fifth with 132 million monthly active users on this list, its growth rate is 27.5 percent, much higher than the top four, and the gap with fourth cool music is narrowing. NetEase disclosed in August that the total number of cloud music users has exceeded 800 million, up 50 percent from the same period last year, and paying effective members by 135 percent compared with the same period last year.

However, Netease's cloud music is still facing a profit dilemma. In the second quarter of this year, the gross profit rate of Netease's innovation and other business sectors, including cloud music, was only 1.4%.

The investors mentioned thatFor Netease Cloud Music, the main purpose of this financing is to increase cash flow, but do not want Ali to have too much interference in specific business.At present, NetEase cloud music business in NetEase listed company system, it is understood that as of Ali's stake, Ding Lei individual in cloud music holding more than 60%.

According to the analysis of investors,For Ali, the ambition to take a stake in Cloud Music is not limited to the music track, but focuses on promoting the layout of Ali's entertainment, thereby seizing more users online."Ali now attaches great importance to the development of major recreations. From e-commerce to consumption, and then to entertainment, this is a path to consumer upgrading, especially the current user time spent on music, video and information streams, has exceeded 70% of the total time spent on mobile Internet. An investor.