Microsoft engineers suggest replacing the words in the Chromium code base: blacklist and whitelist

There are two well-known open source projects last yeagentlePythonBecause their code library contains master and slave these words that are considered offensive and are required to modify the name. Even if such a request seems to be so irrational, the developer will eventually 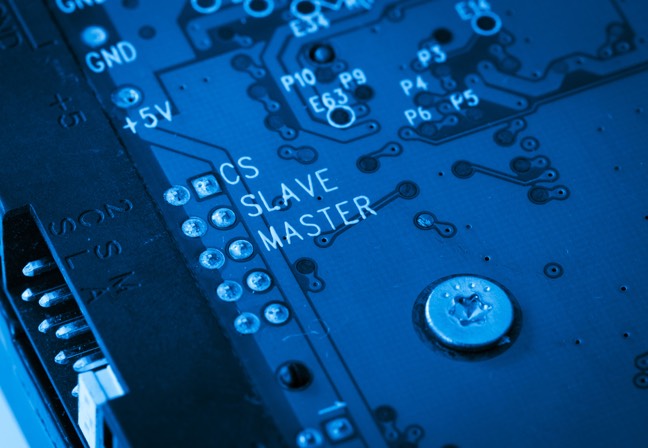 The most recent case was again staged, with both the protagonists and the tech giant.Submitted a bug reportIt is recommended to clear the word from the Chromium code library that contains potentially offensive words to clean the code library.

For example, the words such as the white list and the black list are considered offensive, should be removed from the code library, and are also suggested to be modified to allowlist and blacklist. 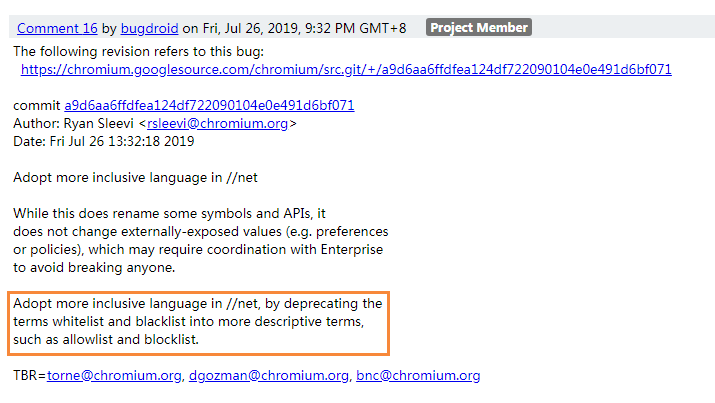 Microsoft engineers who published the proposal said the proposed changes were made by PoliCheck scans, a machine learning model that scans hundreds of file formats based on context. And the scanning rules follow Microsoft's.Diversity and inclusive policies.

Although changing comments or variable names in source code is usually invisible to users, such revisions can be problematic if it destroys names and so on in preferences and settings.

How do you feel about this? Welcome to leave a message.