Ali's acquisition of NetKoala is not just as simple as adding another member to the zoo. 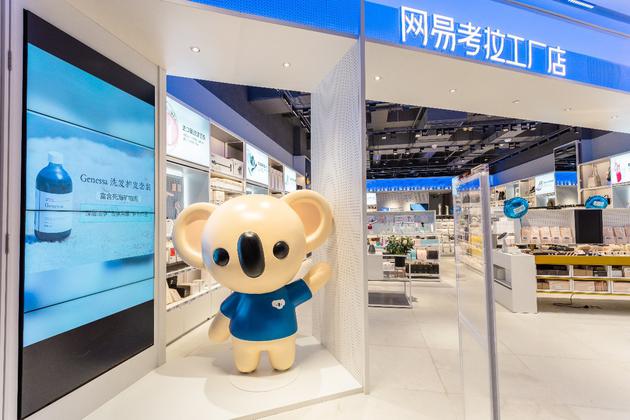 Mr. Cora will maintain an independent brand operation, and Liu Peng, the general manager of the Tmall Import and Export Business Group, is also the CEO.

What will the acquisition of Koala bring to Ali? What impact does selling koalas have on NetEase? Let's look at the philosophy behind the two companies.

"Netease's philosophy is that we don't follow the wind, but we must follow the trend and seize the opportunity." Ding Lei has explained Netease's Tao on different occasions, such as Buddhism, stability and concentration.

The style is also from the bottom gas of the net, the main game business can stabilize the output cash flow, on the other hand, the net is easy to have a lot of business with a strong personal style, he firmly believes in the "One-life, two-way, three-and-one, four-year-old five-year-old", think that the life should be enjoyed instead of the conquest of life.

"We are more willing to do our own things in the areas we are familiar with, and we will not touch the areas we are not familiar with." And Koala's business also stems from Ding Lei's daily life. He wrote in Sanshi Private Selection that he likes traveling very much. He has been traveling around the world since 2000 and likes shopping. "I have always had a dream: how can I bring the good products I see in the world to Chinese consumers?"

In Ding Lei's view, cross-border e-commerce is a huge opportunity. On many occasions, he expressed his expectations for Koala: in 2015, Ding Lei said that NetEase Koala will become a retailer with turnover of about 50-100 billion in the next few years; in 2016, he set a famous goal: hope to rebuild a network in the battlefield of electronics business in the next three to five years. Yi; In 2018, Ding Lei also expressed great hope that Netease Koala could create a new history with you. 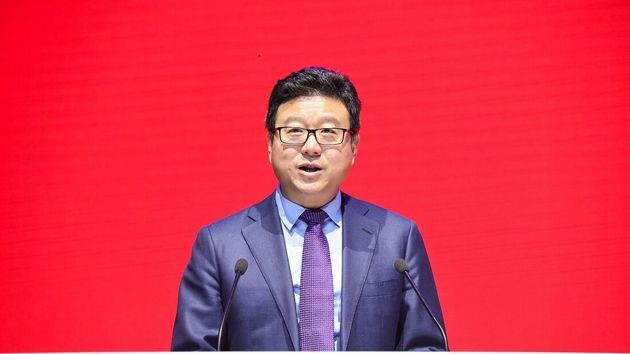 Ding Lei has also been patient with this business. Until 2017, Q2 still said, "Profit margin is not the focus of our consideration at present." But at the same time, he also said that there would be no very large subsidies in this regard.

But the actual performance is cruel. According to the fourth quarter of 2018 earnings, NetEase e-commerce revenue stood at an all-time high of 6.679 billion yuan, but at the same time there was only a 4.5 percent profit margin. According to the analysis, "this is almost a loss of a single sale, no profit at all. "...

At almost the same time, NetEase made large-scale adjustments, and various business lines were optimized to varying degrees. A series of marginal products, such as NetEase Finance, mint direct broadcast, NetEase photo album and so on, were connected off the line. The pressure brought about by the overall environment also made 3500 take the posture of tun grain for the winter.

In addition to Netease Koala, another business that Ding Lei attaches great importance to, Netease Yunyun Music has received the support of Ali this time after obtaining Baidu investment, and is also ready to continue the competition with Tencent in the next stage.

In a conversation with Wu Xiaobo, Ding Lei said he was most concerned about whether NetEase can really become a longer-term, core competitive enterprise, like the book he likes very much, "Base Industry Evergreen."

This means, on the one hand, as mentioned in the book, "excellent companies understand that small changes need to be stimulated to make business progress and development", on the other hand, they also need to take stock of the situation, timely entry and strategic abandonment.

"We judge this golden window to be the next two to three years. Whoever runs fast at this time has a good chance. "Ding Lei's comments on cross-border e-commerce at last year's Expo mean that there is still a need to invest in the period leading to the window.

Netease without e-commerce gene compares with Ali, the dominant e-commerce company. Although their market share is very close in the short term, for Netease, which is unwilling to burn money for scale, its revenue will be affected in the short term if it chooses to accept Ali's acquisition. However, it will instantly become a net profit model, and its gross interest rate will return to a high growth situation. In today's market pressures, it is not a good result.

As Ding Lei said in his dialogue with Ali CEO Zhang Yong, "The two companies are learning from each other. You have done a good job, so we don't have to do it, because I may not be able to do it any more." 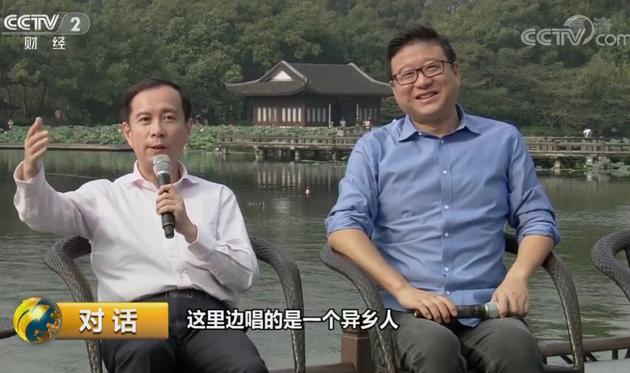 E-commerce has always been the lifeblood of Ali, and for his successor, Zhang Yong, how to create more value on the basis of the present, cross-border e-commerce is one of the most important links.

As early as the 2014 World Internet Conference, Zhang Yong of Ali COO said that cross-border e-commerce would be the key layout in the future. At that time, Tmall International went online less than a year ago.

In the framework, Tianmao International carries the implementation of Ali's big import strategy, and Zhang Yong also strengthens the direction of developing cross-border e-commerce. He said that cross-border e-commerce is by no means a temporary outlet, but under the framework of eWTP, it is very likely to create opportunities for a new global economic and trade system and new special economic zones.

Such determination also extends to cross-border e-commerce. In November 2018, Zhang Yongli, who has been confirmed as Ma Yun's successor, set a goal that Ali will achieve a global import target of $200 billion in the next five years.

In order to achieve this goal, the internal structure of Tianmao has also been adjusted. Liu Peng, General Manager of Tianmao Import and Export Department, who originally reported to Jingjie, has changed to report directly to Zhang Yong himself.

At the beginning of this year, Liu Peng released the key strategy of Tmall International 2019, the most important of which is to upgrade the direct business and set up a "two-wheel drive" model with the platform business to empower the global brand; create a new model of overseas warehouse direct purchase, and build a global supply chain network for overseas "small and beautiful" brands.

This is exactly what NetEase Koala is good at. Ding Lei insisted on self-management at the beginning of its establishment. In Japan, South Korea, the United States and Europe, he set up purchase points to purchase by himself. At the same time, he also invested a lot of money to build bonded warehouses.

The complementarity between the two sides will further enhance the ability of Tmall International, while the competition between the two teams may also inspire better results from each other.

"If there is only one team to do one thing, how can I know that he has done it well enough?" In Zhang Yong's management philosophy, he advocates looking for gaps through comparison. "It does not mean that everything must converge. If the whole enterprise has only one team to do one thing, sometimes it may be the beginning of a problem or even a tragedy.

Some netizens laughed that Ali bought koalas because koalas are also an animal, very suitable in name, but behind this, whether the merger of cross-border ecommerce Shuangxiong can play 1 1

According to the quarterly monitoring report of China's cross-border import and retail e-commerce market published by Analysys Analysys in the second quarter of 2019, Tianmao ranked first in the international ranking with a share of 33.1% and NetEase Koala ranked second with a share of 25.4%.

Another report comes from AIDS media consultation. In the first half of 2019, NetEase Koala ranked first with 27.7% market share, while Tianmao International ranked second with 25.1%.

Although there are differences in rankings, the two groups of data show that there is no significant gap between the two. With the "integration" of the two sides, the total share has exceeded 50%, enough to occupy half of the country, forming a dominant trend. 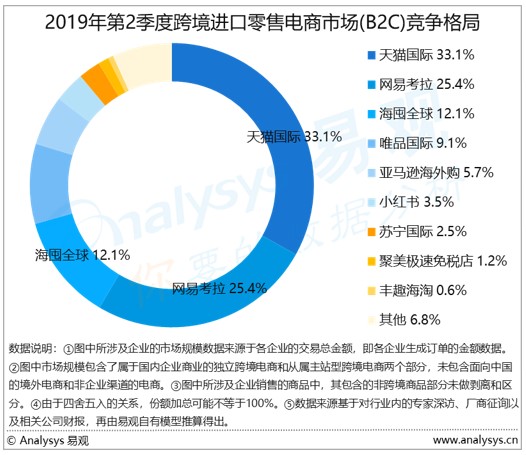 The actual effect may not be as simple as the number. Some analysis points out that users and brands of two platforms, Tianmao International and NetEase Koala, overlap greatly. The integration process of the two platforms will be long, and there are many uncertainties.

"Personally, I may not think it's a good deal. Now the foreign docks are selling too. It's not a good deal to spend two billion dollars." Qiu Yuanjun, an analyst with Credit Capital, said, "If Ali doesn't buy it, he may be worried that he will buy more, which will affect the development of Tianmao International."

However, some analysts told Sina Technologies that there are at least three advantages in Ali's acquisition of NetEase Koala: first, Ali can ensure its dominance in the cross-border e-commerce field and completely form a dominant situation; second, relying on a sound supply chain logistics system, the market advantage will expand; third, both sides. The price war will also disappear, which will further increase the profit margin.

"Koala is a very good complement to Ali's Skycat International." Cao Lei, director of the E-Commerce Research Center of the Internet Economic and Social Council, also made a similar point of view. He believed that if Ali was transferred, Koala would receive Ali's funds, flows and ecological support, and would achieve long-term development in the field of cross-border e-commerce.

"Competition and cooperation in China's Internet industry will exist for a long time," Cao Lei said, referring mature business to more competent competitors for further cultivation, while introducing competitors into their more competent businesses through strategic investment and cross-shareholding, which is a situation in which you have me, you have me and you are compatible with development. There used to be TencentJD.COMNow it's Netease Ali. "These are China's TOP10 Internet companies. The less the"war of consumption"between them, the less interference they will have on the healthy development of the entire Chinese Internet industry, which is an optimization of division of labor."

Regardless of the future, Ali's acquisition of NetEase Koala marked the entry of cross-border e-commerce from a two-male hegemony to a dominant era, althoughSuningJingdong and other giants are in the bureau, but facing the situation that supply chain and logistics all need huge investment, it is very difficult for anyone to shake the status of the merger acquired cat international in the short term.

The report predicts that the scale of cross-border e-commerce transactions is expected to reach 10.8 trillion yuan this year. With the participation of nearly 90 million users, a new market of 10 trillion yuan will be born soon.

In the absence of a window period, the acquisition of similar scale Netease Koala to strengthen, for the capital chain is very abundant Ali means to take the lead, but the two sides are far from the same in terms of culture and tactics, Zhang Yong's "first fire" still takes time to "prairie fire".