Unveiling the First Computer in New China: It covers 40 square meters and operates 30 times per second 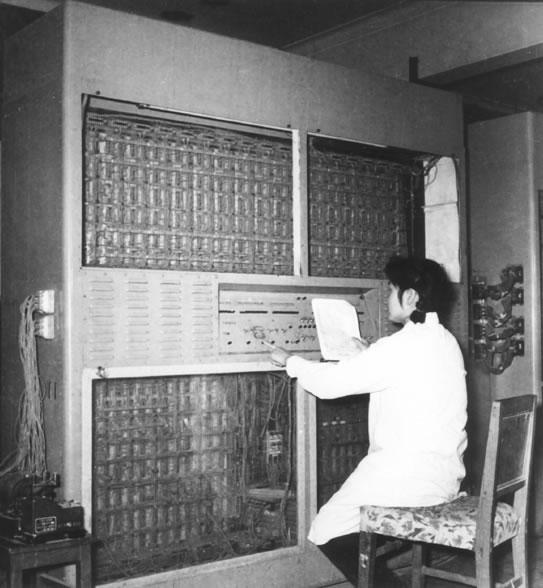 In January 1953, Hua Luogeng was appointed to form China's first computer research group in the newly established Institute of Mathematics of the Chinese Academy of Sciences. Professor Min Dake, Department of Electrical Engineering of Tsinghua University, was the chairman of the group, whose goal was to develop China's own computer.

In April 1956, when Premier Zhou Enlai personally led the formulation of a 12-year outline of scientific and technological development, Hua Luogeng was appointed head of the Computational Technology Planning Group to draft a blueprint for the development of China's computer industry. The results of the planning and implementation contributed to the birth of the Institute of Computational Technology of the Chinese Academy of Sciences.

In 1956, China set up the Preparatory Committee for the Research and Research Institute of Chinese Academy of Sciences, and the first small computer of China's computer 103 was designed and completed. The production of this computer was achieved at the time of the state-run 738 service for 8 months.

In the field of computer, everything is "big" at the beginning. The first computer in New China covers an area of 40 square meters only a few large cabinets in the main part. There are nearly 4,000 semiconductor Germanium Diodes and 800 electronic tubes in the body.

On August 1,1958, the 103 machine completed the operation of four instructions, which marks the birth of the first general-purpose digital computer made by the Chinese people.

The 103 computer uses magnetic core and drum memory with only 1KB memory and 30 operations per second. Only a year later, 104 computers came out successfully, and the computing speed increased to 10,000 times per second. From 30 to 10,000 times, it only took more than a year.

Since the founding of the People's Republic of China 70 years ago, China's computer research and development and manufacturing has not only achieved from scratch, but also reached the world's top achievements.

Supercomputer is a kind of computer with the strongest function, the fastest operation speed and the largest storage capacity. It is mostly used in the field of national high-tech and cutting-edge technology research. It is one of the important indexes to measure the development level of national science and technology and the comprehensive national strength.

China's first megacomputer of 100 million times is "Galaxy-I" developed by the Computer Research Institute of National University of Defense Science and Technology. Its operation speed is over 100 million times per second.

The development of Galaxy-I began in May 1978 and passed the national appraisal in December 1983. In 1984, Galaxy-I model also participated in the National Day Review of the 35th Anniversary of the founding of New China in front of Tiananmen Gate. 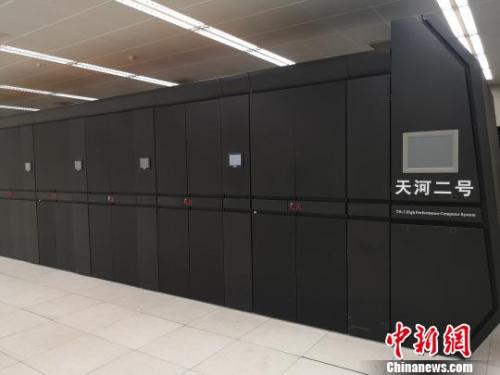 Galaxy was followed by Tianhe. In June 2013, Tianhe II won the top 500 titles in the world, and the development of supercomputers in China reached the leading level in the world.

In June 2016, the world's first peak computing power exceeded 1 billion times a second, and the multi-million-core supercomputer "The Light of the Divine Lake" was born, four times in a row since then.

On 17 June, the 53rd "Global over-the-counter TOP500 list" was issued at the International Supercomputing Conference, held in Frankfurt, Germany. "The Light of the Spirit of the Lake Taihu" and "Tianhe No.2" are third and four.

In terms of the total number of supercomputers on the list, China ranked first with 219 on the list, and the United States ranked second with 116. Lenovo, Tide and Dawn contributed 173 units, 71 units and 63 units respectively.

Xiao Liquan, deputy chief designer of Tianhe No. 2, once said, "it is too difficult to take a road that no one else has ever walked!" But I like to challenge! " Chinese computers continue to challenge the new speed, will give China's economic and social take-off, continue to be equipped with a better engine.

Related news
Chinese IT programmer living in Tokyo
Unveiling the First Computer in New China: It covers 40 square meters and operates 30 times per second
IEEE Computer Magazine will be published in Chinese in 2020
Hot news this week
Xiaomi's new keyboard and mouse product: keyboard can't only be used for typing
$101.58 billion! China's integrated circuit exports hit a record high in 2019: processor accounts for 35.1 per cent
Ali, Tencent join the bureau," health code "can really replace the pass?
Opening of AMD's official store: Ruilong Limited gift box $150
Novel coronavirus pneumonia CDC may be followed by China's suspension of work and suspension of school
Here comes the 7 nm sharp dragon! Lenovo released ideapad slim 7 amd version on the US official website
Samsung TV's global sales volume is the first for 14 consecutive years: qled is twice as big as LG OLED
Alipay's 240 thousand living materials rush to Wuhan, including 70 thousand packets of diapers / sanitary napkins, etc.
"Cloud conference" is coming! Suning will broadcast Huawei new product conference live: held online on February 24
Climate change may dry up this river in the United States. Millions of people will be seriously short of water
The most popular news this week
How about Zhengzhou Foxconn returning to work? 70000-80000 employees in peak season, only 5000 employees in business department
The world's first cat. 1 bit Internet of things chip springvine v8910dm released by violet
China Telecom Broadband Announces Speed Up: Free Upgrade to 200M
By the end of June, China Telecom will provide speed-up services for broadband users below 200m
Qualcomm: Cellosaurus 8655G platform has more than 70 products Cellosaurus 800,1750
Huawei: 5g technology can still be authorized to us Enterprises
Qualcomm: 12 manufacturers and brands have decided to use the 5g smart phone launched by Xiaolong 865
Facebook has tightened its advertising strategy for the new crown: reducing misinformation and panic (Figure)
Lei Jun cheers Xiaomi 10 series again: the goal is to break the price shackles and impact the high-end market
Soul spoiler? "Blade Out" director: Apple bans villain characters from using iPhone on camera