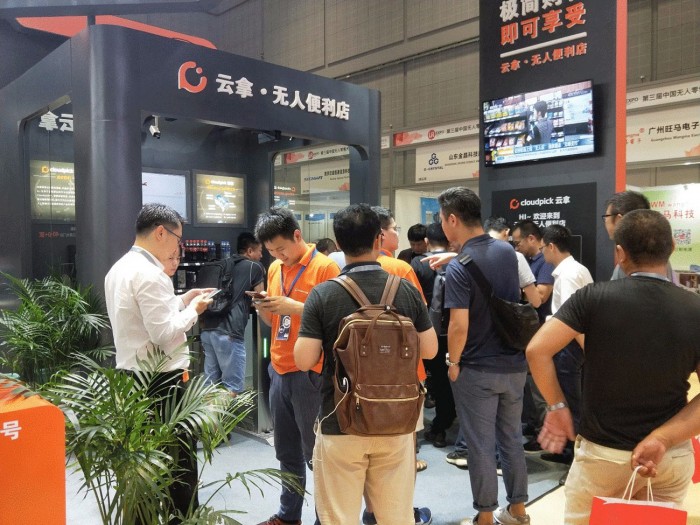 The picture comes from the cloud.

The growing tendency of Japanese companies to adopt cutting-edge technologies from China and other Asian countries, NTT Data and Yuna, is also part of this trend.

Yunna Technology uses sensors and monitors to track in-store customers and through intelligenceMobile phoneThe QR code in the application processes the payment process. It has installed the technology in 30 stores, including Shanghai and Beijing.

NTT Data's new system will integrate cloud technology with its own Cafis cashless payment system and extend it to convenience stores, pharmacies and other retailers in Japan.

Customers will enter stores by scanning two-dimensional codes through smartphone applications, select products and leave. When they leave the store, the system automatically makes a payment.

Although NTT Data started relatively late in this area, it lags far behind Amazon in the United States and China.JingdongBut it hopes the system will be able to deploy to about 1,000 stores by fiscal year 2022.

Yunna Technologies has opened unmanned chain convenience stores such as fruit boxes in China, and it is also one of many Chinese companies that open cash-free stores.

Unmanned stores usually use QR codes, face recognition or biometric authentication to complete the entire payment process. Amazon and many other companies use QR code systems because of their low cost.

A facial recognition system developed by NEC Company is being tested in 711 convenience stores in Japan. Fujitsu has developed a biometric system, which Lotte is piloting at convenience stores in South Korea. Because of the need to adjust the display products from time to time and the fear of shoplifting, retailers generally do not fully accept the idea of opening unmanned stores. Similarly, Chinese consumers are also away from such stores because of the limited variety of goods available for sale and the cleanliness of the stores themselves.

In addition, according to a Chinese retailer, owing to the large initial investment required to open a store, no one can make a huge profit.

It is almost an indisputable fact that stores like this and other unattended stores will become popular due to the severe shortage of local labor in Japan, but it is only a matter of time to wait for the right technological solutions to emerge.

(NTTG), the Japanese telegram and telephone group, is the parent company of NTT Data and one of the leaders in Japan's technology industry. The group spends more than 200 billion yen ($1.88 billion) a year on research and development. But the speed with which new technologies are emerging has forced it to look overseas and seek help from China and other countries.

The group rarely relies on Chinese companies. But NTT Data decided to build a partnership with Yunna Technologies because of its past performance and low cost.

Other Japanese companies are following a similar path. Softbank Corp. Vision Fund has invested in Paytm, India's largest e-commerce payment platform, while Softbank Corp. Group, its parent company, has teamed up with Yahoo Japan to use the technology of PayPay, a joint venture between the two companies, to enter the QR code payment sector.

Related news
Analysts say Japan Display will supply OLED screens for Apple Watch Series 5
Chinese investors give up investing in Japan Display, an Apple supplier
Apple intends to inject $200 million to rescue Japan Display, an iPhone screen supplier
Gu Geyun's purchase price of cornerstone technology is unknown
Google cloud has acquired cornerstone technology and the price has not been disclosed
Semicon China: Huawei and Exxon bring semiconductor intelligent quality inspection and measurement solutions
Hot news this week
China's second-biggest retail channel for smartphones in May Huawei is a step away
Huawei cloud's industrial Internet business experience: how to make the cloud serve the entire "circle of friends"?
After the total ban, the United States announced the arrest of Fujian Jinhua General Manager Chen Zhengkun!
Most people don't know that the hole at the bottom of the original mobile phone also has this function
Japanese legislation forbids walking and playing mobile phones: mobile phones in public places should stand still
A reporter from the United States who was infected with the new coronavirus took part in the trump campaign rally
Synergy Research released 2020Q1 China public cloud market report Baidu Intelligent Cloud stable third
Japanese media: invest 800 billion yuan in ten years, Tsinghua Ziguang self research memory will come out in 2022
Most people don't know that the hole at the bottom of the original mobile phone has this function
Is the market value of hundreds of billions of dollars really overestimated?
The most popular news this week
Equipped with a12x: Apple TV 6 concept image outflow, remote control with display screen
Anti science content is hyped on Facebook, the study found
Snapdragon 875 shipping time exposed next year Android flagship with 100W fast charging and 8p lens
Ubuntu 19.10 will end the life cycle this month
Microsoft improves windows 10 taskbar: users want to be transparent
Independence Day celebrations in the United States ignored epidemic protection, trump was criticized as "extremely irresponsible"
Nanshan Pizza Hut encounter Waterloo: Tencent Heidi silly white sweet title
Amd 7Nm sharp dragon 4000g launched ahead of time: sure enough changed
Apple wants to know: what do you do with the charging head of the old iPhone?
Gree's response to "being disqualified from winning the bid": a mistake made by the bidder in sorting out the materials